Cyberpipe stopped all its activities in 2015.

Cyberpipe, established in 2000, is a cultural and multimedia centre focusing on open source and other free technologies. Cyberpipe engages primarily in open code programming and the recycling of computer devices. Cyberpipe was a part of the K6/4 Institute up to 2013 when the community moved from Kersnikova to a nearby venue in the passage next to the Oton Župančič Library in the centre of Ljubljana.

Cyberpipe is a contemporary-equipped open platform for experimental research of new ways of using technologies of digital production. Accessibility is enhanced with Cyberpipe's online streaming and video archive, which includes video documentation of all of its activities. Most of the Cyberpipe team are volunteers who are interested in technology, computers, and art.

Cyberpipe was established under the slogan "all our code are belong to you" to encourage and develop an open information society in Slovenia. At the time it was one of most important platforms with contemporary equipment for education about computer science and modern information and communication technologies, extending a free wireless network in Ljubljana. The core members were Boštjan Špetič, Daša Lakner, Martin Hribar, Anže Veršnik, and Andraž Tori.

Up to 2013 Cyberpipe had about three hundred educational, cultural and artistic events attended by 60,000 visitors each year.

Series of educational events included Spletne urice (SU) (Web Hours), weekly meetings of web professionals with presentations of current technology topics, and VIP – "evenings for innovative and enterprising people", organised in collaboration with LUI (Ljubljana University Incubator). The monthly meetings were proposed for people interested in selling new technologies and are moderated by Blaž Kos. The MobileMonday wa a monthly event and connects mobile industry visionaries, developers and influentials and created an informal community of people from 90 countries.

In its first period of activities Cyberpipe organised FreeForAll LAN Parties to play open code, free games of different genres (for example, parties for the lovers of old PC games from the 1980s and 90s). It nourished Err0r, a creative collective of people of various backgrounds engaged in experimental intermedia art and alternative ways of its distribution. Cyberpipe also ran the Gallery 404 (g404), which offers space for diverse digital art by emerging artists.

In the period 2004–2012 Cyberpipe organised the HAIP Festival (Hack/Act/Interact/Progress Festival), an international biennial festival that presented works of young or established artists and creative engineers who use open technologies to create multimedia art forms.

Cyberpipe has co-operated with numerous organisations in Slovenia (for example, the Slo-Tech and 3Delavnica teams, regional multimedia centres including Ljudmila - Ljubljana Digital Media Lab, KIBLA Multimedia Centre) and abroad (Mama New Media Centre in Zagreb, HackLab in Pula, for example). Cyberpipe is a member of the M3C Multimedia Centres Network of Slovenia and supports the Creative Commons project.

Cyberpipe housed the first computer museum in Slovenia and organised many events or projects dealing with computer history. The museum was interactive so that visitors could use Commodore 64, ZX Spectrum, Atari 1040ST, Macintosh SE, IBM PS/1, IBM PC XT, etc. In 2013 the museum was hosted by the National Museum of Contemporary History and by Technical Museum of Slovenia. A new association was established in order to open the Computer Museum as a permanent venue with its own educational programme.

Cyberpipe organises all kinds of hands-on software workshops (Open Office, Linux, Blender, Tablix, Cinelerra, DTP, Mozilla Composer, Pure Data) and hardware (how to assemble a computer, circuit board production workshops, soldering workshop, workshop of producing wireless antennas, etc.). The Pipini odprti termini – POT (Pipe's Open Slots) are weekly meetings (an introductory lecture is followed by a discussion) of Linux and other open products users. They are led by Andraž Sraka and organised in collaboration with Lugos.

Cyberpipe also runs Net Art Pipe (NAP), which is dedicated to the exploration of computer-based art and to facilitating discussions on this topic. The programme also features so-called Open Dates – weekly meetings for information exchange – and a monthly LAMM (LinuxAudioMeetMe) that focuses on issues and sound/music production connected with the Linux platform. 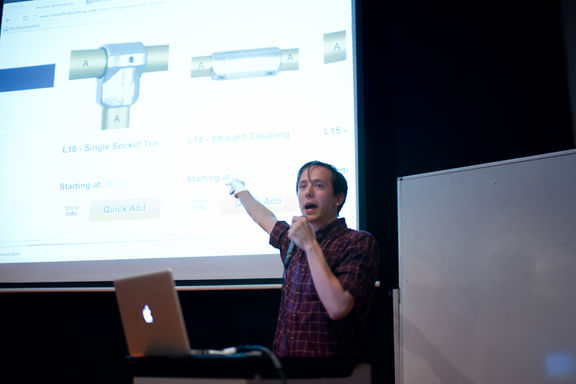 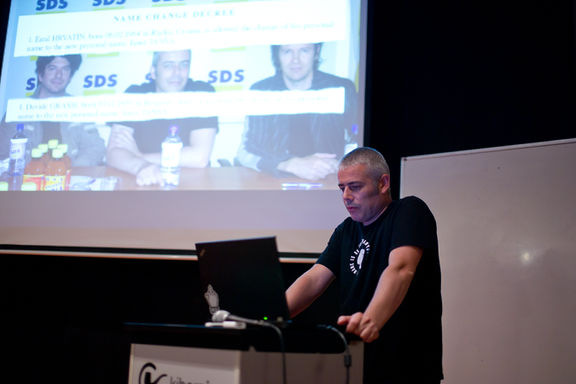