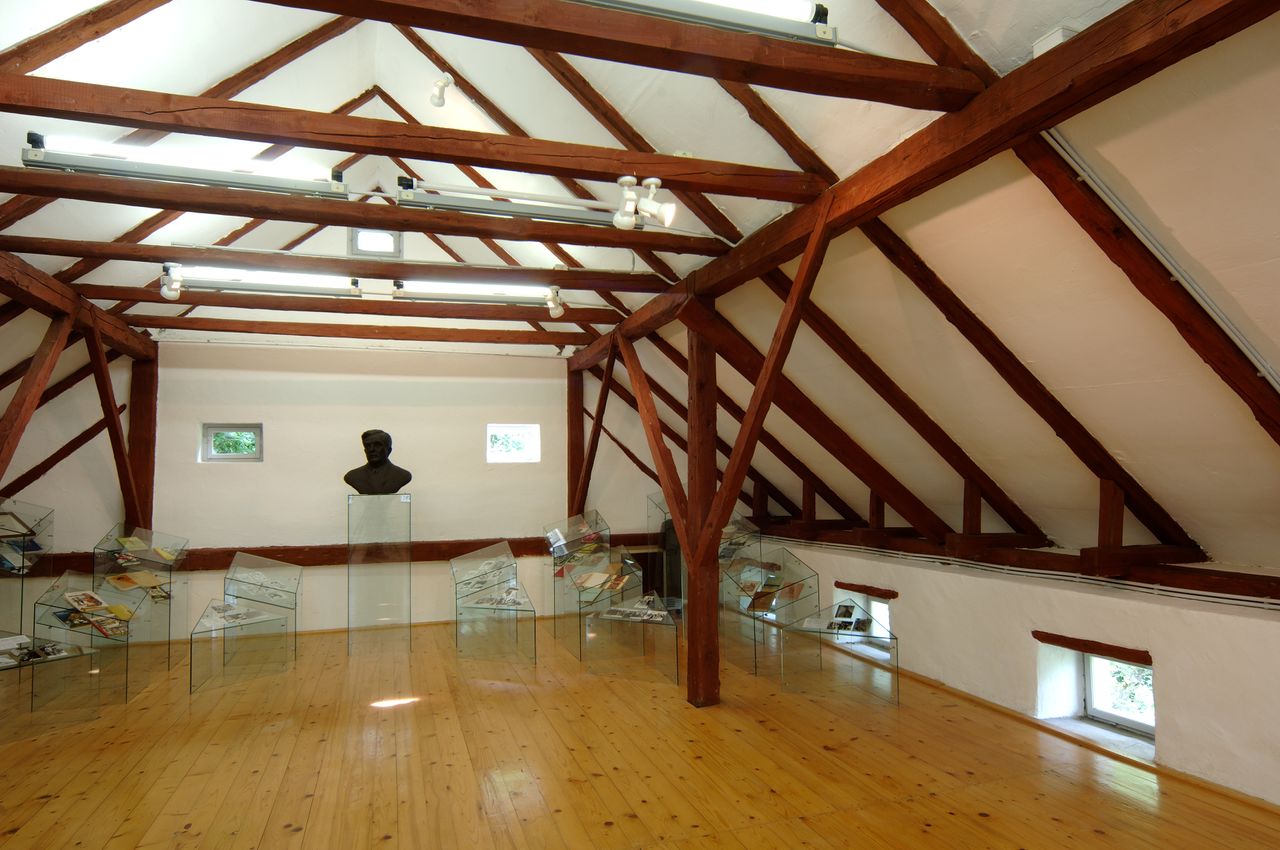 France Bevk Homestead, the attic in which Slovene writer France Bevk (1890–1970) wrote his first book as a 12-year-old boy, transformed into an exhibition room displaying documentation relating to the writer's life and work

Famous Slovene writer, publicist, political and cultural worker France Bevk (1890–1970) was born at the Volar homestead in the village of Zakojca. He spent his childhood and early youth living on a slope of the Kojca mountain, above the Baška Valley.

The France Bevk homestead was opened to visitors in 1990 on the 100th anniversary of the writer's birth. It was established by the Idrija Municipal Museum which also houses France Bevk's Memorial Room, donated by his wife and transferred from Ljubljana to Idrija in 1971. His homestead in Zakojca is nevertheless managed by the Cerkno Museum.

France Bevk is the author of more than 100 novels and collections of poems. Many have been translated into foreign languages. Before the Second World War he was strongly influenced by expressionism; after his war experience, in which he took an active political role as a Partisan, he devoted himself to social realism. In his later years he largely wrote for children. He twice received Slovenia's most prestigious cultural prize, the Prešeren Award (in 1949 and 1954). After his death, the public library in Nova Gorica was named after him.

Several authentically preserved rooms are on display in the house. The basement has a small stable for one or two cows and a few goats. On the ground floor are a vestibule and a kitchen with a hearth and an inbuilt pig kettle. The main living area is, of course, the place where the family gathered for meals and on long winter evenings. The room was heated by a tiled stove, while the modest shoemaker's corner furnished with a small table, two three-legged chairs and tools reveals that Bevk's father also made and repaired shoes. Adjacent is a small bedroom in which the parents and smallest child slept, and another small room for Bevk's grandparents. After their death, this became France's room. Squeezed in the corner between the last small room and the kitchen is a shed for fodder, litter and tools.

An old, steep staircase still leads up to the attic, which is no longer the room in which Bevk wrote and illustrated his first book as a 12-year-old boy. The attic has been transformed into a large exhibition room displaying documents, photos, books and objects relating to the writer's life and work. 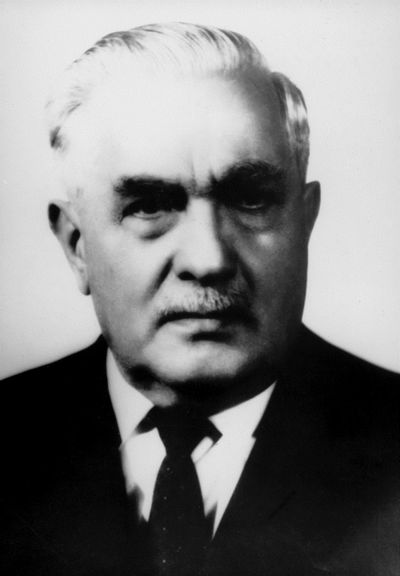 Slovene writer France Bevk (1890–1970), the author of more than 100 novels and collections of poems. After his death, the public library in Nova Gorica was named after him 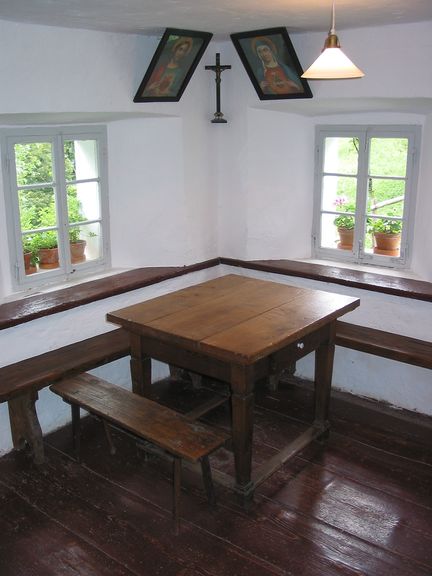 The main living area in France Bevk Homestead, the place where the family gathered for meals and on long winter evenings 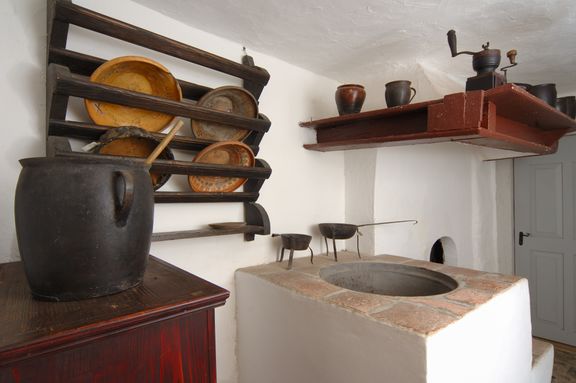 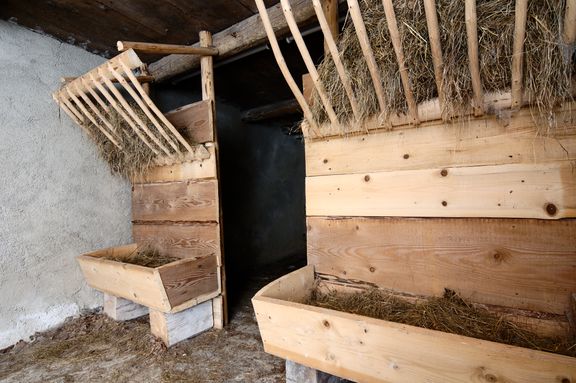 A small stable in the basement of France Bevk Homestead, suitable for a few domestic animals, 2005 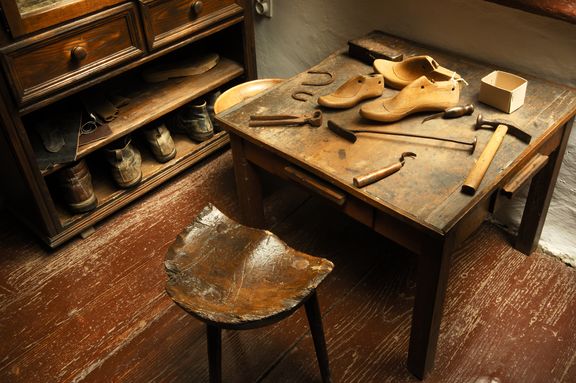 Tools set out in one corner of the main living area reveal that France Bevk's father made and repaired shoes, France Bevk Homestead, 2005 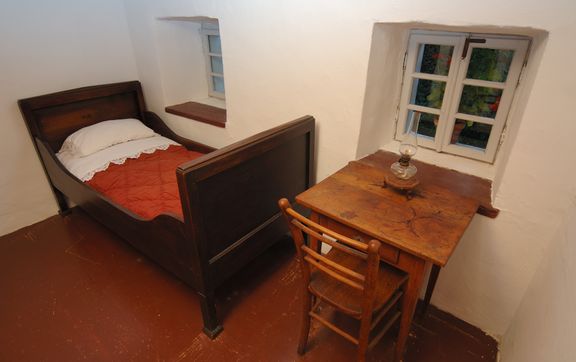 After the death of his grandparents France Bevk slept in this bedroom as a young man, France Bevk Homestead 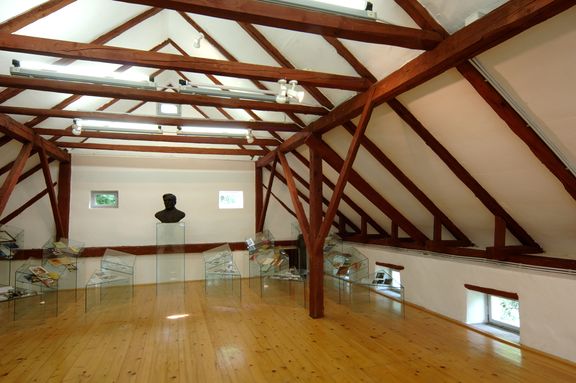 France Bevk Homestead, the attic in which Slovene writer France Bevk (1890–1970) wrote his first book as a 12-year-old boy, transformed into an exhibition room displaying documentation relating to the writer's life and work 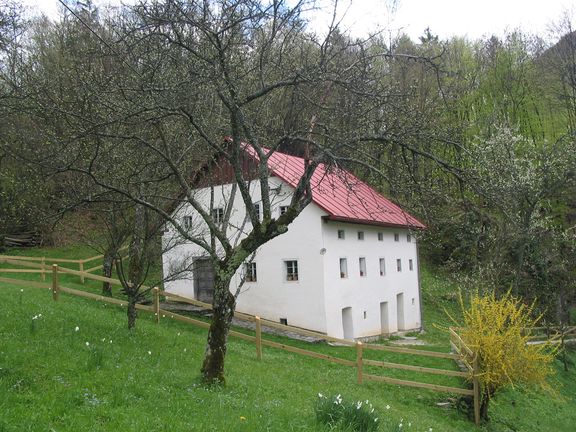