The Ministry of Culture was founded in June 1991 on the basis of the Organisation and Competence of the Republic Administration Act. Under this Act, the existing Republic Secretariat for Culture continued its work as the Ministry of Culture and took over its functions and staff. The existing Republic Secretary for Culture became the Minister for Culture. After the proclamation of independence, the Republic of Slovenia gained its first Minister for Culture on 28 June 1991, the day the Act entered into force.

The Ministry of Culture is the part of the Government of the Republic of Slovenia responsible for regulating those matters in the sphere of culture which are in the public interest. These include involvement in the co-ordinated cultural development of Slovenia, protection of the cultural heritage, ensuring the plurality of the media landscape, providing suitable conditions for the creation, communication and accessibility of cultural assets, guaranteeing the special cultural rights of minorities, international co-operation in the sphere of culture and the promotion of culture at home and abroad. It is the task of the Ministry of Culture to provide suitable opportunities for cultural creation and protection of the cultural heritage. To this end, the Ministry works on the basis of the three main principles of cultural policy: quality, accessibility and diversity. Undoubtedly the first task of the Ministry is to provide suitable opportunities for top-level creativity in cultural spheres.

Equally important is the guaranteeing of the greatest possible accessibility of cultural assets, since the right to culture ranks among fundamental human rights. Closely connected to these two principles is the attention that the Ministry of Culture devotes to cultural diversity. Additionally, the Ministry protects the right to freedom of expression in the media. It provides the possibility of presentation in the media to a broad spectrum of opinions, information and interests, which go beyond the borders of artistic and cultural creation. The most influential communicators of artistic, social and political values today are audio-visual media. For this reason the Ministry of Culture is also involved in the production, screening and distribution of films which narrate Slovene and European stories.

The Ministry of Culture also provides a public service via invitations and calls for applications for the co-funding of public cultural programmes and cultural projects, and by providing technical groundwork, monitoring and analysing the situation in cultural spheres, proposing and implementing a normative framework for the sphere of culture and proposing measures and priority development tasks in cultural spheres. 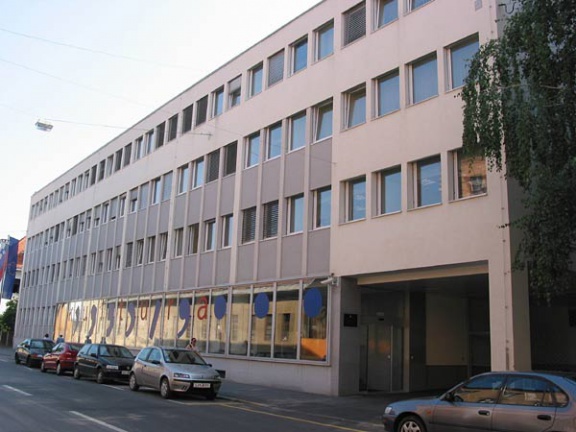