Embassy of the United States of America in Slovenia

The Embassy of the United States of America in Slovenia was opened in 1992. Since 1999 it is located in the historical building at Prešernova 31 in the centre of Ljubljana.

The Embassy of the United States of America in Slovenia conducts diplomatic relations with the Republic of Slovenia and coordinates the activities of all US Government personnel serving in Slovenia. Bilateral cooperation includes political, economic, defense and security, educational, cultural and exchange activities. The embassy provides a range of consular services.

The Public Affairs Section of the US Embassy in Ljubljana promotes the values and culture of American society and administers United States government involvement in cultural activities between Slovenia and the United States. It manages the Fulbright Program in Slovenia and provides cultural grants on annual basis.

In 1970 the United States Information Service (USIS) opened a library, press and cultural center in Ljubljana, named American Center, one of four USIS posts in the former Yugoslavia. Its cultural programmes and a rich library open for wide public played an important role until 1999 when the centre was closed.

The Public Affairs Office of the U.S. Embassy in Ljubljana conducts, on a bi-annual basis, a competition for cultural grants funding for American or Slovene non-governmental nonprofit organisations or individuals whose projects support cultural exchanges and promote cultural ties between the United States and Slovenia.

In 2011 the third Memorandum of Understanding between the Government of the United States and the Government of the Republic of Slovenia concerning the Fulbright Exchange Program was signed. Since 2012 the Fulbright Program in Slovenia has been jointly administered and implemented by the US Embassy and the Slovene Human Resources Development and Scholarship Fund. The Fulbright Program selects up to 8 grantees from Slovenia for their pre- or postdoctoral research in the US, and grants up to 8 scholars from the United States to come to study in Slovenia. 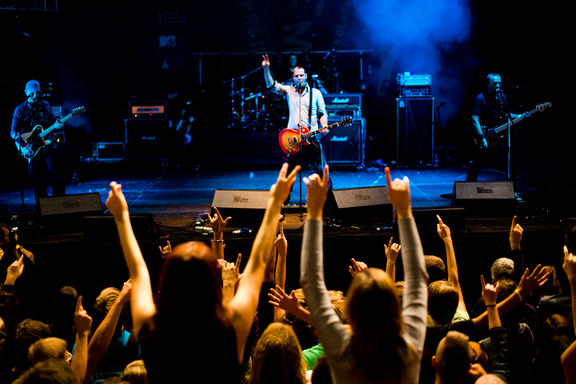