On the portal Culture.si we have been using new media art as terminus technicus. The terminology is explained in the Introduction to New Media Art in Slovenia article.

Established in 2008, the Speculum Artium Festival is an annual venture into the field of new media arts and contemporary techno-culture that takes place in the industrial town of Trbovlje. Delving into territories such as information technology, robotics, bio-mechanics and virtual reality, the festival tries to act as an intermediary between art, technology and society.

A part of the Trbovlje, New Media Setting initiative, Speculum Artium is organised by Delavski dom Trbovlje Cultural Centre (DDT). As of 2010, the festival runs a special sub-programme – the video art festival DigitalBigScreen. 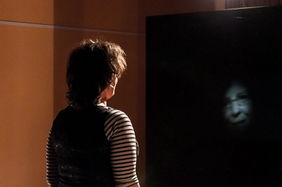 The Nova Gorica Arts Centre (Kulturni dom Nova Gorica) was opened as a regional cultural and community centre back in 1980. Besides being a prominent concert and film theatre venue, it is nowadays also the most important concert producer for classical and early music in Western Slovenia. Besides using its own two event halls, the Arts Centre often sets up concerts at other venues, most regularly at the Kromberk Castle and the Franciscan Monastery at Kostanjevica, a hill just above Nova Gorica. 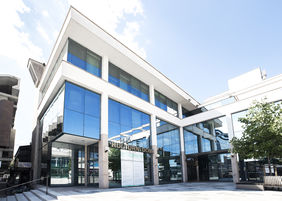 This category has the following 22 subcategories, out of 22 total.

The following 85 pages are in this category, out of 85 total.