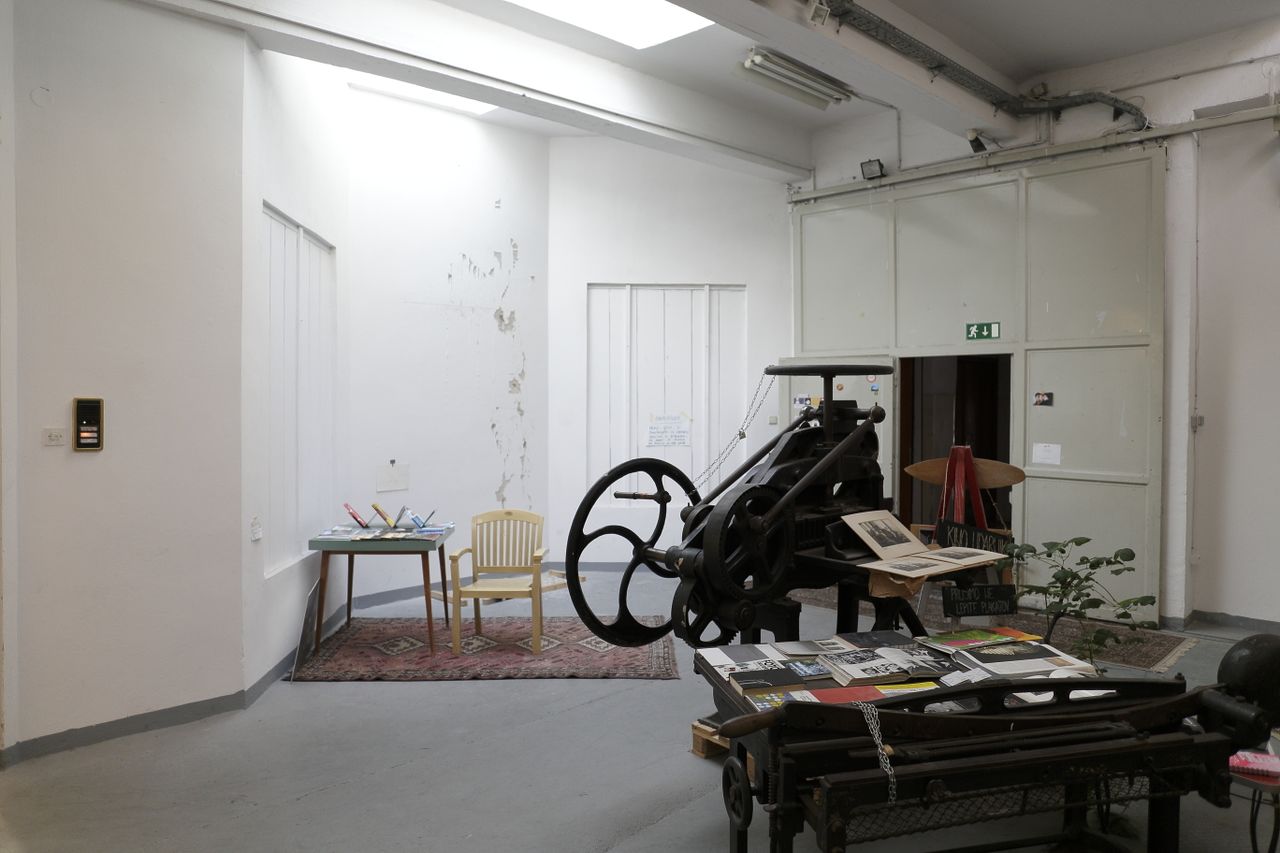 Interior of GT22, 2016. GT22 was established in 2012 as a research, education and production platform that connects creativity, arts and sports. The seat of the "Transnational Guerilla Art School", this so-called inter(trans)disciplinary laboratory hosts a variety of creative spaces, from a hack-lab and a gallery to a skatepark, theatre stage, darkroom and cinema. It operates as an open community, inviting a wide circle of users to participate and integrating its activities within the capacities and needs of its urban environment.

The venue, led by the Institute Foundation Sonda, operates in collaboration with a number of various Maribor-based cultural producers and is under the patronage of the Oset-Puppis family.

GT22 is spaced throughout an early 20th-century house located in the city centre of Maribor. While its first owner, a wealthy merchant Mihael Oset, charged his heirs to foster arts and culture in it, the house has a slightly more varied history. It has been a night club, a museum, and – back in the 1980s – a theatre space used by Tomaž Pandur. It has also functioned as a factory, a clothing store and a warehouse.

In 2012, after some time of non-use, the owners of the house offered it for the purposes of the Maribor, European Capital of Culture 2012 (ECoC) programme. At that time, it was also noticed by Miha Horvat of the Son:DA art tandem, who proposed to the people at ECoC to use this house as an exhibition venue for a collaboration between the Transnational Guerilla Art School and the Graz gallery < rotor >.

After 2012, the house was offered free of charge to the Institute Foundation Sonda, who now runs it in collaboration with several arts and culture organisations, collectives and individuals under the name GT22 (the name comes from its address, Glavni trg 22).

Having some more than a 1,000 square meters at its disposal, GT22 integrates a wide variety of activities. Currently, its spaces are occupied by a net radio in the becoming (YoureUp radio); a skatepark, an experimental theatre group at the Intimate Stage, GT22; a photography museum (exhibiting a part of the legacy of the local photographer Dragiša Modrinjak, which consists of more than 10,000 exhibit pieces); a hack-lab (Post-Art-Lab-Maribor); four galleries (BlackBox, Street Gallery Židovska, Avla.GT22 and Studio 12:22); the CGU Printmaking Art Centre; a theatre group of people with disabilities; a photography darkroom, called Mišnica; the Intimate Cinema, GT22, operated by a crew that works on developing the regional movie culture and some more groups and individuals.

The basement of the building, an ex-nightclub, was transformed into the Intimate Stage, a small theatre space featuring the programme of the Moment Arts and Culture Association. At least 3 times a month it also transforms into the Intimate Cinema, GT22 to host film screenings and talks. Some of the institutions or organisations collaborating in the aforementioned projects are also the Association for Film Culture Development, Maribor, CGU Printmaking Art Centre, Kombajn, Maribor Is The Future podcast and several others. GT22 also actively connects with other institutions and initiatives from outside Maribor and researches the setting up of new frames for education and production of arts and culture.

Among the particular projects that have taken place at GT22, notable is the collaboration with the Art Stays, International Festival of Contemporary Art. Called MADE IN GT22, it is a group photo exhibition consisting of different photographers who have exhibited in the GT22. Amongst the earlier projects, were also workshops on various aspects of street art, on clothing design, and on the various tactics of contemporary art.

As of 2015, various parts of GT22 are used as venues of the Lent Festival programme. The Festival Performa & Platforma is partly stationed here. 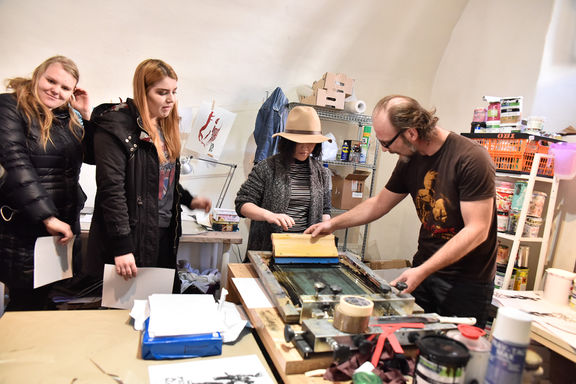 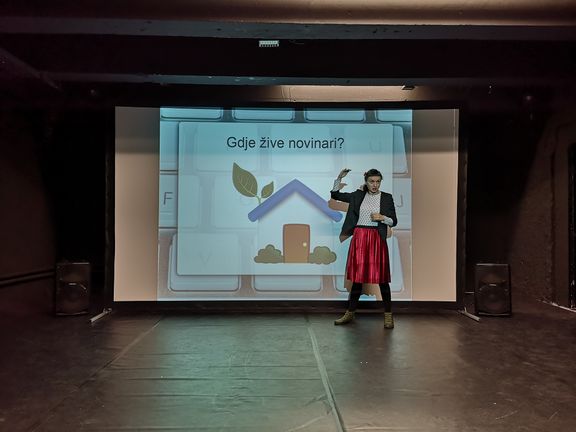 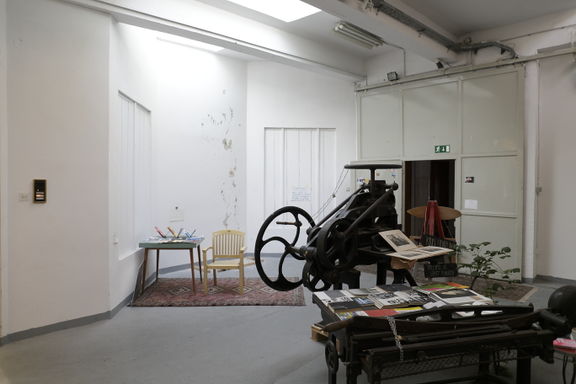 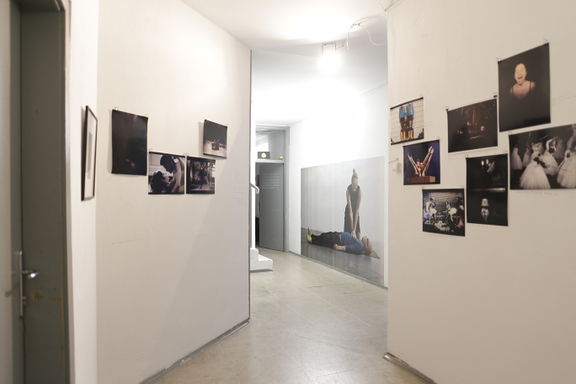 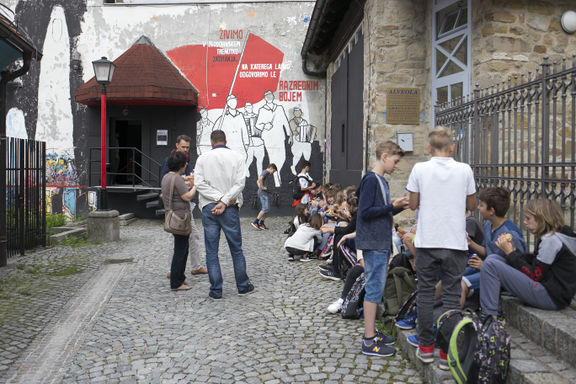