Reframe your knowledge of the Slovenian film scene through articles focusing on every aspect of film production and distribution and even revealing opportunities for skill-building and awards.

The cultural and creative sectors (CCS), including film and audiovisual, have been amongst the hardest hit by the COVID-19 crisis, which has also accelerated the existing trends in AV training and capacity building. The Motovila team explored how three Creative Europe co-funded AV training programmes for project development (with important connections to Slovenia) have been dealing with the sudden changes and effects imposed by the turbulent events of 2020. 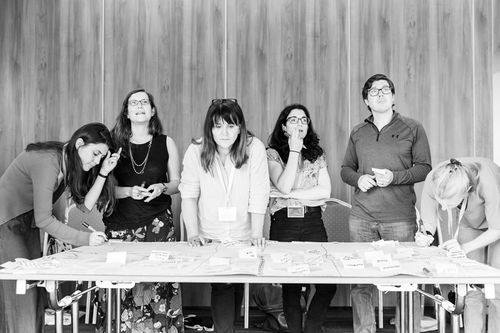 Slovenian Film Centre (SFC) is a public body that supports Slovene film production, post-production, and distribution. The center organises Slovenia’s main national film festival, the Festival of Slovenian Film and grants awards for outstanding achievements in Slovene cinema. It is responsible for the cultural presentation and promotion of Slovene films at home and abroad. One of its tasks is also to promote the development of scriptwriting (through public competitions, workshops and meetings).

This category has the following 21 subcategories, out of 21 total.