The BOFF Bovec Outdoor Film Festival has been going on since 2008. As the name implies, the festival presents films that deal with outdoor sports (such as mountaineering, kayaking, mountain biking, surfing and snowboarding) and also with various takes on the wider issues of nature and ecology. It takes place in the Alpine town of Bovec at the end of December. The call for eligible films is usually open in October.

The festival collaborates with the similarly oriented Koroška Outdoor Film Festival and usually also screens its films at different events and venues around Slovenia (like the Soča Outdoor Festival and the Kinodvor Cinema in Ljubljana).

The festival started out as a part of the Freeride Battle '08 competition at the Kanin ski resort, where an evening was dedicated to a presentation of a handful of films by Slovene authors. The next edition of the festival (which happened only a few months after the first one) still retained its ties with the Freeride Battle, but moved to the Cultural House Bovec (Kulturni dom Bovec) and set up a somewhat more ambitious, international programme. Lasting 3 days and presenting 26 films, the festival established its main categories and regular accompanying programme features.

The concept of "outdoor film" gives the festival lots of leeway in terms of film formats, which range from documentaries and short films to commercials, feature fiction films and combinations of any of these. The topics vary greatly as well, yet, the adventure sports film genre tends to be its distinctive focus.

The 3 main categories since 2009 are nature and ecology; sport and action (feature films); and sport and action (short films). There is often also a non-competitive category for films of a promotional nature, coupled with occasional retrospectives and archival runs. The Festival gives out two Audience awards: for best film of the festival and for the best Slovenian film.

The festival's accompanying programme usually comprises photography exhibitions (some of the exhibited photographers have been Peter Fettich, Branko Bradaškja, Darko Cuder and Rožle Bregar), lectures by different adventurers like the pilot Matevž Lenarčič, talks with film creators, a book fair and music concerts.

The festival also sets up various special events such as a skiing and snowboarding rail contest, a lecture on avalanche safety, a round table on regulations concerning mountain biking and even a stop-motion workshop. 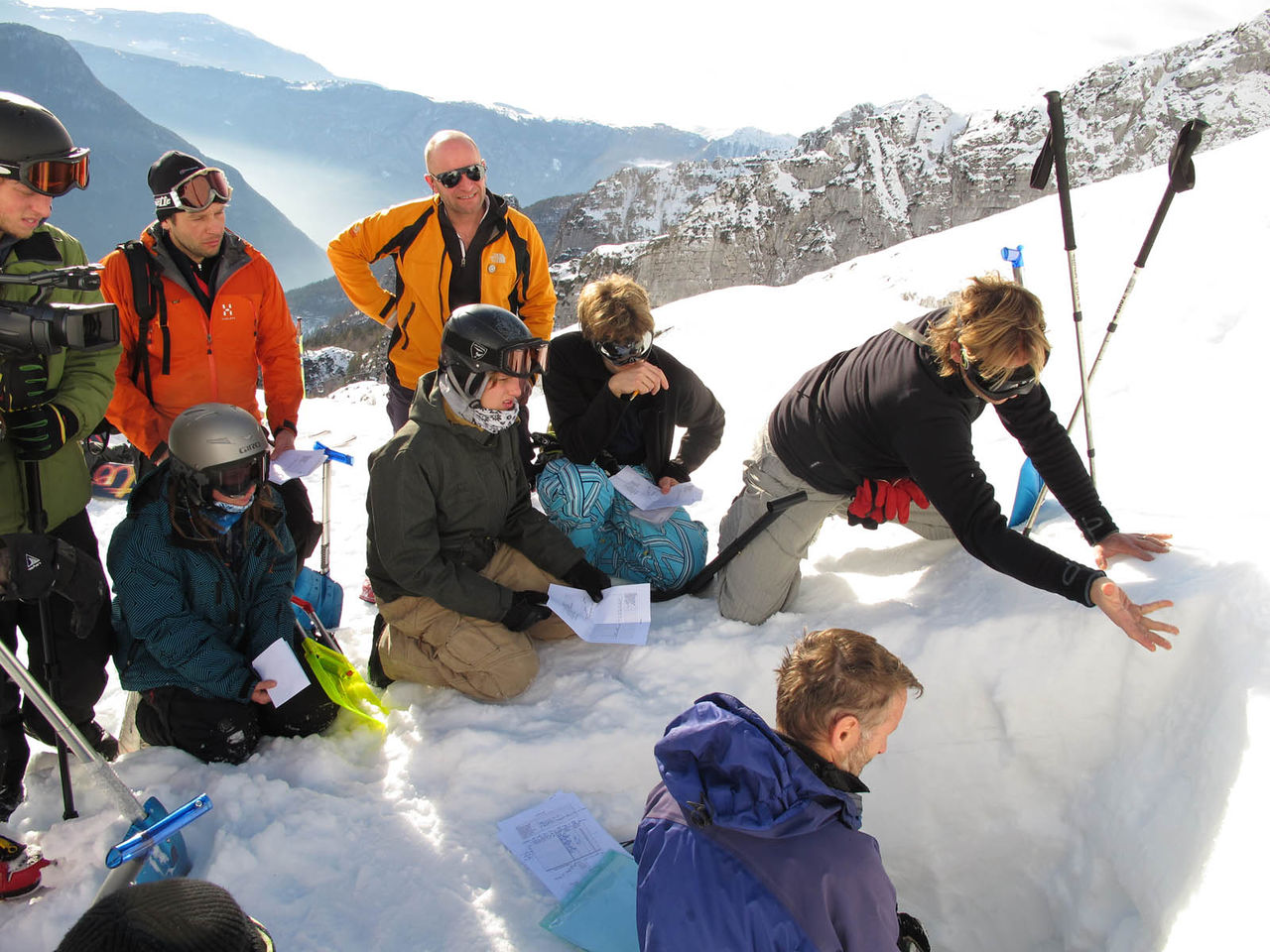 Taking place on the ski slopes of Kanin, the school of freeride skiing was featured as side programme to the BOFF Bovec Outdoor Film Festival in 2011

Creating snow sculptures has been a part of BOFF almost since the beginning, and in 2010, this activity has grown into an independent International Festival of Snow Sculptures. It takes place at the same time as the festival, lasts for 3 days and boasts an international turnout. 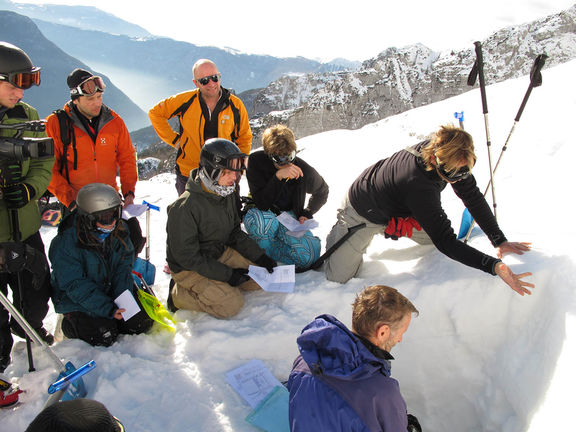 Taking place on the ski slopes of Kanin, the school of freeride skiing was featured as side programme to the BOFF Bovec Outdoor Film Festival in 2011 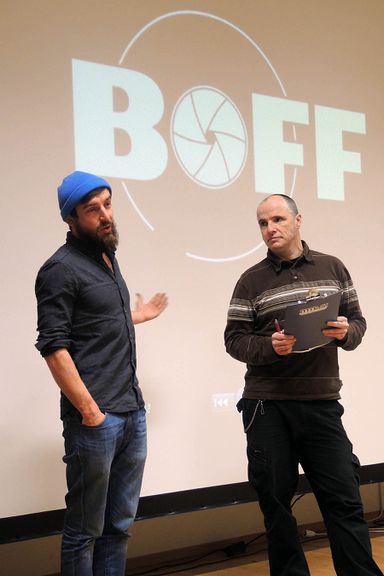 A discussion with Andreas Jaritz, author of the film The Old, the Young and the Sea, taking place at BOFF Bovec Outdoor Film Festival 2013 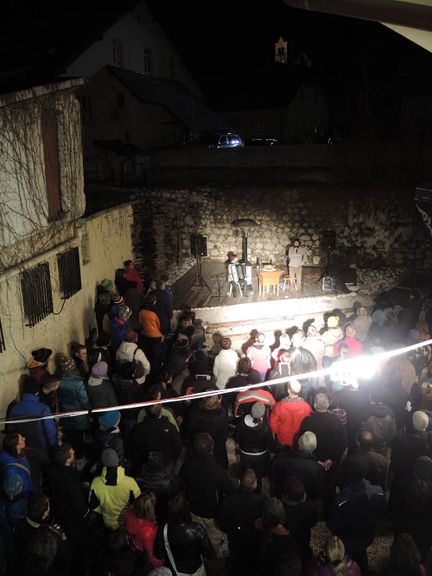 The Čupakabra juggling group performing and lighting up the mood at BOFF Bovec Outdoor Film Festival, 2013 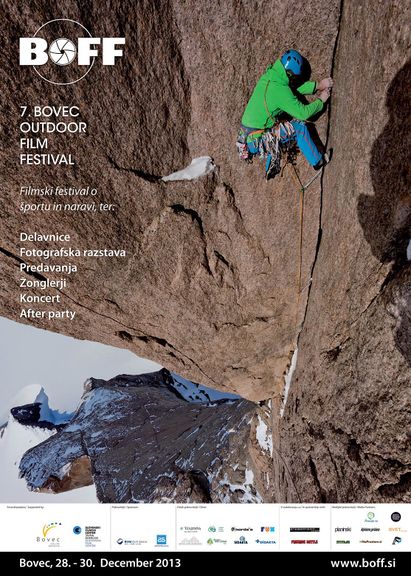 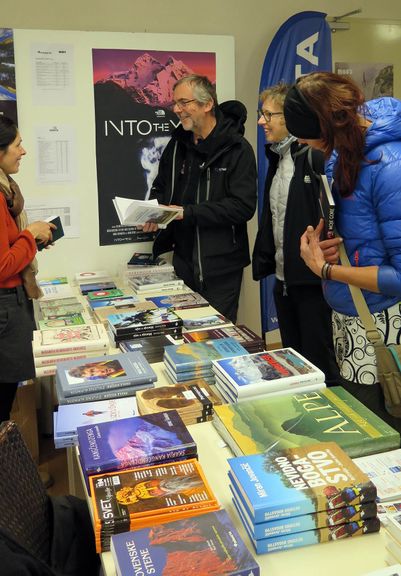 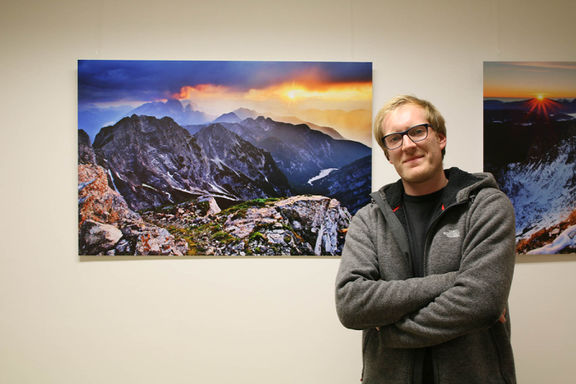 Photography exhibitions are a regular feature of BOFF Bovec Outdoor Film Festival. The chosen photographer for the 2015 edition was Jošt Gantar. 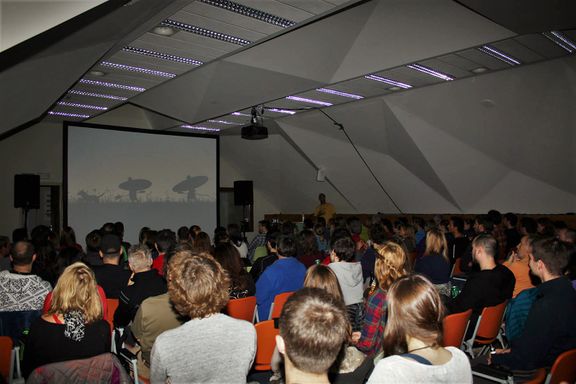 A lecture by Rok Rozman, author of the film Why?, which won a jury award in the Short sport movie section of BOFF Bovec Outdoor Film Festival, 2015 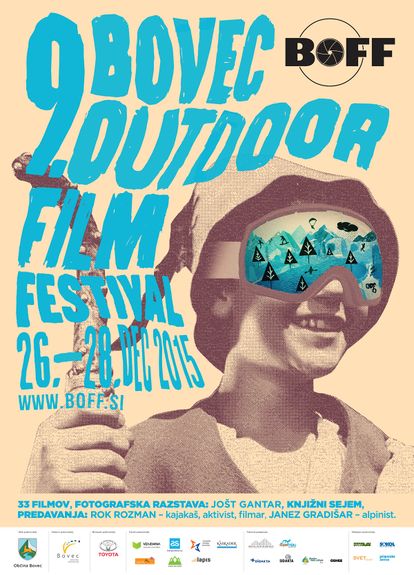