The Ministry of Culture is responsible for regulating those matters in the sphere of culture which are in the public interest. These include: involvement in the coordinated cultural development of Slovenia; protection of the cultural heritage; ensuring the plurality of the media landscape; providing suitable conditions for the creation; communication and accessibility of cultural assets; guaranteeing the special cultural rights of minorities; international cooperation in the sphere of culture; and the promotion of culture at home and abroad. 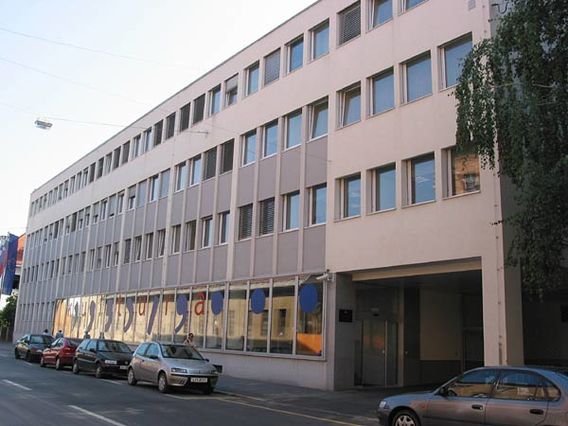 The Ministry of Culture was founded in June 1991 on the basis of the Organisation and Competence of the Republic Administration Act. Under this Act, the existing Republic Secretariat for Culture continued its work as the Ministry of Culture and took over its functions and staff. The existing Republic Secretary for Culture became the Minister for Culture. After Slovenia's proclamation of independence, the Republic of Slovenia gained its first Minister for Culture on 28 June 1991, the day the Act entered into force.

It is the task of the ministry to provide suitable opportunities for cultural creation and the protection of the cultural heritage. To this end, the Ministry works on the basis of the three main principles of cultural policy: quality, accessibility, and diversity. Undoubtedly the first task of the Ministry is to provide suitable opportunities for top-level creativity in cultural spheres. Equally important is the guaranteeing of the greatest possible accessibility of cultural assets, since the right to culture ranks among fundamental human rights. Closely connected to these two principles is the attention that the Ministry of Culture devotes to cultural diversity. Additionally, the Ministry protects the right to freedom of expression in the media and ensures the media pluralism.

On the state level, the Ministry of Culture is responsible for the distribution of the majority of public funds for culture (circa 90%). Total public cultural expenditure in 2015 (state and local funds) amounted to approximately 275 million EUR and corresponded to 0,7 % of the GDP.

The Resolution on the National Programme for Culture for the period 2020–2027, a key document that periodically updates the cultural policy and sets goals and priorities, is being drafted by the Ministry of Culture.

For non-governmental organisations, the Ministry announces (usually in Autumn) a call for public cultural programmes and projects. From amongst applicants in various disciplines 27 cultural programme organisers and producers were selected to sign 4-year contracts for the period 2018–2021, most of them professional support organisations or the producers running a venue or festival platforms (8 performing arts, 8 music, 7 visual arts, 4 new media art). In addition there is a bid for the 4-year cultural projects and an annual bid for artistic projects in all art disciplines, which is open also to smaller organisations and individual artists.

Every year there is also a special call for cultural activities by the Italian and Hungarian ethnic minorities, the Romany community and other ethnic minority groups and immigrants in the Republic of Slovenia.

The ministry supports a few specialised digital web platforms: next to Culture.si also Sigledal.org - Slovene theatre portal and Sigic.si - information on Slovene music, the National Aggregator for Europeana managed by the National and University Library which runs the DLib.si - Digital Library of Slovenia.

There are further special public calls related to international co-operation administered by the European Affairs and International Cooperation Service. One is open on annual basis to creators to bid for short-term residency in apartments owned by the Ministry in New York City, Berlin, London and since 2011 also in Vienna. Multi-annual calls determine the operators of the Creative Europe Desk Slovenia and the international cooperation portal Culture.si.

In 2011 a new financial mechanism: a special cultural fund to support cultural projects or events co-organised by Slovene embassies and consulates round the world was launched by the Ministry of Culture and the Ministry of Foreign Affairs.

The Ministry of Culture collaborates on a regular basis with the Council of Europe and other European bodies (Attaché for Culture and Audiovisual affairs at the Permanent Representation of the Republic of Slovenia to the European Union). Slovenia is a member of European Audiovisual Observatory.

The ministry has its representative in the Slovenia National Commission for UNESCO and contributes into the International Fund for Cultural Diversity (IFCD). It has cooperated also with the European Cultural Foundation and the Asia Europe Foundation (ASEF).

The Ministry is a permanent guest of the EUNIC Slovenia network of the European Union National Institutes for Culture in Slovenia, and the member of the International Federation of Arts Councils and Culture Agencies (IFACCA).

Bodies under the Ministry

The touring exhibition The History of Europe – told by its theatres was presented by theatre institutes/museums in Warsaw, Copenhagen, Vienna, Munich, and London. In Ljubljana it was set in the entrance hall of the Ministry of Culture in 2016.
Retrieved from "https://www.culture.si/w/index.php?title=Ministry_of_Culture&oldid=274389"
Categories:
Hidden categories: