Ministry of Education, Science and Sport

UNESCO has a National Commission in each Member State, comprising eminent members of the intellectual and scientific communities and forming the essential link between those communities and UNESCO, helping each Member State to take maximum advantage of their adhesion to the organisation. Slovenia joined UNESCO on 27 May 1992. Slovenia contributes also into the International Fund for Cultural Diversity (IFCD).

The Slovenia National Commission for UNESCO has been actively participating in UNESCO's educational programmes which have a broader, more basic and global scope providing for lifelong learning and 'education for all'. The Associated Schools Project Network (ASP) is active within the framework of the commission and includes 29 institutions, among them 18 elementary schools and nine secondary schools. The schools take part in international projects and every year a one-week international meeting is held in Piran. A brochure has been published by UNESCO and sent to all the countries.

The commission is also active in the field of heritage programmes, i.e. the UNESCO World Heritage sites in Slovenia. The Škocjan Caves, one of the most famous sites in the world for the study of karst (limestone) phenomena, was inscribed on the UNESCO World Heritage List in 1986. In 2010 the two remains of prehistoric pile dwellings from the Ljubljansko Barje marshlands were selected to become part of the transnational heritage site "Prehistoric Pile Dwellings around the Alps". The next additions were the Heritage of Mercury. Almadén and Idrija in 2012, and the "Ancient and Primeval Beech Forests of the Carpathians and Other Regions of Europe" (including the two forest reserves, Krokar and Snežnik – Ždrocle Virgin Forests in Notranjska Region, inscribed in 2017. The latest inscription "The works of Jože Plečnik in Ljubljana – Human Centred Urban Design" was added onto the list in 2021.

UNESCO’s Tentative List, which is a required stage of the nomination process, currently has four Slovenian entries – Classical Karst since 1994 and 2015, the Fužina Hills in Bohinj since 1994, the Franja Partisan Hospital since 2000 (European Heritage Label 2015), and the Walk of Peace from the Alps to the Adriatic – Heritage of the First World War, a 230 kilometres long trail along the former WWI Isonzo front that was also put on the tentative list in February 2016.

The Škofja Loka Passion Play was inscribed on the Representative List of the Intangible Cultural Heritage of Humanity in 2016. In 2017 the next inscription follows: the Door-to-door rounds of Kurenti, a Shrovetide custom practised through villages and the town of Ptuj. The Bobbin LaceMaking and the Art of dry stone walling, knowledge and techniques (Croatia, Cyprus, France, Greece, Italy, Slovenia, Spain and Switzerland) was inscribed onto the List in 2018.

In 2010 Municipality of Ljubljana took over the prestigious World Book Capital UNESCO title.

Alongside the celebrations in 2008 of the 500th anniversary of the birth of Primož Trubar, the founder of the literary Slovenian language and leader of the Protestant Reformation movement in Slovenia, the National Commission included his birthday on the world's anniversaries list.

UNESCO also supported the Crossradio multicultural radio station network (2001–2009), which included Radio Študent (RŠ) and Mariborski radio Študent (MARŠ) from Slovenia along with independent radio stations from Banja Luka, Belgrade, Mostar, Novi Sad, Sarajevo, Sombor, Skopje, Zrenjanin, Zurich, and Basel. Each week one of these stations contributed a half-hour programme which was broadcast by all members of the network. The aim of the project was to help reduce distrust and tension between the different cultures in South-east Europe, to encourage cultural dialogue and to promote the plurality of media while supporting freedom of expression.

The United Nations Educational, Scientific and Cultural Organisation (UNESCO) seeks to encourage the identification, protection and preservation of cultural and natural heritage around the world considered to be of outstanding value to humanity. This is embodied in an international treaty called the Convention Concerning the Protection of the World Cultural and Natural Heritage, adopted by UNESCO in 1972. What makes the concept of World Heritage exceptional is its universal application. World Heritage sites belong to all the peoples of the world, irrespective of the territory on which they are located.

UNESCO has a National Commission in each Member State, comprising eminent members of the intellectual and scientific communities and forming the essential link between those communities and UNESCO, helping each Member States to take maximum advantage of their adhesion to the organisation. Slovenia joined UNESCO on 27 May 1992 and formed Slovenia National Commission for UNESCO. 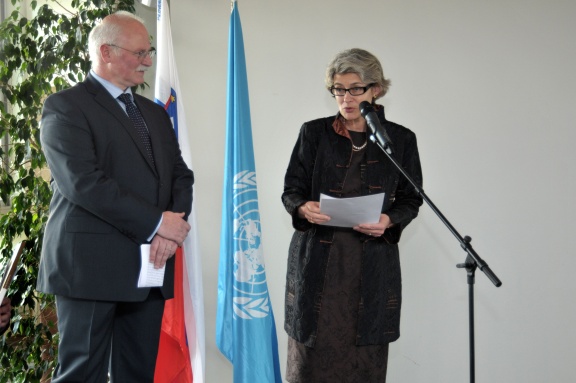 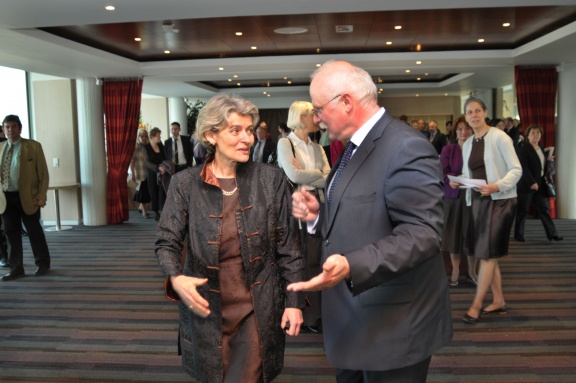