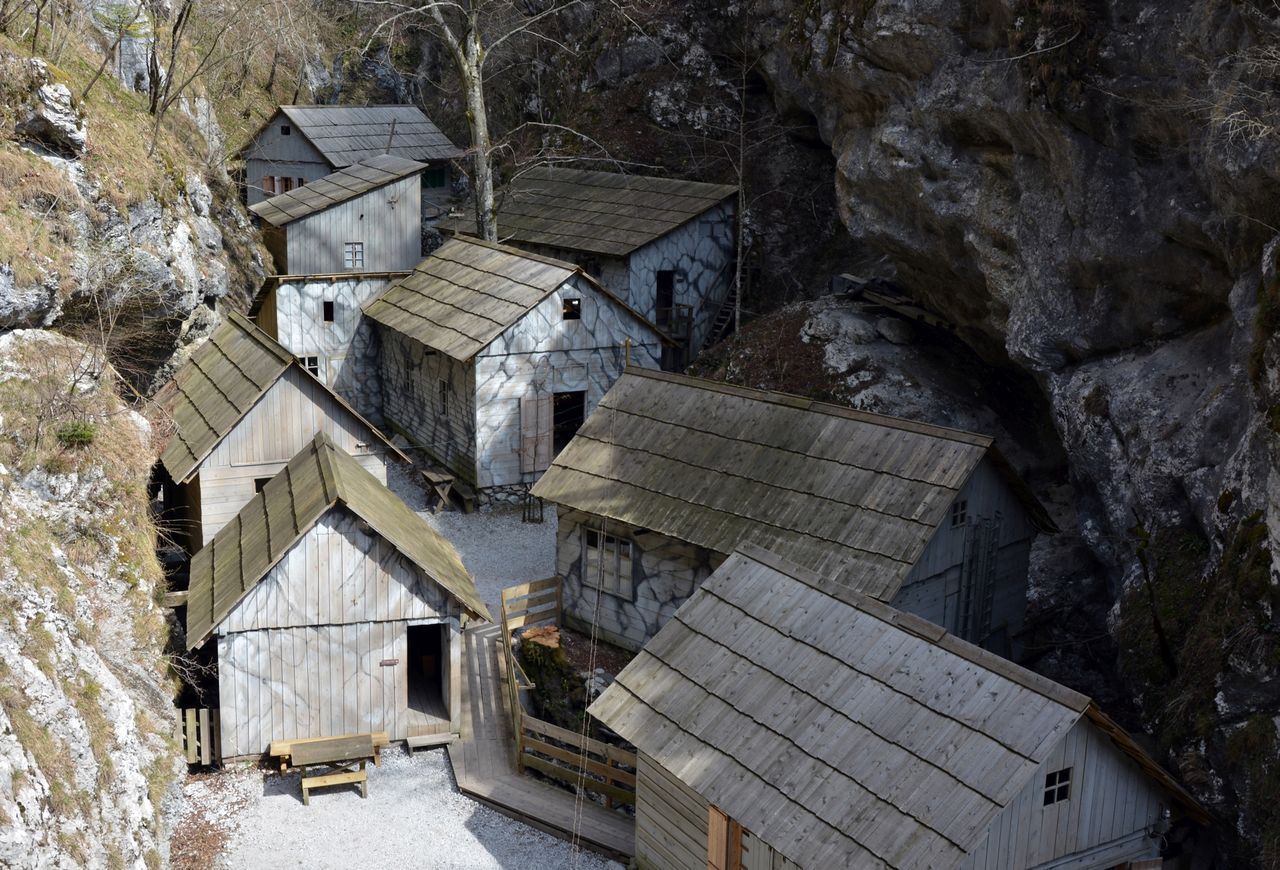 The Franja Partisan Hospital at Dolenji Novaki near Cerkno is a cluster of functionally-arranged Partisan hospital facilities located in the narrow, barely accessible Pasice Gorge, which is itself a natural attraction. The hospital complex comprises 14 wooden buildings and several small auxiliary facilities which were gradually set up in the period from December 1943 to May 1945.

The hospital was among the best-equipped of clandestine partisan hospitals, with an operating room, an X-ray apparatus, a care facility for the disabled, and a small electric plant. Most of the equipment was preserved in situ till the flood in 2007. A complete renovation was finished in May 2010. The hospital is administered by Idrija Municipal Museum.

The Slovene military Partisan Hospital Franja was one of the many field hospitals that operated in Slovenia during the Second World War. They formed part of the widely organised resistance movement against fascist and Nazi occupying forces. The successful operation of these hospitals would not have been possible without the enormous support of those who cared for the wounded, many times risking their own lives.

The hospital is named after the Partisan doctor in charge Franja Bojc Bidovec (1913–1985). It was among the best-equipped of clandestine partisan hospitals, with an operating room, an X-ray apparatus, an invalid care facility, and a small electric plant. Most of the equipment was preserved in situ (till the flood in 2007). 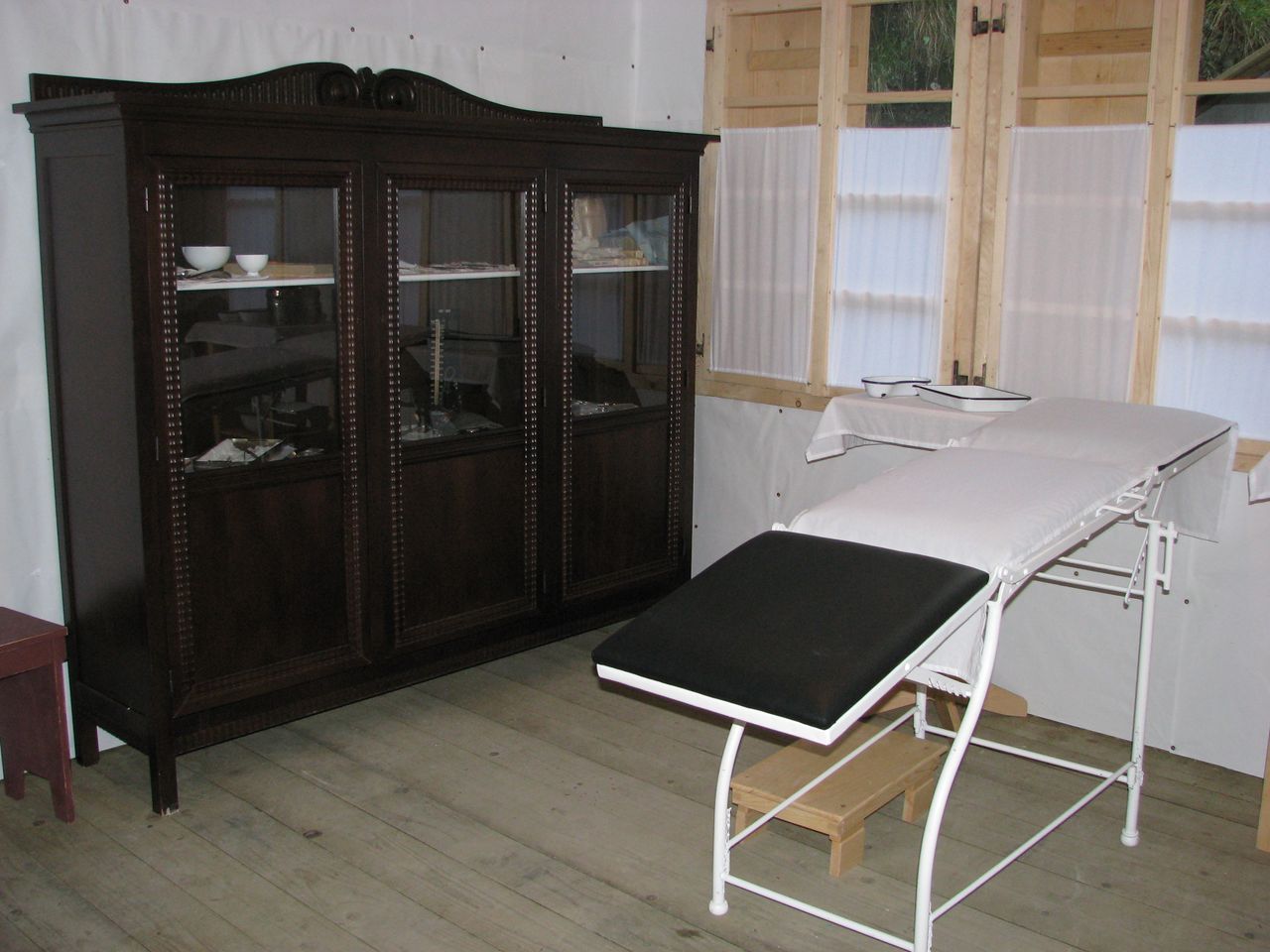 The hospital had a capacity of up to 120 patients, and provided treatment for a total of 578 severely wounded persons. According to the archival records some 877 wounded soldiers of various nationalities were treated in Franja and its dislocated units alongside Slovenes and citizens of Yugoslav nations, including Italians, French, Poles, people from Soviet Union, Americans, and two Austrians. One of the patients, a captured German soldier, was kept as a part of hospital staff after his recovery until the end of the war. During the entire period of the hospital's operation, 78 patients died.

Conspiracy and security were of crucial importance to all clandestine partisan hospitals because, if discovered, they lacked effective defence mechanisms. Most of the route leading to the hospital ran along a stream flowing through the gorge. The wounded were blindfolded and carried to the hospital by its staff, most often at night. In selecting its location, consideration was also given to adequate self-defence in the form of minefields and machine-gun nests, and for this purpose the hospital was accessible only by footbridges and a drawbridge hidden in the steep Pasice Gorge. Still preserved in the precipitous canyons rising above the stream are several fortified bunkers and natural caves – hiding places for the wounded. Although enemy forces launched several searches for the hospital, it was never discovered. 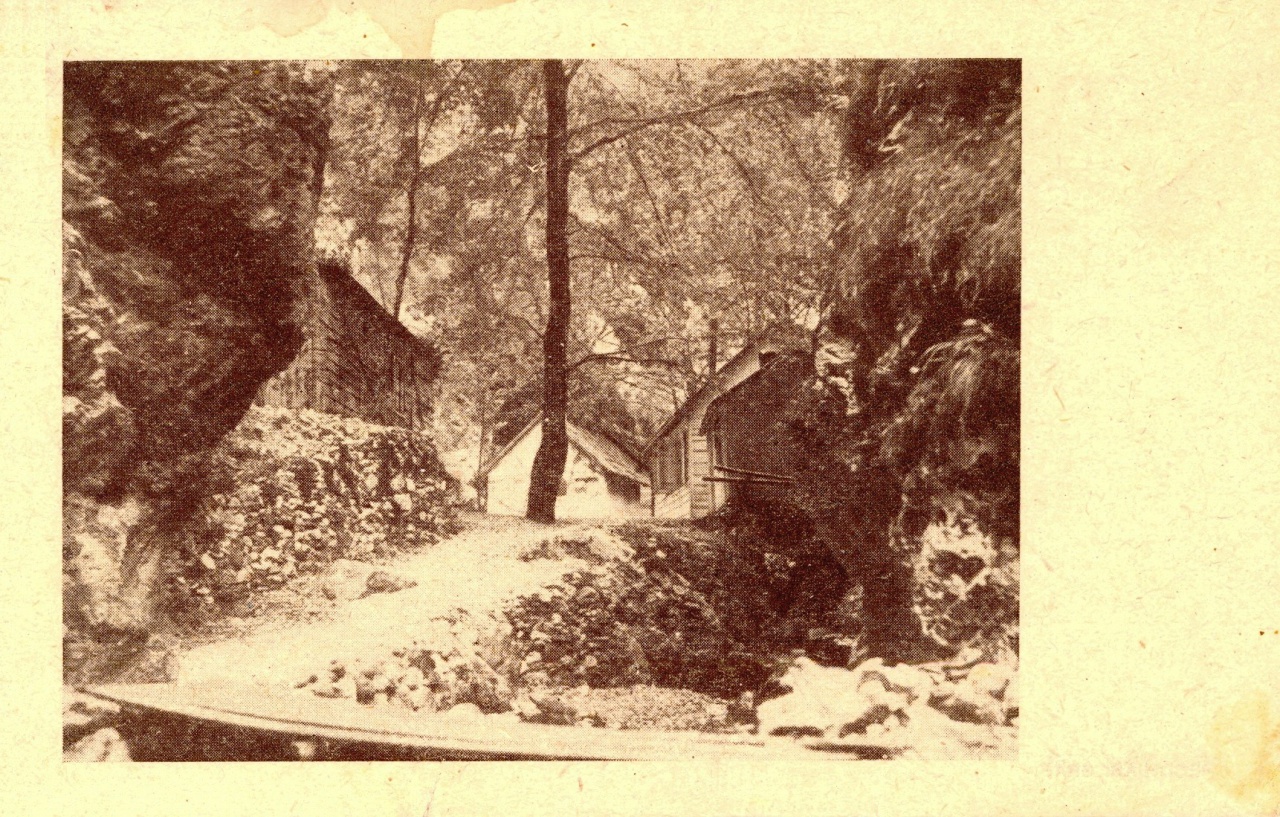 The Franja Partisan Hospital is a precious reminder of humanity and comradeship, and a symbol of international unity and resistance during the time of one of mankind's most difficult tests. It represents virtues that are an indispensable part of the present as well as future relations between the nations and countries of the world.

Reconstruction after the catastrophic flood in 2007

Huge floods devastated Franja Partisan Hospital on 18 September 2007. Entrance to the Pasice Gorge was not possible and all visits were cancelled. By May 2010 it has been entirely rebuilt to replicate the original.

Some 800 original specimens had been exhibited in the Franja Partisan Hospital. Approximately 225 items remained undamaged, others were only partly preserved or destroyed completely. Idrija Municipal Museum developed a plan for the future exhibition set-up in the reconstructed monument. It served as a basis for collecting and keeping records of the items, and for making the replicas which will substitute for the originals. The reconstruction project (funded by the Ministry of Culture and the Ministry of the Environment and Spatial Planning) represented a special challenge due to the fact that the material heritage has mainly been lost, while its messages remain alive and topical. 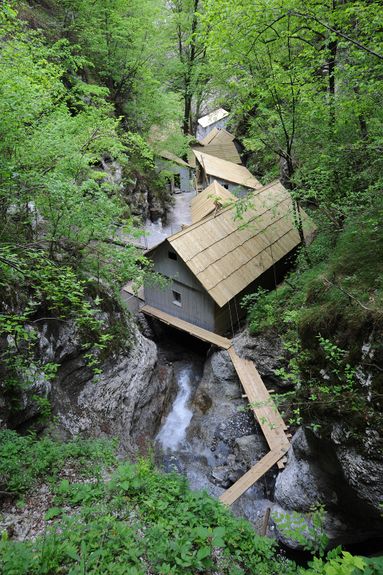 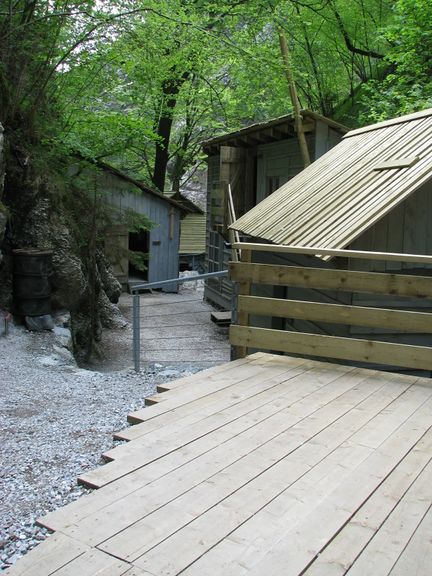 The exterior view of the Franja Partisan Hospital 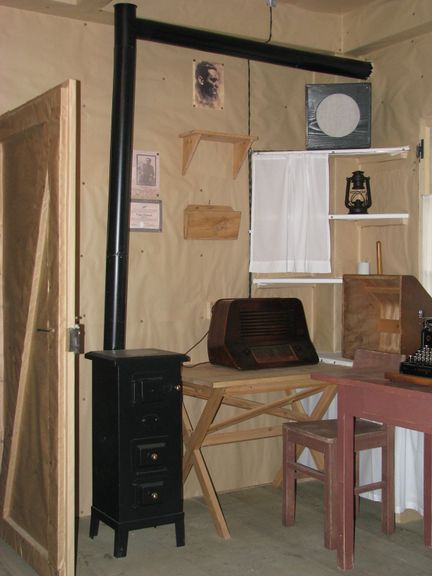 The interior of the doctors' room at the Franja Partisan Hospital, one of the many field hospitals that operated in Slovenia during the Second World War, named after doctor in charge Franja Bojc Bidovec 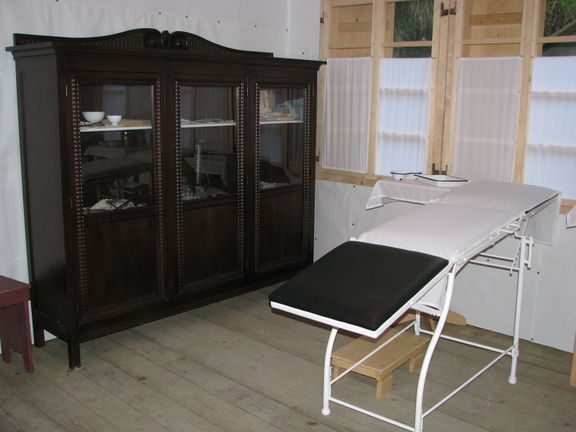 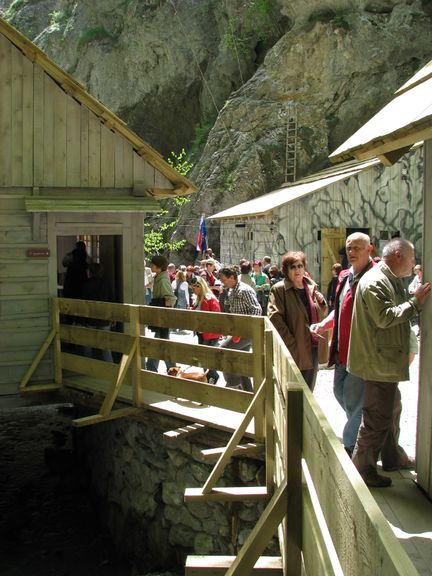 The reopening of the Franja Partisan Hospital in May 2010, reconstructed after a catastrophic flood in 2007 that caused extensive damage and made the steep Pasice Gorge impassable 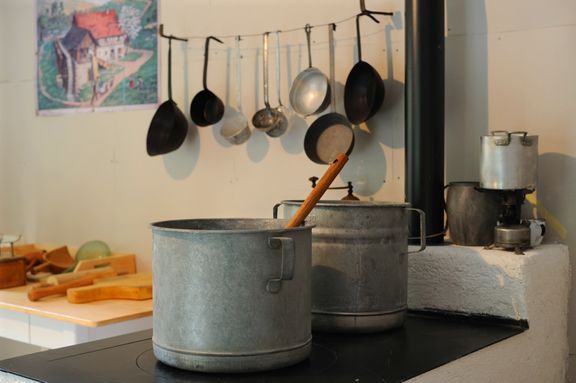 A kitchen interior at the Franja Partisan Hospital. An original 1943 interior had to be reconstructed after floods in 2007. 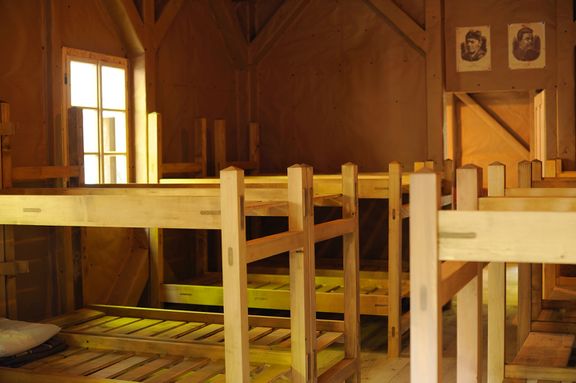 A room with bunk beds for the wounded in one of the 14 barracs of the Franja Partisan Hospital. A reconstructed site, 2010. 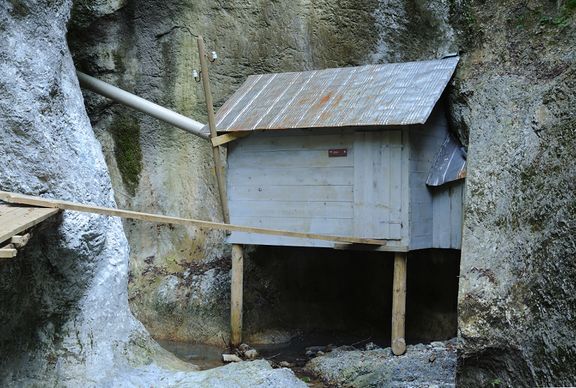 A power plant situated next to the Franja Partisan Hospital. A reconstruction 2010. 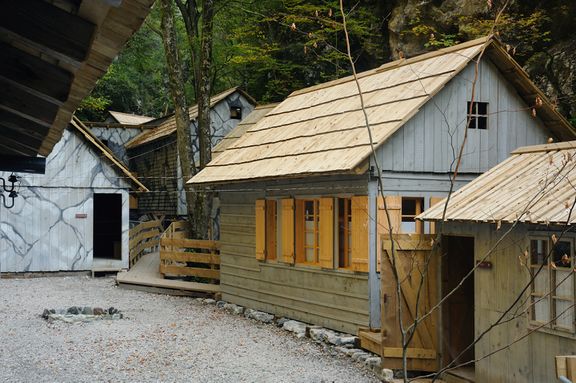 One of the barracs with an X ray & operating room. After reconstruction in 2010. 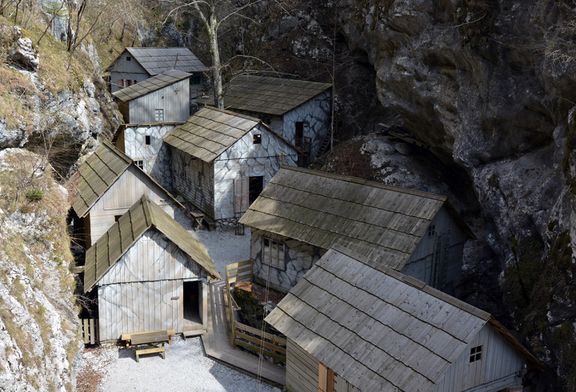 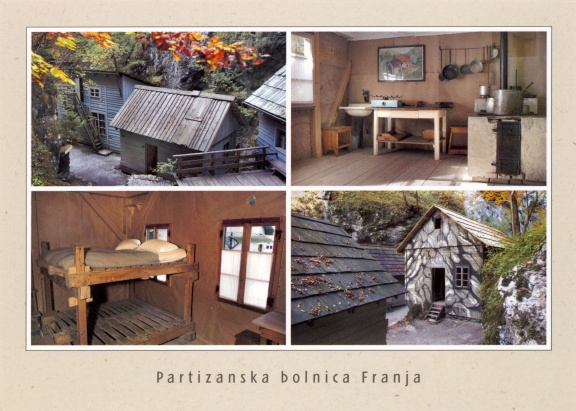 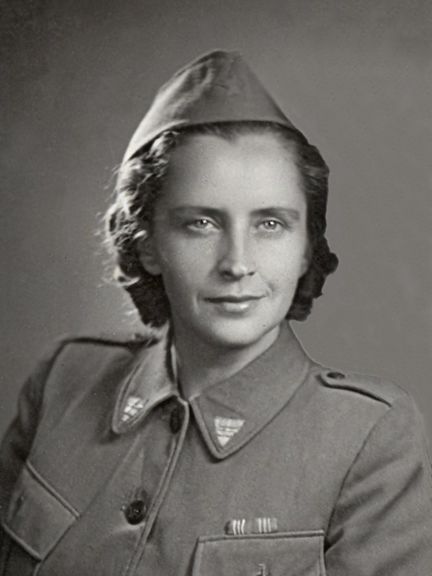 Dr Franja Bojc Bidovec, a doctor in charge at the Franja Partisan Hospital, which was named after her 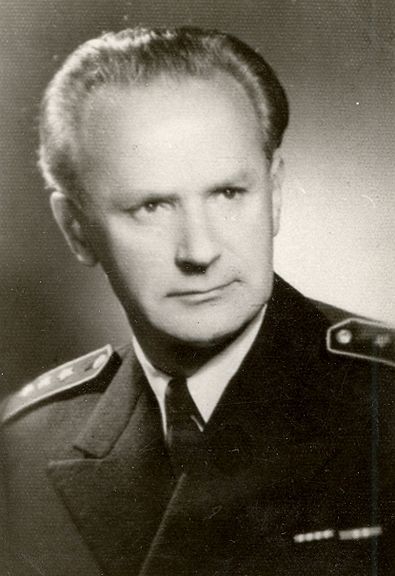 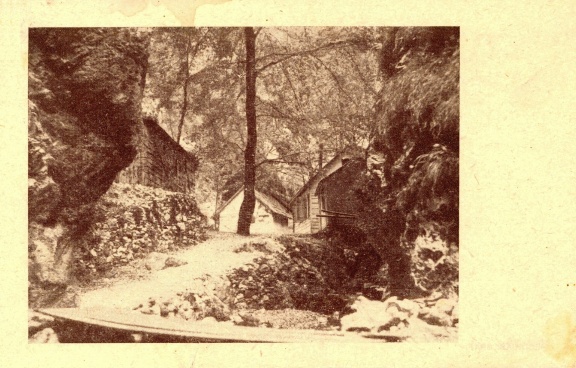