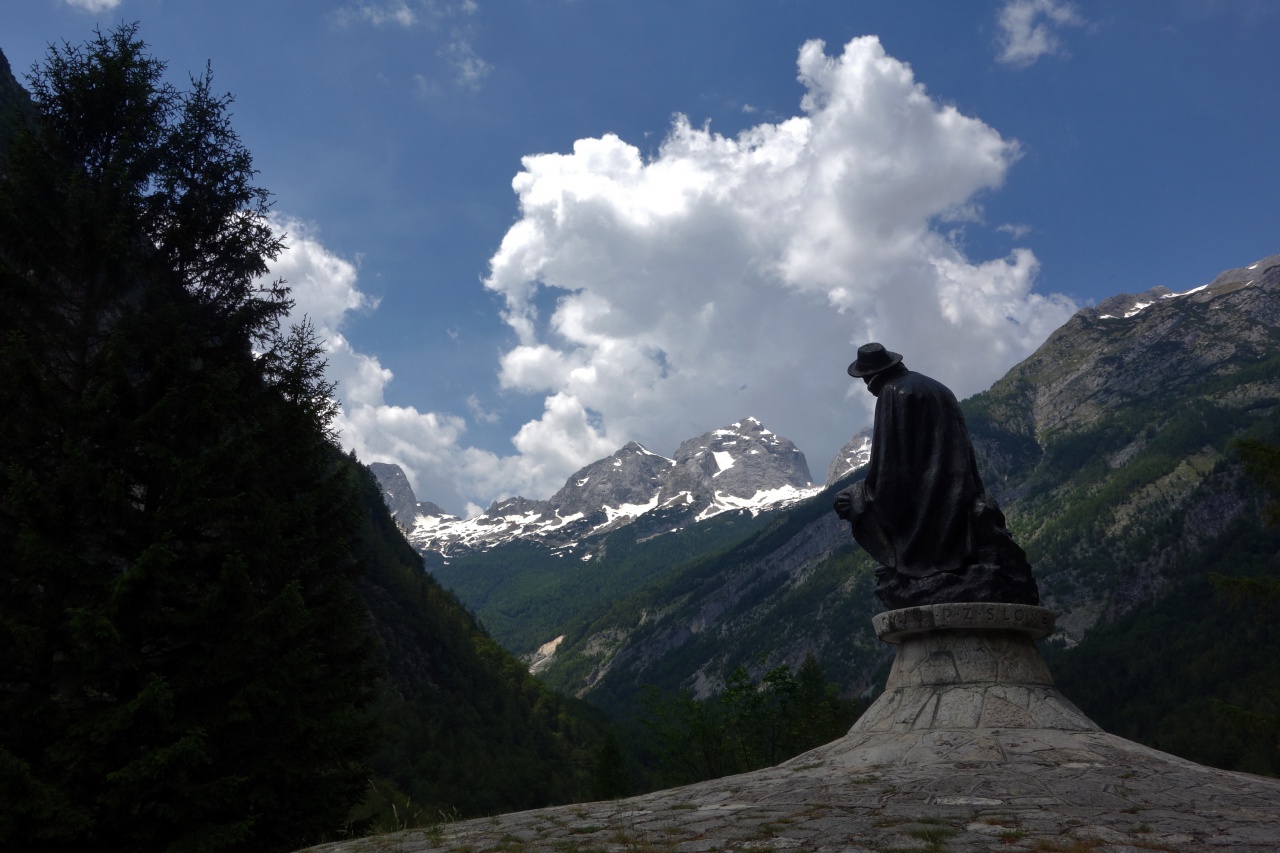 A statue of Julius Kugy with the orientation toward Jalovec Mountain. Julius Kugy (1858-1944) was a mountaineer and researcher of Julian Alps, Triglav National Park, 2014

Triglav National Park extends along the Italian border and near to the Austrian border in the northwest of Slovenia, that is, in the southeastern section of the Alps. The park's territory is nearly identical with that occupied by the Eastern Julian Alps. The park covers 83,807 ha, or 4% of the territory of Slovenia. It is relished for its pristine nature with beautiful trekking paths into the high mountains, glacier lakes, cosy lodges and shelters and a lot of historic ethnographical and natural monuments. TNP was among the earliest European parks; the first protection by law dates back to 1924 when the Alpine Conservation Park was founded, but the first serious idea for protection came from seismologist and natural scientist Albin Belar already in 1908.

Protecting and conserving the TNP's ecosystem

The principal task of the Triglav National Park Public Institute is the protection and conservation of the pristine nature of the park, but the institute also carries out specialist and research tasks.

TNP has a very diverse ecosystem from the lowest point of Tolminka River 180 metres above sea level with its narrow gorges to hills with vast forests and meadows to high mountain rocky landscape with rare protected plants and wildlife. Since 2003, the Alps and TNP have been protected by UNESCO as a biosphere reserve as part of the Sevilla strategy.

Triglav National Park Public Institute is also responsible for preserving the autochthonous cultural heritage as a basis for sustainable development.

The cultural heritage of the park is very diverse and picturesque because the park lies at the meeting point of various climates as well as various cultures, each of which has left a mark on the cultural heritage of the area. The Alpine cultural heritage connects Slovenians with the family of Alpine nations (France, Switzerland, Monaco, Italy, Liechtenstein, Austria, Germany and Slovenia). In the past, 4 major economic branches prevailed in the region: iron foundries, charcoal-burning, forestry and Alpine dairy-farming. These economies also shaped the customs of the people living there. Today, agriculture with its pastoral economy, crafts (wood and wool products) and tourism are the major economic activities in the park, with some 2,400 inhabitants (2014) and nearly 2 million visitors per year (2015).

A number of museums are located within the borders of the Triglav National Park, including the Slovenian Alpine Museum in Mojstrana, Upper Sava Valley Museum, Jesenice, the Kobarid Museum, Oplen House, the Museum of Alpine Dairy Farming, Stara Fužina and the Tolmin Museum. 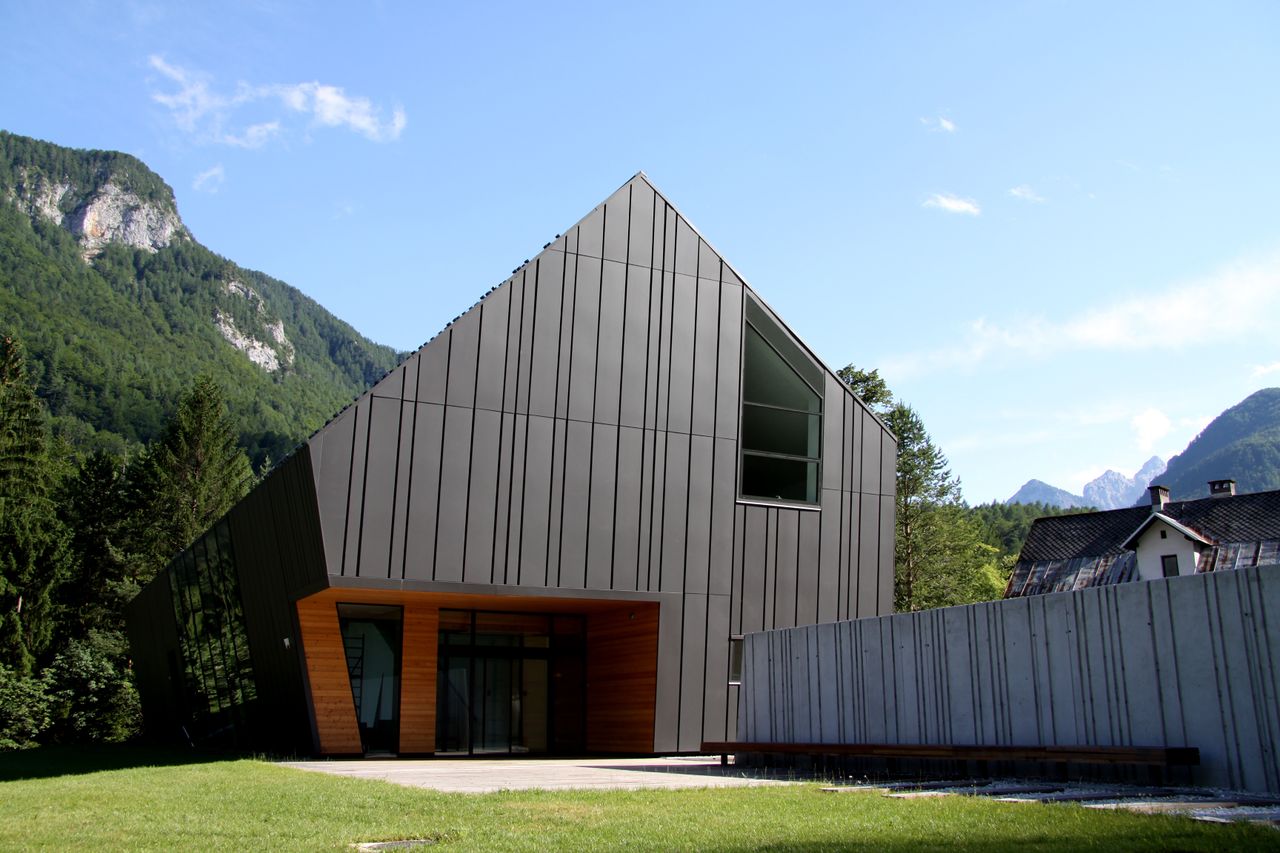 The entrance of the Slovenian Alpine Museum opened in August 2010

TNP is a member of ALPARC, the international Alpine Network of Protected Areas. Within the European Union funding mechanisms (mostly Interreg programmes), TNP has been active in various regional projects such as Palpis (Cross-border cooperation and cross-border management plans for conservation important areas in the southern Julian Alps with the Italian National Park Prealpi Giuliae; 2000–2006), the Info centre of TNP at Bled (with National Park Hohe Tauern; 2005–2006), Alpencom (ALP ENvironmental COMmunication, with the French Les Ecrins as lead partner; 2005–2008), etc. 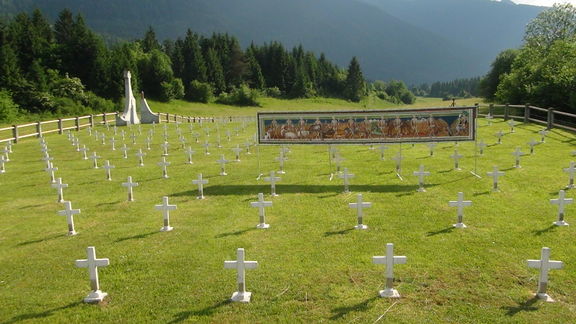 The Animal Dance Macabre painting by the Domestic Research Society at the Rebro World War I cemetery, Triglav National Park, 2015 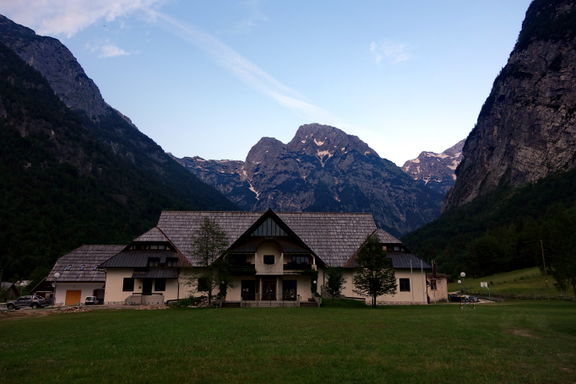 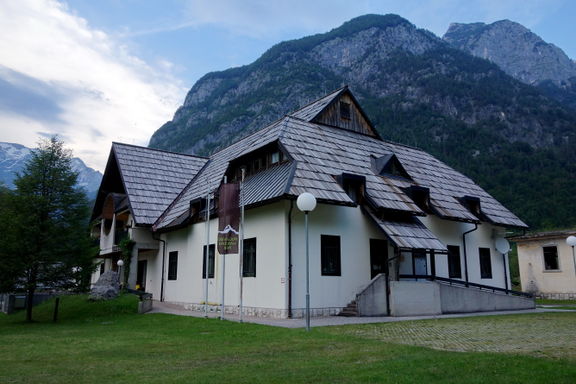 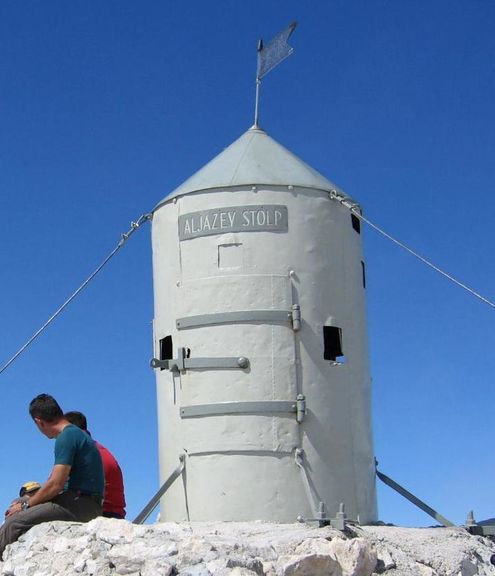 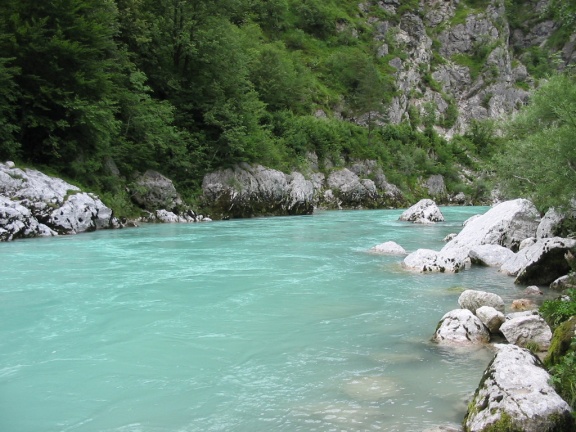 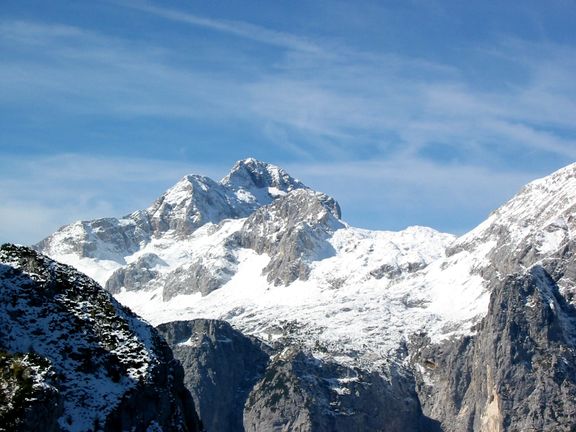 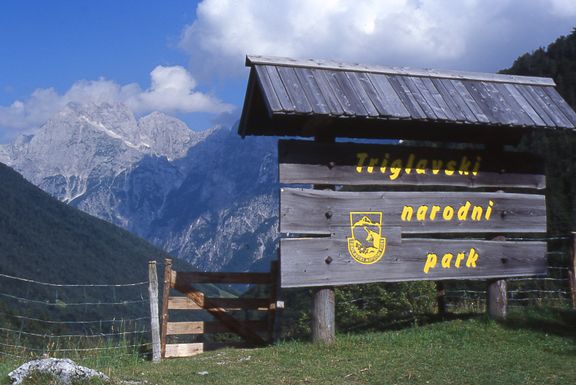 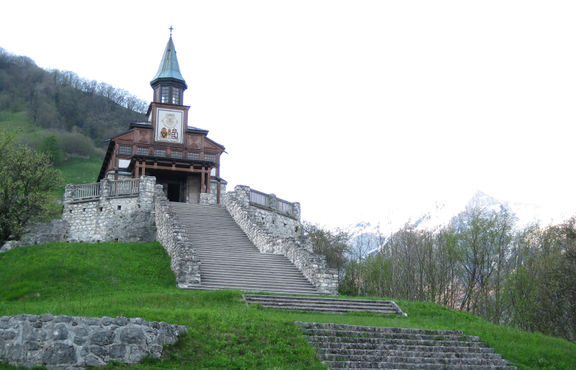 Javorca, Memorial Church of the Holy Spirit (sv. Duh), built by Austrian soldiers in the year 1916, the only memorial church of the Austro-Hungarian army in the area of the Isonzo front preserved until today. Triglav National Park 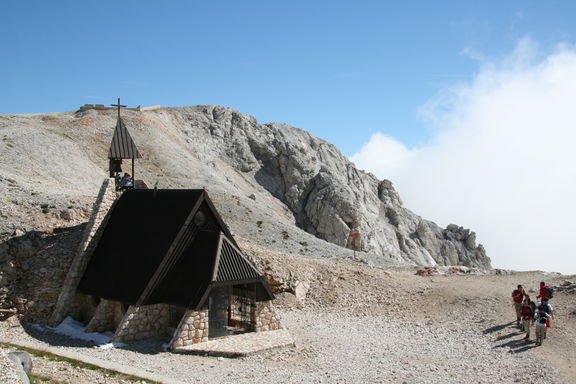 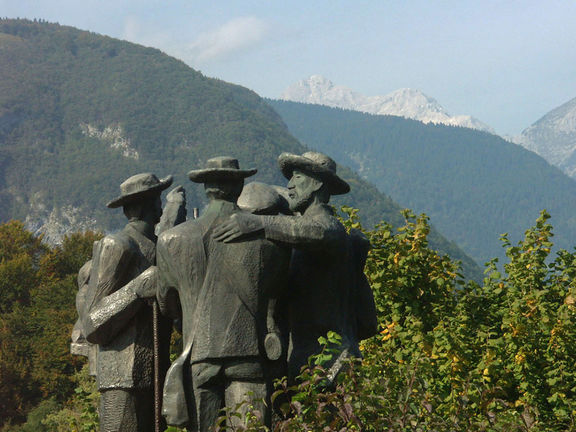 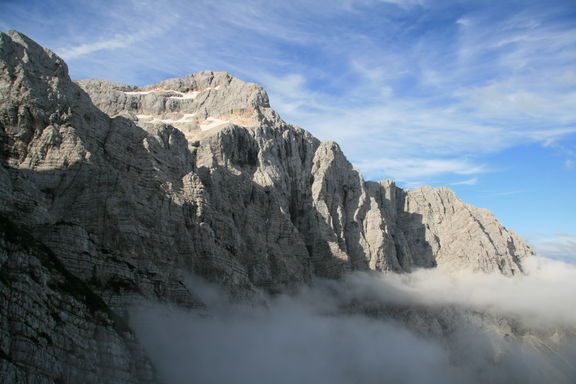 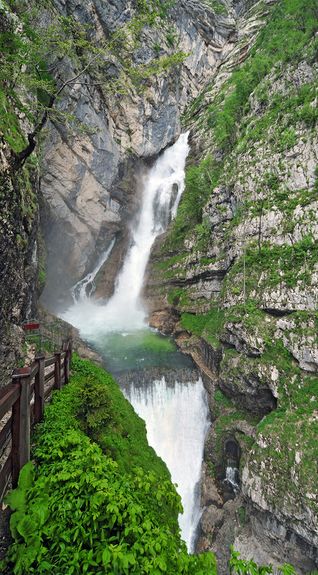 The Savica Waterfall in the Triglav National Park, the source of the Sava River 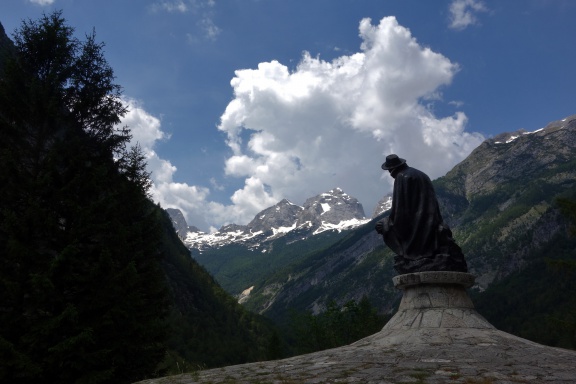 A statue of Julius Kugy with the orientation toward Jalovec Mountain. Julius Kugy (1858-1944) was a mountaineer and researcher of Julian Alps, Triglav National Park, 2014 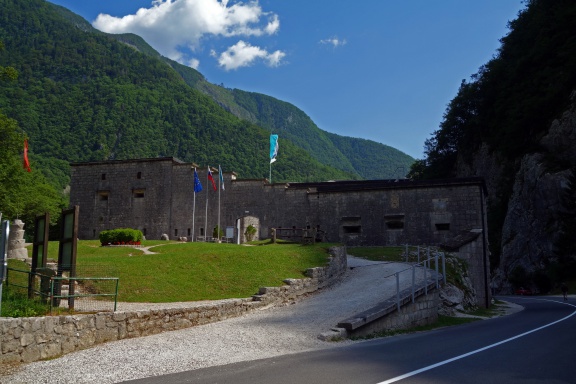 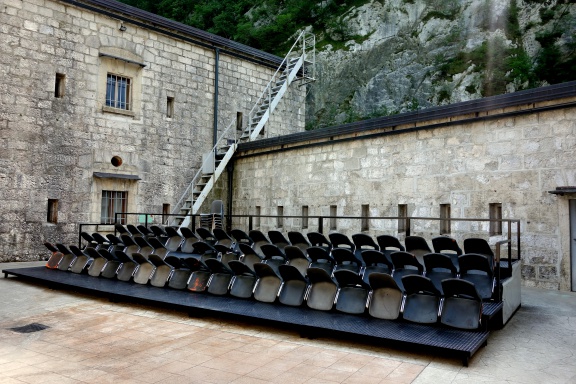 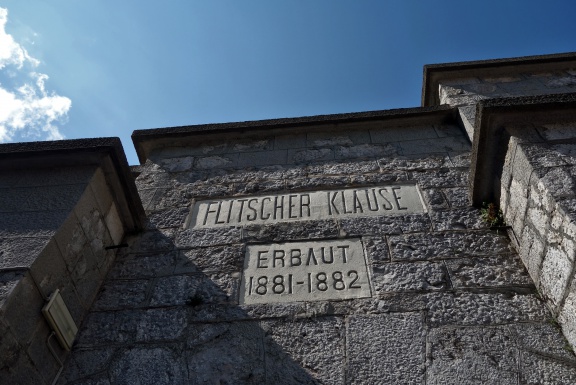 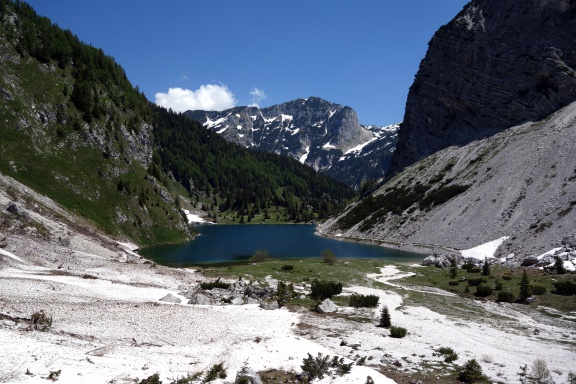 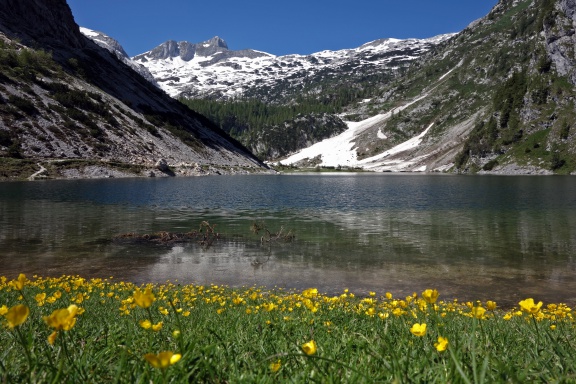 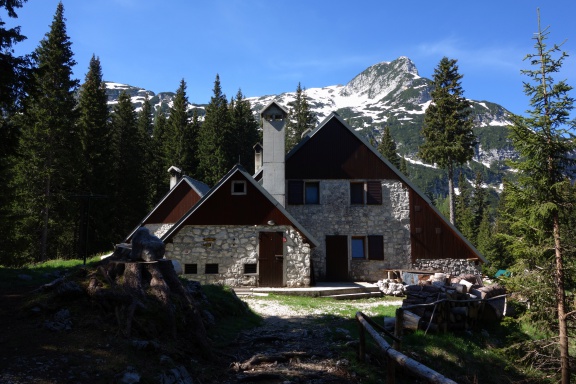 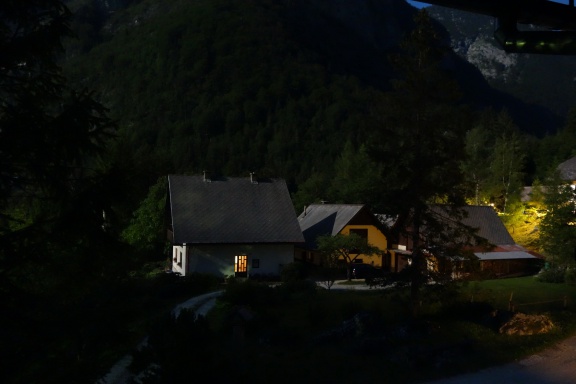 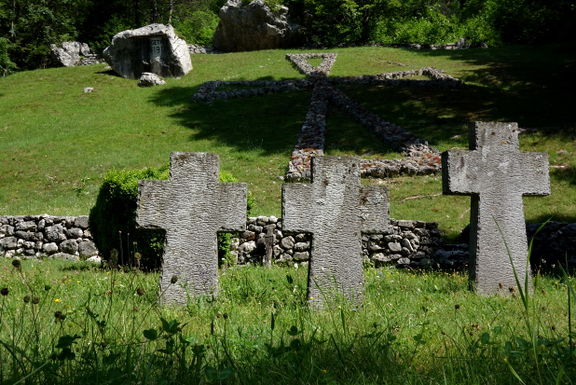 World War I Military Cemetery in Soča village. More than 1.400 soldiers are buried in this Austro-Hungerian cemetery. Triglav National Park, 2014 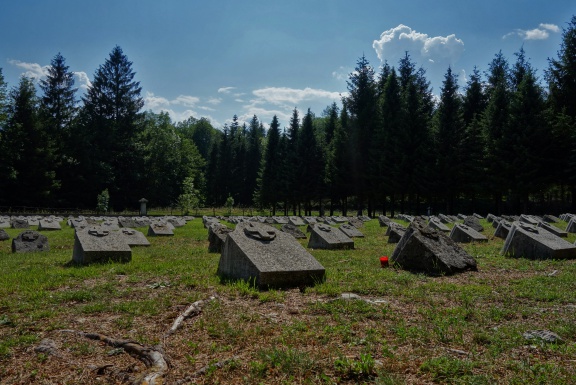 World War I Military Cemetery near Bovec. More than 1.400 soldiers from the Battles of the Isonzo are buried in this Austro-Hungerian cemetery Triglav National Park, 2014 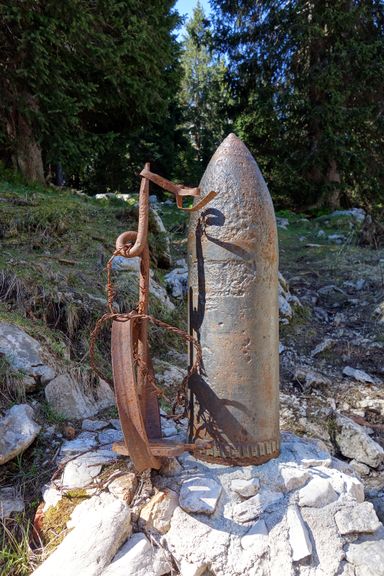 Mine from the Battles of the Isonzo druing the World War I at Krn Lake lodge, Triglav National Park, 2014 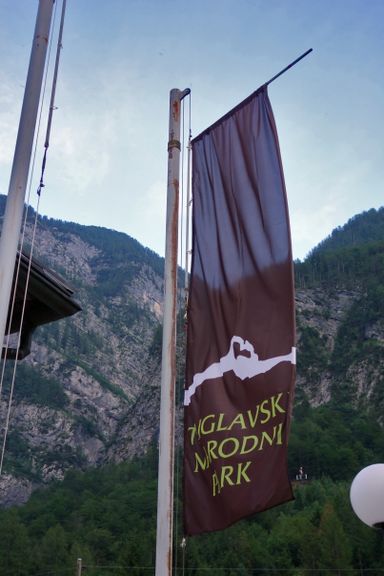 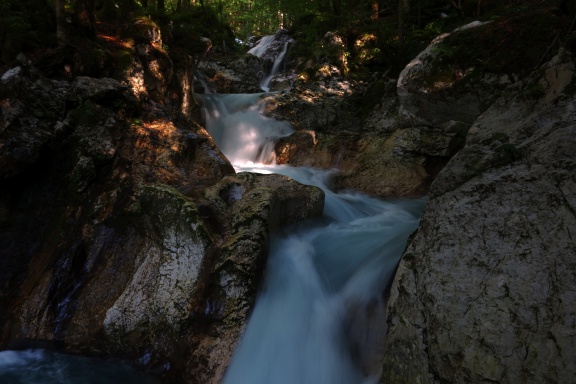 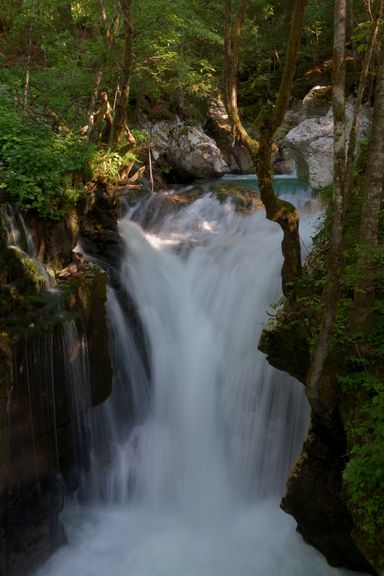