The Pocar Homestead dating from 1775, is the oldest preserved building in the Upper Sava area of the Triglav National Park. A document from 1609 confirms that it goes back to the early 17th century and was inhabited until 1988.

An inventory was made of the 1,396 objects in the homestead, which were stored and conserved at the Upper Sava Valley Museum, Jesenice. The homestead, arranged and furnished as a museum, was opened to the public in August 1999. In 2006 it received the EU prize for cultural heritage, the Europa Nostra Award diploma.

Guided visits to the homestead are organised by appointment during summer months.

The management of the Park bought the house from Marija and Anton Štular in the 1990s. In collaboration with the Ministry of Culture and Municipality of Kranjska Gora, and assisted by funds provided by the TEMPUS PHARE CBC programme, the building was renovated under the supervision of the Kranj Regional Office of the Institute for the Protection of Cultural Heritage of Slovenia.

The one-storey stone-built house has a traditional layout, meaning that all the rooms are connected by a central entrance hall. The main living quarters are the hiša with a tiled stove and side room (kamra). The entrance hall gives access to the open-hearth kitchen and to the room for farm workers who are too old to work, as well as to the cellar and the attic, in which the layout of the ground floor is repeated in a simplified version containing a separate wooden granary (dated by the inscription 1794) and a simply-equipped joiner's workshop. Because the interior furnishings were used and preserved in the house itself, the selected pieces of furniture present the entire furnishings of the period and, simultaneously, the continuity of the present and past centuries. The homestead's barn is a public space where theatre performances, poetry readings, dances, lectures, and exhibitions take place. 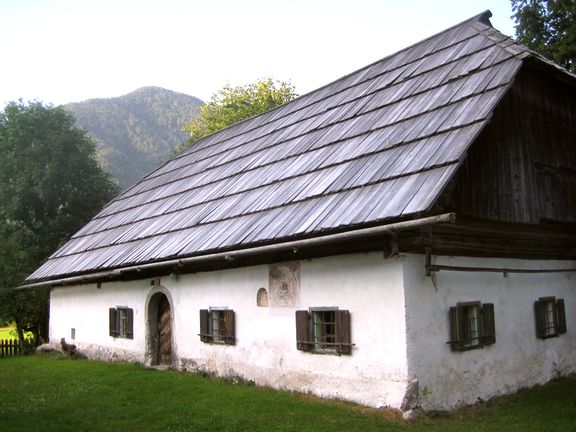 Pocar Homestead, Mojstrana main dwelling from the outside, built in 1775 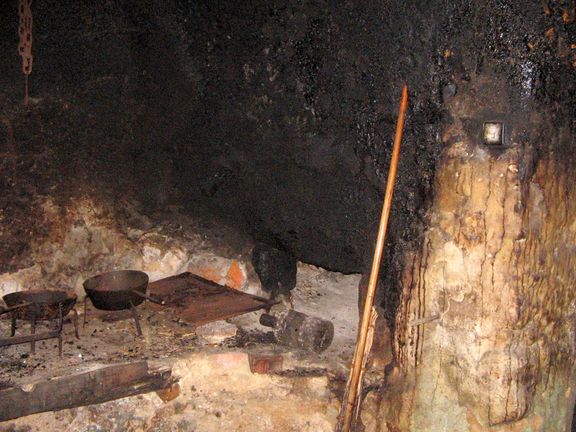 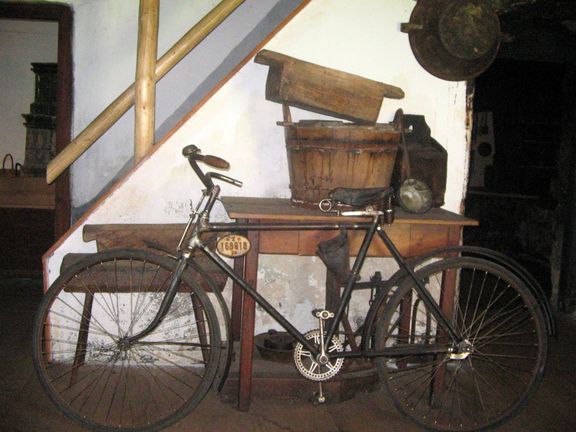 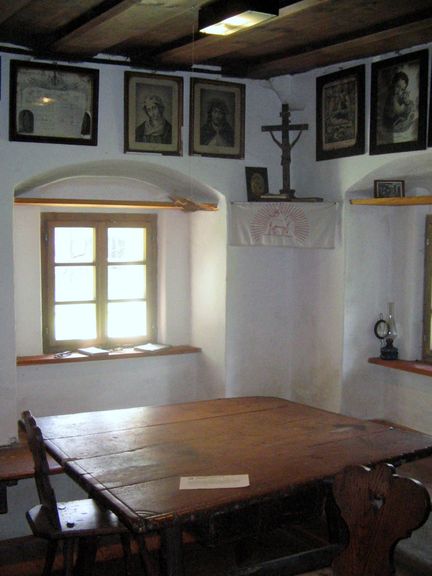 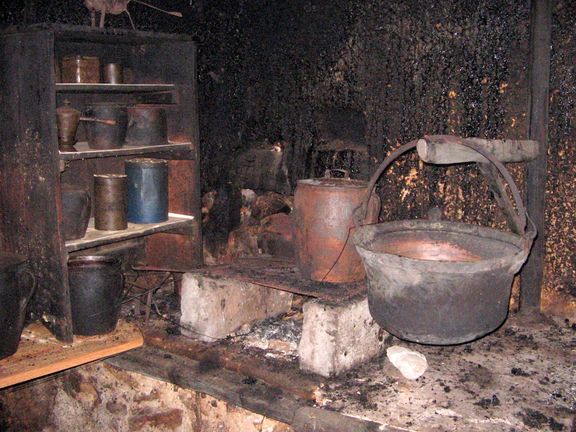 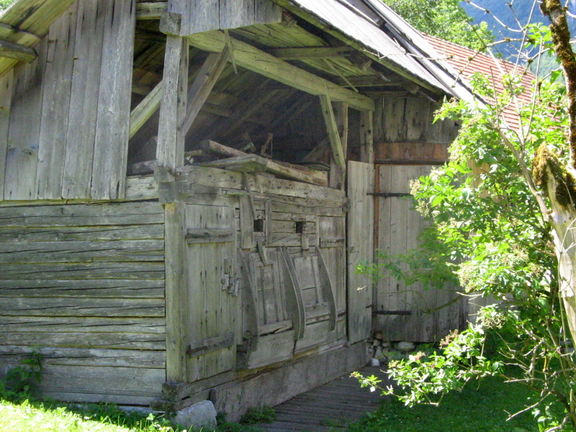 The original pigsty on the grounds of Pocar Homestead 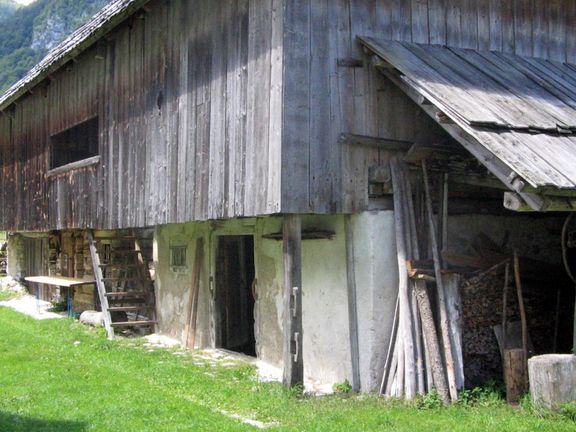 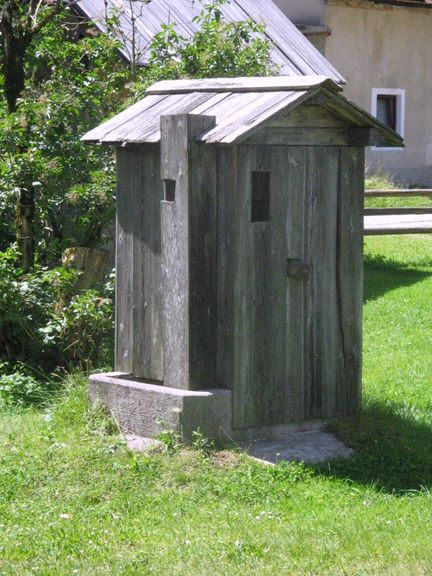 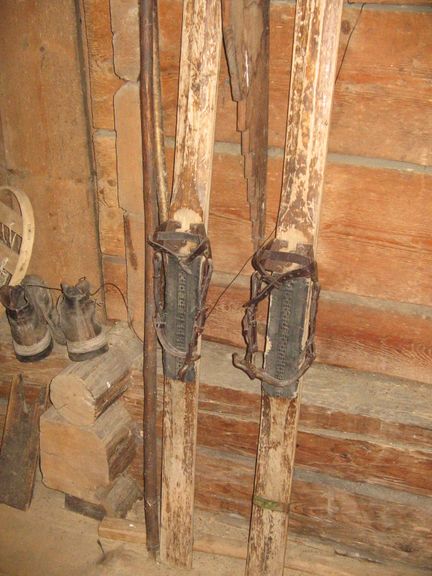 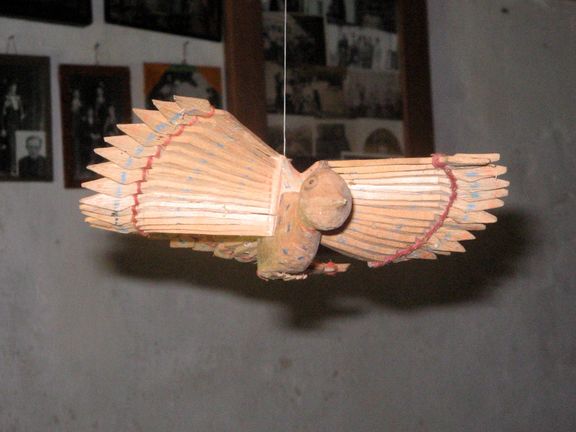 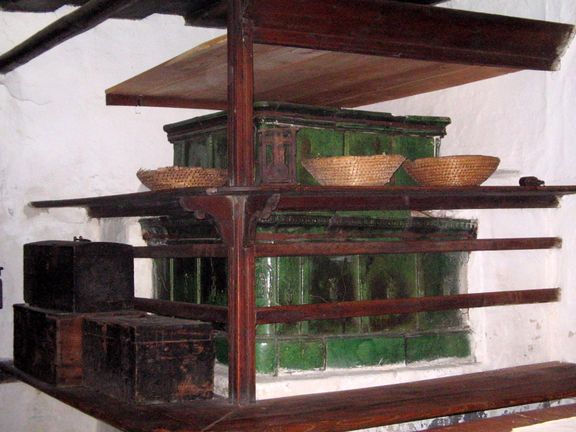 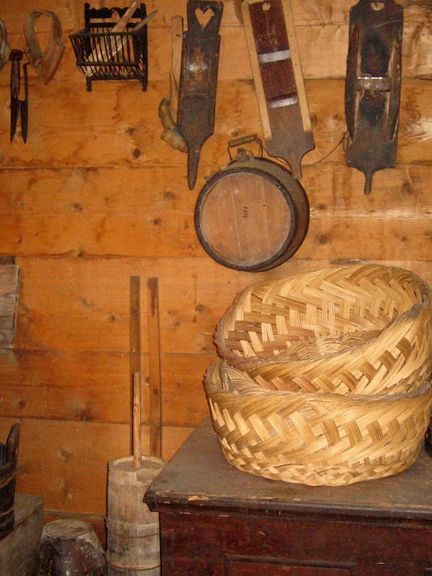