Dekleva Gregorič Arhitekti, an architecture studio founded and led by Aljoša Dekleva and Tina Gregorič in 2003, is known for its wide-ranging architectural output encompassing apartment blocks, residential houses and buildings for industrial, commercial, and cultural use. The firm's projects have garnered considerable international attention and have brought them a number of awards.

Dekleva Gregorič's renowned works include the Compact Karst House (2014) and the Cultural Centre of European Space Technologies, the latter made in collaboration with Bevk Perović Arhitekti, Ofis Arhitekti, and SADAR + VUGA Architects in 2012.

In May 2016 their Home at Arsenale project was presented at the Slovenian Pavilion of the 15th International Venice Architectural Biennale. The project sees the team reimagine the library as a space, and was made in collaboration with the Museum of Architecture and Design.

The works of Dekleva Gregorič Arhitekti have been showcased at various exhibitions both in Slovenia and abroad, and have received a great deal of coverage in books, architectural magazines, and online publications. Their first international breakthrough project was the XXS House (eXtra-eXtra-Small House) in Ljubljana. It was awarded the Silver Plate – European Architecture Award Luigi Cosenza in 2004 and led WALLPAPER* magazine to name the duo the Best Breakthrough Designers of 2005.

A number of highly-acclaimed projects followed, including a private luxury residence in Hawaii called the Clifftop House Maui (2006); the steel and concrete Metal-Recycling Plant (2008) in Pivka; the Razgledi Perovo Housing neighbourhood (2009) in Kamnik; a family home called the Compact Karst House (2014); and their imaginative design for the Livade University Campus of the University of Primorska (2016).

The list of international awards and nominations given to Dekleva Gregorič Arhitekti over the years is extensive, and includes the aforementioned Silver Plate and the Wallpaper* Award; the 40 under 40 Award from the European Centre for Architecture, Art, Design and Urban Studies (2009); and the International Architecture Award 2009, presented by the Chicago Athenaeum. They also took second prize at the AIT Awards and the International Architecture Awards 2012. The firm was Highly Commended for the 21 for 21 World Architecture News Awards in 2012. Lastly, it has been nominated multiple times for the Mies van den Rohe Award.

Awards on a national scale include two Golden Pencil Awards and the Plečnik Award in 2008. They received the Interior of the Year 2009 award at the Month of Design in 2009. And in 2014, Aljoša and Tina mentored a design research group that went on to receive the Best Collaboration Award at the Biennial of Design (BIO).

In addition to their architectural practice, Tina and Aljoša have formed an international architectural network called RAMTV and co-authored a book on mass-customisation in housing entitled Negotiate My Boundary! It was published by Architectural Association Publications in 2002, and was later re-issued by Birkhauser. Home, a book presenting the duo's innovative residential projects and design philosophy, was published by Dutch publisher Ideal in 2016.

The pair have worked as visiting lecturers and critics at the Architectural Association London, the Technical University Graz Austria, University of Ljubljana, IUAV Venice, Akademie der Kunste Berlin, University of Napoli Italy, DWM Mexico and a number of other institutions. Aljoša is Programme Director of the AA Visiting School Slovenia and was a guest professor of architecture at UdeM, Montreal, Canada. Tina is a professor of architecture at TU Wien, Austria. 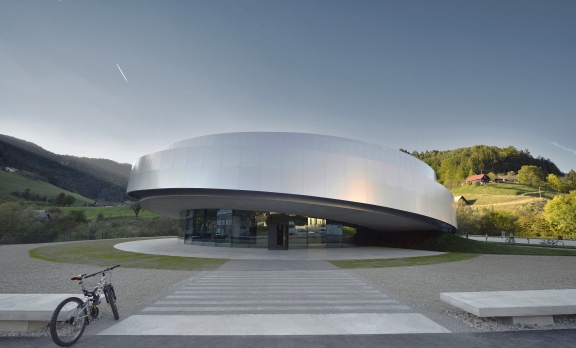 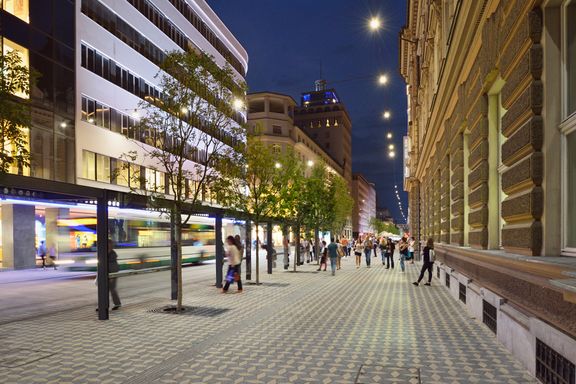