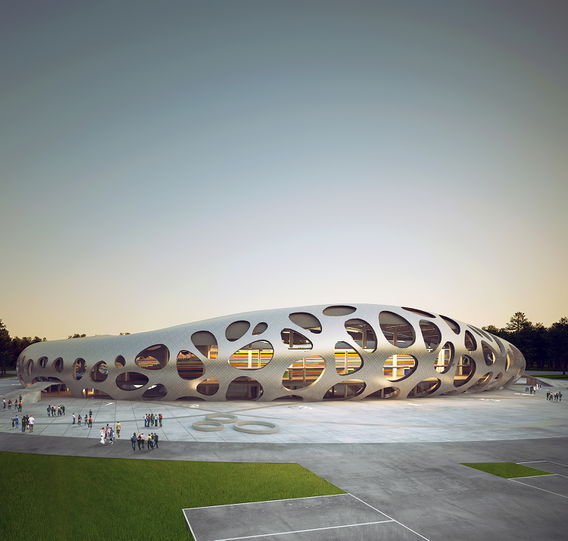 Ofis Arhitekti is a Ljubljana based yet internationally acclaimed architectural office. With its numerous awards and projects that are spread across several continents, this moderately sized bureau is at the forefront of Slovene architectural practice. Adept in very diverse contexts, Ofis has been designing projects that scale from 30 to 50,000 square metres – their work ranges from futuristic football stadiums and huge housing projects to modest mountain huts. It encompasses architecture, urbanism, art and stage design.

Formed in 1998, the bureau was founded and is still led by Rok Oman and Špela Videčnik. Now employing about two dozens architects, the company has an additional office in Paris.

Rok and Špela established Ofis just after graduating at the Faculty of Architecture in Ljubljana. As many of their peers they continued and (in 2000) finished their studies at the Architectural Association School of Architecture in London. In that same year Zaha Hadid named them among the top 10 exceptional emerging architects for Phaidon 10x10.

About that time they received the Young Architect of the Year Award (London, 2000) and the Design Vanguard Award (2001), with their bureau being designated as one of five young architectural offices 'to look out for' by the Guardian in 2001. Right from the start they also got recognised in Slovenia and their project 16 x 68 Housing Block in Piran (2000) earned them the Piranesi Award.

Nowadays both are regular speakers at international conferences, with their academic career involving teaching at the Harvard University in the USA. Their work has been covered by media outlets such as the New York Times, The Guardian, The Independent, El País, Der Spiegel, Die Welt, Bild and most architectural magazines, as well as got featured in various books.

The projects taken over by Ofis Arhitekti are very heterogeneous. Of the big public housing undertakings one should mention their first large scale development abroad, the Basket Apartments in Paris (started in 2008 and finished in 2013). These student dormitories feature 192 studios in Paris' 19th district as part of the new urban development of the city. However, also very remarkable are the Honeycomb Apartments (2003–2005), a low-cost housing project along the Izola Bay, which successfully employed the concept of a (humble) modular unit.

Projects of a more public character include the Football Stadium FC Bate Borisov in Belarus, a somewhat futuristic and grandiose building finished in 2014 (they also designed a stadium in Maribor, Slovenia). Less imposing but also striking is their extension and renovation of the City Museum of Ljubljana, notably kick-started right about after their graduation in 1998. 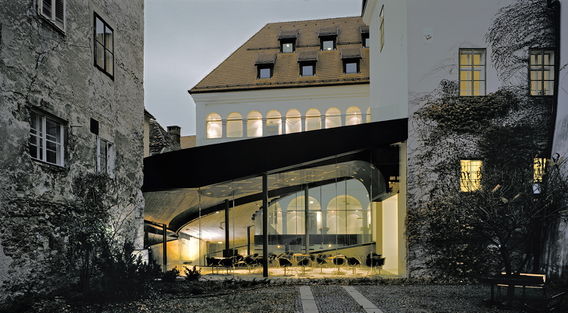 Two relatively recent Ofis projects are winter shelters in the Slovene Alps (one below Mount Skuta and the other on the Kanin mountain range), of which unusual style garnered them lots of attention and acclaim. However, they also did several imaginative takes on the vernacular architecture of the Alpine region. Utilising lots of wood they gave it a contemporary functionality while also keeping up with the traditions of the locale.

Other projects of theirs feature a small farewell chapel (chosen by The Hinge magazine as a stand up building in 2009), a shopping mall for Mercator, the interior of the jewellery store Zlatarna Celje as well as various luxurious villas, office programs, and residential houses. They were also among the participating architects of the very curious Cultural Centre of European Space Technologies (KSEVT) in Vitanje.

Worth mentioning is that they occasionally do design for art performances, installations, and theatre plays.

Though hard to keep track of, some of the awards and nominations are the Architectural Record Award, NY (2001); the RIBA Architectural Review and Design Awards, London; the High Commendation for the City Museum Ljubljana (2004); the Miami Biennial Honors for Villa Under-Extension in Bled (2005); the European Grand Prix at the Innovation Awards, Monaco (2006); and the Mies van den Rohe Awards (Commendation for Housing on the Coast, 2007; Football stadium Maribor, 2008; Shopping roof apartments, 2008; Farewell Chapel, 2010); the IOC/IAKS award, silver medal for Football Stadium Maribor (2009); ArchDaily Building of the year for the Religious, Farewell Chapel (2009); and the shared Plečnik Award for KSEVT in 2013.

In 2006 Gustavo Gili published a monograph issue 2G on OFIS. Lace and Tetris apartments were announced as two of the Worlds 10 most creative apartment buildings by Oddee blog. In 2011 DAMDI published OFIS_open archive files 98-11, their second monograph issue in the DD series. 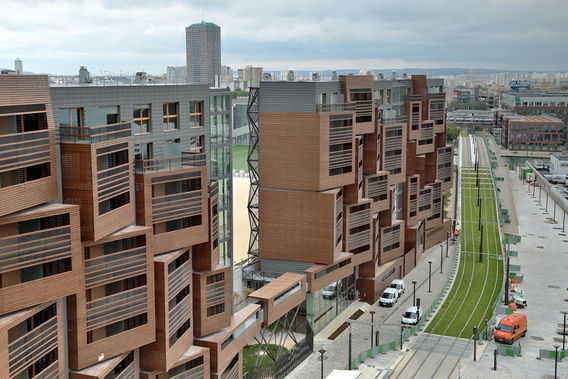 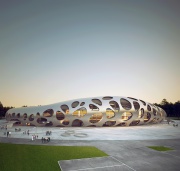