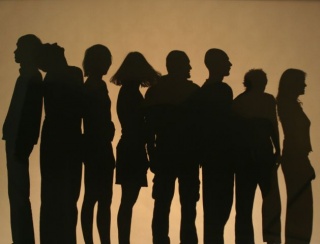 The international dance company EnKnapGroup (EKG), founded in 2007 by Iztok Kovač and En-Knap Productions, is currently the only permanent professional ensemble for contemporary dance in Slovenia. Dedicated to producing fresh and engaging contemporary dance and theatre performances in collaboration with prominent choreographers and directors, EnKnapGroup’s work has been shown internationally to wide critical and audience acclaim.

Since 2009, the group has its permanent rehearsal spaces at the Španski borci Culture Centre, where they also present their newest works.

Since its establishment in 2007, EnKnapGroup, a company of remarkable and diversely skilled dancers and performers under the artistic direction of choreographer Iztok Kovač, collaborated with a large number of (internationally) renowned contemporary dance choreographers and theatre directors, creating a considerable body of critically acclaimed work.

EnKnapGroup have collaborated with many prominent and sought-after new names in European dance, such as Guy Nader & Maria Campos, Adrienn Hód, Guy Weizman & Roni Haver, as well as with Pavol Liska & Kelly Copper of Nature Theater of Oklahoma and Trisha Brown Dance Company, both USA. In 2018, EKG marked its 10th anniversary with a premiere of Dark Union, a continuation of the group’s collaboration with the world renowned choreographer and artist Josef Nadj.

Holding auditions every few years, EnKnapGroup is presently consisting of six regular members. In 2015 the cast was extended within the project EKG+, ensemble for contemporary dance, implemented through the instrument New Career Perspectives II, which is partly financed by the European Union.

Iztok Kovač and the group have also created children’s performances, developed with the musician Tomaž Grom, and didactic performance events: Beware, Dance! [Pozor, hud ples!], which inventively demonstrated creative procedures of contemporary dance and was expanded to include the international history and prominent figures of contemporary dance in Take a Chance on Dance [Pozor, hud ples 2].

romeo and public // romeo in publika by whitecrossproduction on YouTube

Trailer of the dance-theatre site-specific project Romeo and Public, 2008