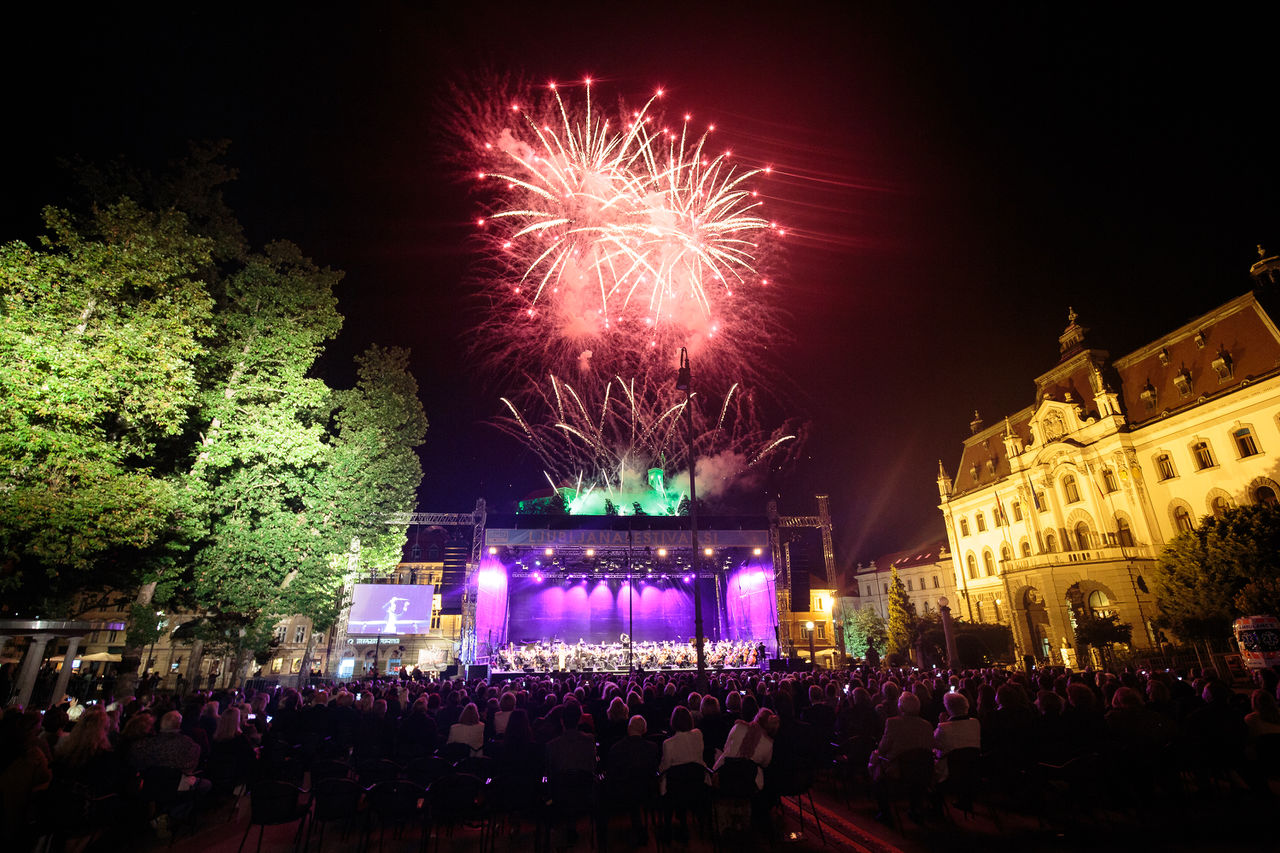 The Ljubljana Festival is a renowned and highly ambitious international festival which offers a variety of music, theatre and dance performances by leading international as well as domestic artists. Between 70 and 80 events range from concerts of classical, ethno, rock and jazz music, to performances of opera, theatre and ballet. It enriches the capital city with concerts of star soloists, acclaimed ensembles, chamber and philharmonic orchestras and performances by prima ballerinas, opera divas, and seasoned thespians.

Taking place from the end of June to the end of September, it is the main summer festival in Ljubljana and certainly amongst the bigger ones in the wider region. As of recent years, the festival also has a small 'winter edition' in February.

Although the Ljubljana Festival is most active during the summer months, other important aspects of its programming include the spring Slovene Music Days, featuring concerts of works by Slovene composers and a symposium attended by musicologists from around the world, and the Križanke International Art Colony, which gathers visual artists in the inspiring environment of the Križanke venue.

Ljubljana Festival's events take place at several locations in Ljubljana but most are held within Plečnik's open-air complex at Križanke which was created within the abandoned former monastery especially for the festival. Major events are held on the Open-air Stage, while other venues include the Baroque-style Križanke Church, the Knight's Hall and the 'Courtyard of Hell'. Some of the events are also realised in the Kongresni trg square, the Cankarjev dom Culture and Congress Centre, the Slovene Philharmonic or in the Grand Union Hall of the Grand Hotel Union.

One of the oldest festivals in Ljubljana, the Ljubljana Festival has its roots in the first Tourist Week, organised by the Ljubljana Tourist Society in 1952.

The festival has since than by far outgrown the character of a local tourist event with folklore, sport and economic activities, thus nowadays attracting a total audience of nearly 60,000 spectators from Slovenia as well as abroad. It was awarded the Golden Honorary Medal of Freedom – the highest award of the President of the Republic of Slovenia – for its valuable contribution in organising and presenting domestic and international artistic endeavour and events. 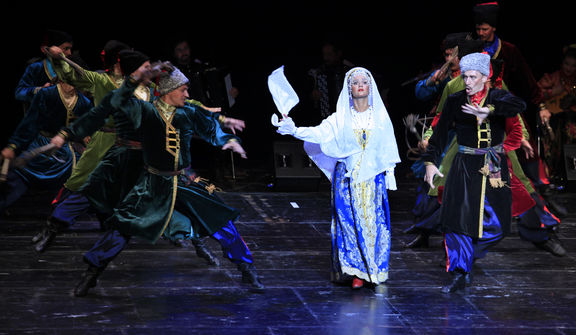 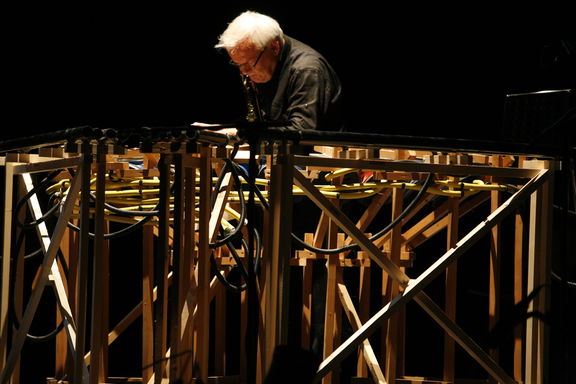 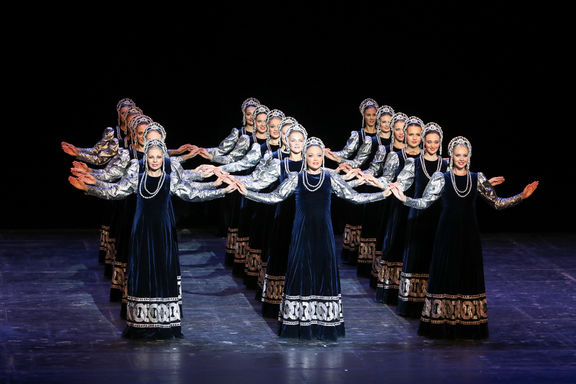 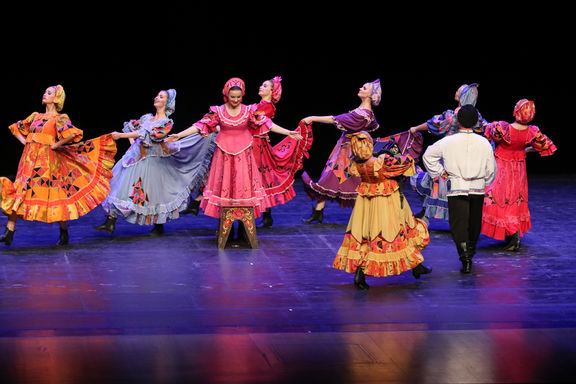 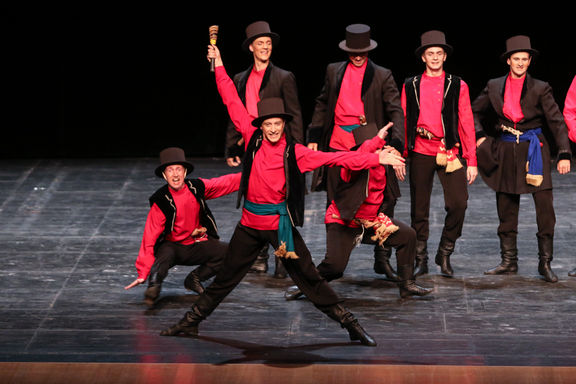 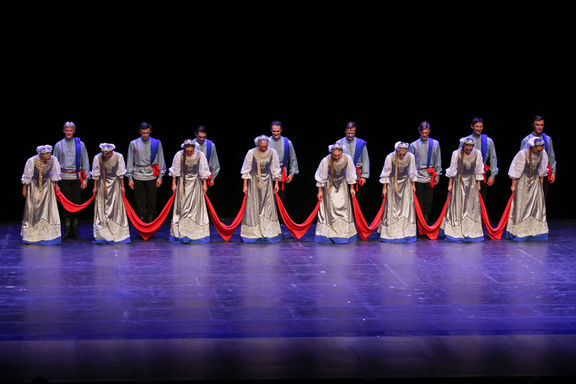 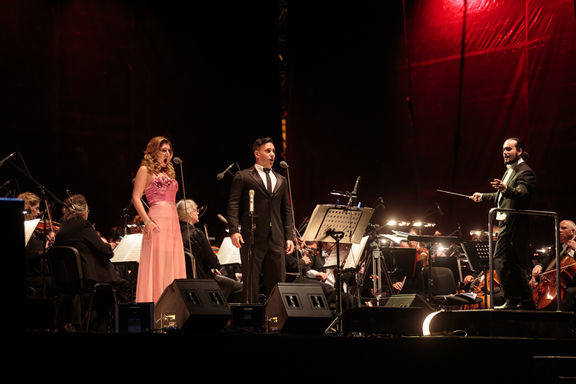 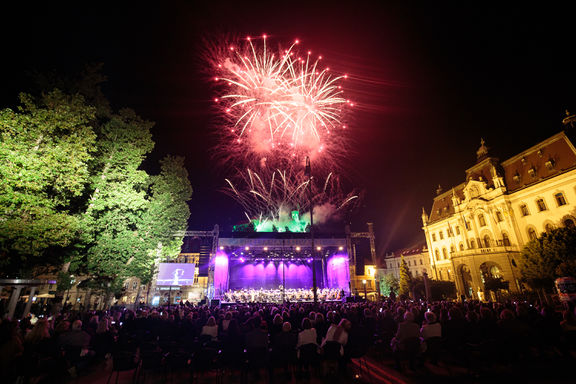 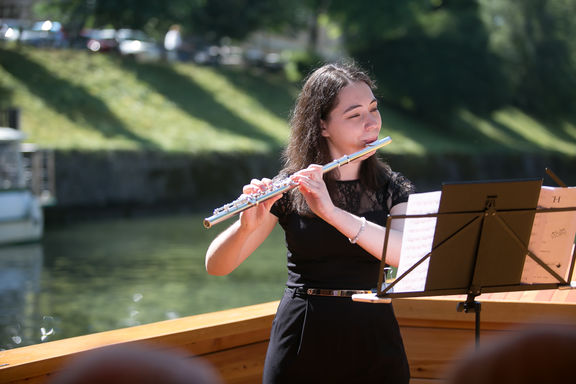 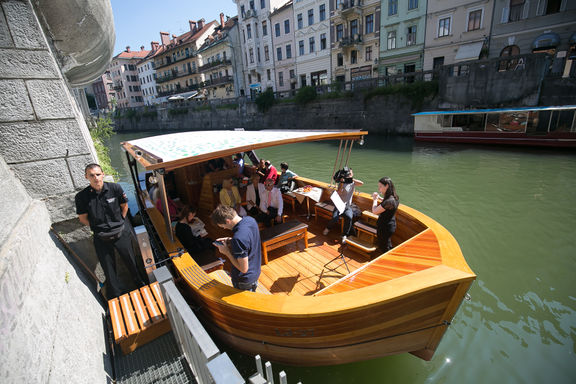 During Ljubljana Festival various concerts were held on a boat in the middle of Ljubljana, here with the Croatian flautist Ana Votupal, 2016 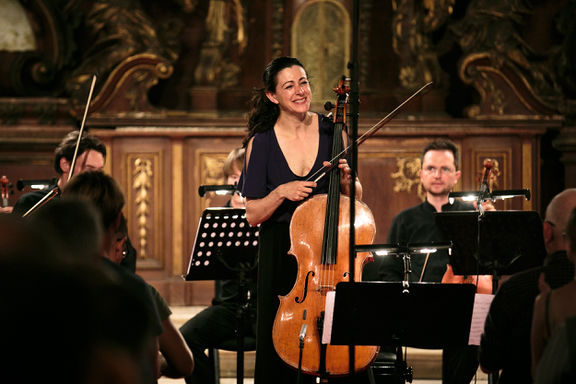 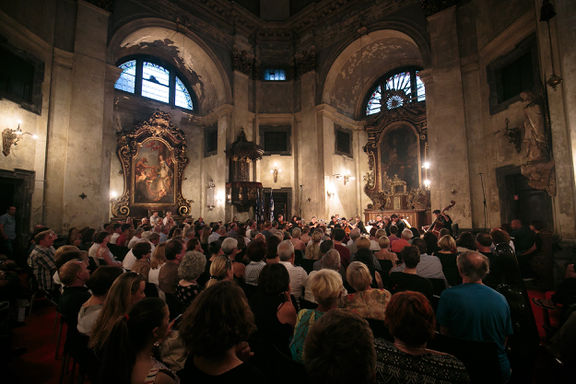 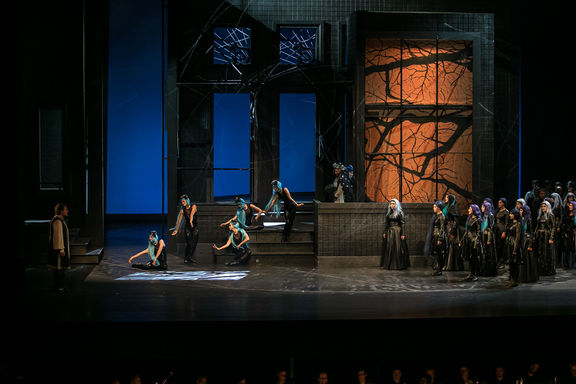 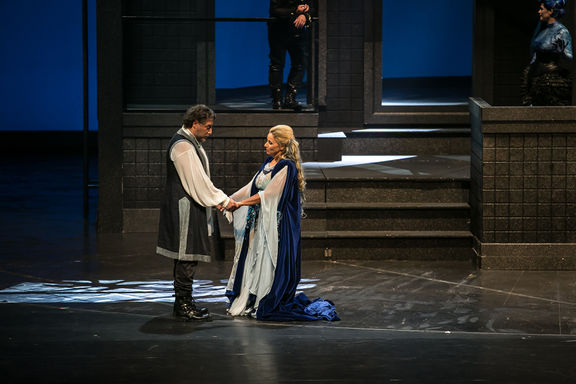 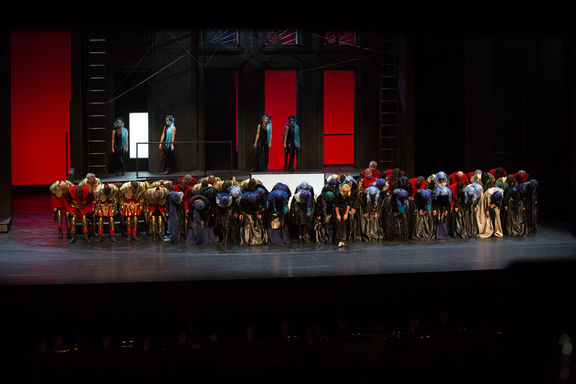 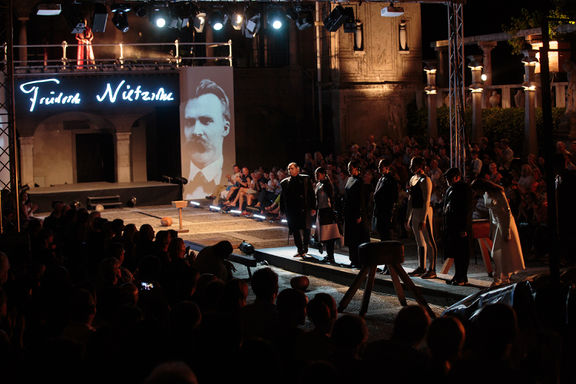 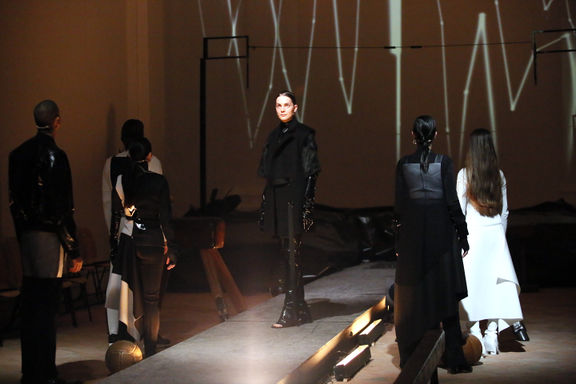 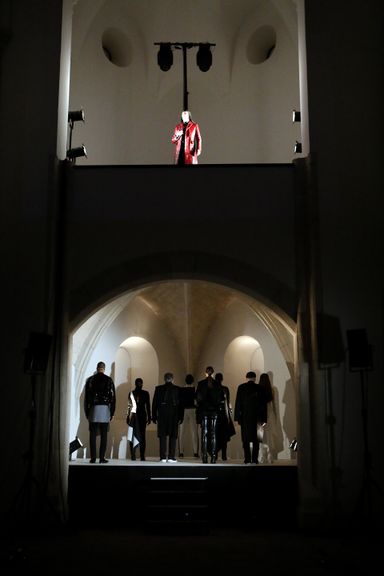 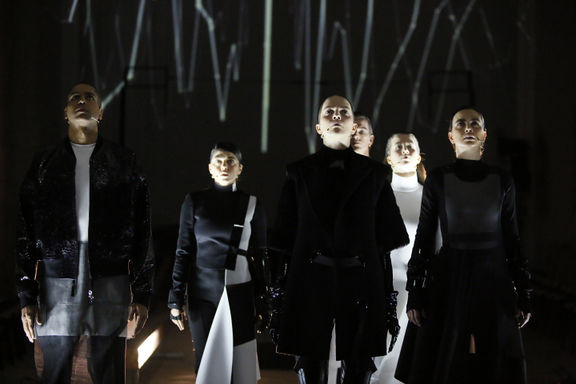 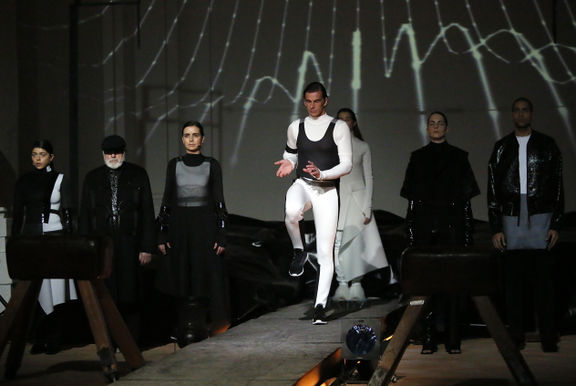 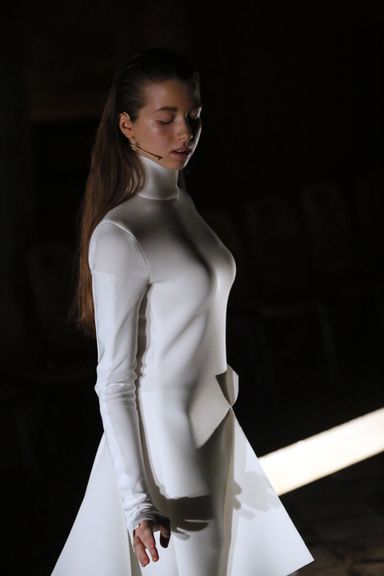 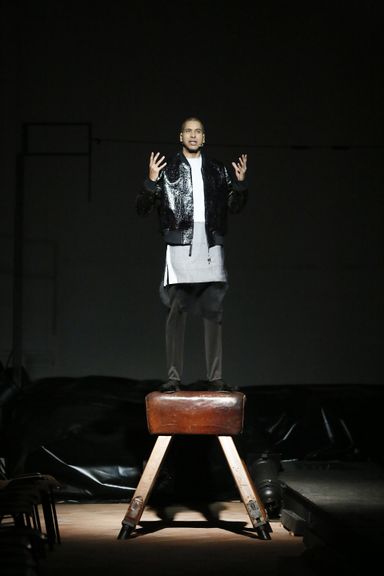 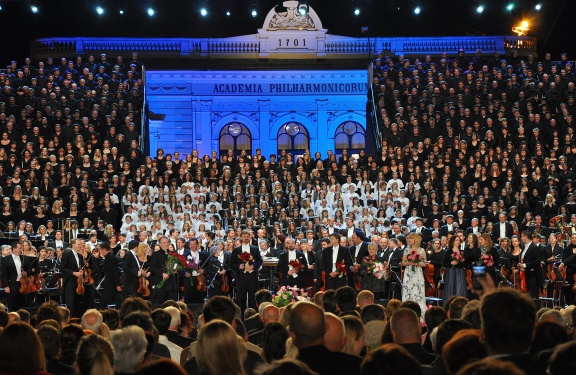