Ekran, Magazine for Film and Television

Ekran, Magazine for Film and Television was established in 1962 and is by far the most relevant Slovene film magazine of all time and also the one with the longest tradition. Throughout its history it has been a home for many generations of Slovene film critics as well as open towards foreign writers. Ekran is neither an academic magazine nor a commercially oriented popular magazine. In certain periods its orientation has slightly changed – from more academic to more popular – but Ekran has mostly retained its focus on providing a general overview of both the contemporary world film production – not only on "auteur" and independent cinema but also on mainstream cinema – and the recent developments in the film industry. Furthermore it has always watchfully followed current tendencies in film criticism, analysis and debates and in its most influential period – when Slavoj Žižek, Mladen Dolar, Zdenko Vrdlovec, and others introduced Lacanian concepts into film theory – it also promoted new ones. 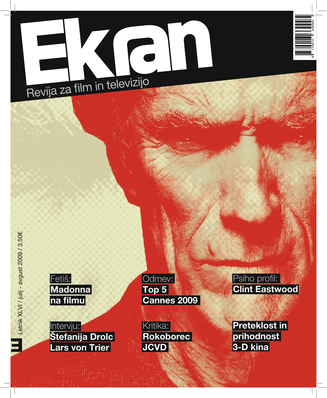 Ekran is a monthly magazine (with a double summer issue) that brings a general overview on contemporary film production (mainstream and independent) while also giving greater attention to Slovene film production.

Ekran magazine was established by the Board for Film and TV at the Council of Associations of Freedom and School organisations of the People's Republic of Slovenia. Despite the fact that Ekran was not the first Slovene film magazine to appear after the Second World War (before it the Film Gazette and Film Magazine were published) at the time of its establishing, writing about cinema was at its beginning. That is why the young team of cinefiles (Vitko Musek, Toni Tršar, Branko Šömen) who in 1962 took over the new film magazine had to lean mostly on translated texts to introduce Slovene readers to the then current situation in world cinema. On the other hand they were among the first to promote new tendencies in the Yugoslav cinema of that time, influenced by the European new waves, mostly the so-called black film (Boštjan Hladnik, Jože Pogačnik and Živojin Pavlović in Slovenia, Aleksandar Petrović, Dušan Makavejev and Želimir Žilnik in other parts of former Yugoslavia) – on the home front and internationally.

The next important period in the history of Ekran were the 1980s when under the strong influence of the modern French film theory Ekran's writers (Slavoj Žižek, Mladen Dolar, Zdenko Vrdlovec, Silvan Furlan, Stojan Pelko etc.) started to merge high theory and popular culture – Lacan and Hollywood films. Their original approach to film studies triggered the golden period of Ekran as its reputation considerably grew as at home as internationally. At that time Ekran, with Silvan Furlan as editor in chief, made a big step forward also in regard to its organisational structure. It was published regularly on a bimonthly basis, it introduced a book collection – Imago, dedicated to film theory (later it was integrated into the publishing activity of Slovenian Cinematheque) – and an international colloquium of film theory called Autumn Film School.

In the mid-1990s Ekran's situation radically changed as it sunk into an editorial crisis and for a year it stopped being published. Towards the end of the decade when Ekran got a new publisher (Slovenian Cinematheque, in 1997) and Simon Popek took over the position of the editor in chief the situation slowly improved. It started to emphasise its cinephile orientation by following film festivals and world cinema and calling to attention the overlooked chapters of film history. From 2005–2009 another editorial turn followed as Nika Bohinc, the next editor in chief, not only decided for a more popular approach to cinema also gave the magazine a distinctive international character. From 2009 till 2015 Gorazd Trušnovec, a film critic and screenwriter turned Ekran into an up-to-date monthly magazine. 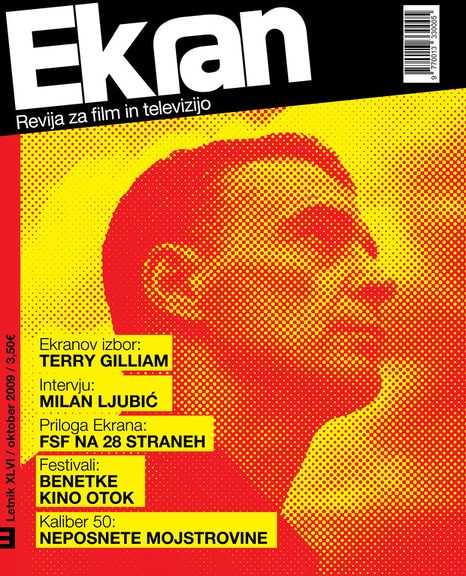 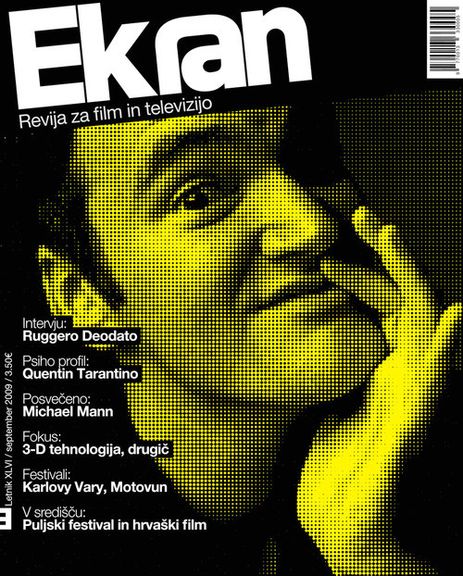 +
Logo url
http://www.culture.si/images/c/c4/Ekran, Magazine for Film and Television (logo).svg +
Post
SI-1000 Ljubljana +
Published by
Slovenian Cinematheque +
Region
SI-1 +
Role 16
Editor in Chief +
Street
Metelkova 2a +
Teaser100
Ekran, Magazine for Film and Television was established in 1962 and is by far the most relevant Slovene film magazine of all time and also the one with the longest tradition. +
TeaserImg