The Finta, Contemporary Arts Institute was launched in 2016. It evolved out of No History Institute of Contemporary Arts that was established in 2003 as a platform for interdisciplinary artistic research projects involving performance, visual arts and music (under the name ). Since 2009 animation has been put into focus: Finta has produced a bunch of animated films directed by Špela Čadež. The puppet animation Boles (2013) and the Nighthawk (1916) have received international acclaim.

Theatre director, performer and multimedia artist Mare Bulc, a co-founder of Dejmo Stisnt Theatre and the PEACE organisation, founded the No History Institute of Contemporary Arts as a vehicle for the No History/Know History Project, his first research project which featured annual performances and lecture-performances.

In 2009 the institute produced, together with Glej Theatre and Dejmo stisnt teater, the comedy Southern Scum go home! / Čefurji raus! directed by Mare Bulc and based on a novel by Goran Vojnović - the play went on to become one of the most successful theatre plays in Slovenian history with over 300 re-runs.

Mare Bulc has been a member of international SilentCell Network platform, and the No History programme included an annual SilentCell network presentation. Other activities included the projects Cream of Contemporary Slovenian Art (2004–2006), Pret-a-portret by Jure Novak and Mare Bulc (2006), The Last Egotistic Performance and Study for the Last Egotistic Performance by Mare Bulc (2006) and Adopt an Artist by Katarina Petrov and Jana Flego (2007), and the performances Crimes of the Heart, Made in Skopje, Sur*Vive*R and The Illusion of the Memory by Tina Smrekar (2007).

Interdisciplinary artistic research was given priority in the first years through projects such as Cream of Contemporary Slovenian Art (2004–2006, by Jana Flego, Katarina Petrov, Mare Bulc), Pret-a-portret by Jure Novak and Mare Bulc (2006), The Last Egotistic Performance and Study for the Last Egotistic Performance by Mare Bulc (2006) and Adopt an Artist by Katarina Petrov and Jana Flego (2007), performance Crimes of the Heart, Made in Skopje.

The Finta studio encompasses a blackbox with a fixed multiplane table and a connected light room. It is located in Šiška Cultural Quarter. 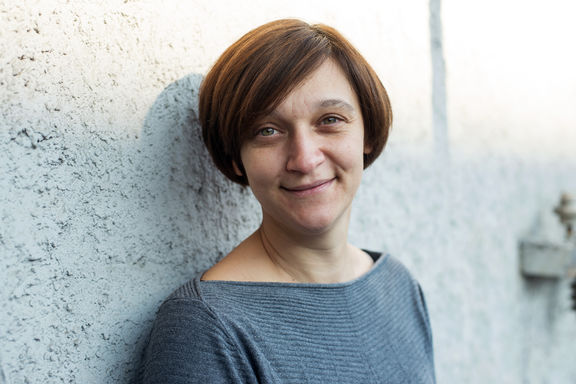