Following the success of theirs debut features Idle Running (V leru, 1999) and Bread and Milk (Kruh in mleko, 2001) Staragara was established as an independent non-profit cultural organisation in 2003 by filmmakers Janez Burger and Jan Cvitkovič. Although it is primarly focused on film production (its unorthodox films have won numerous international awards), Staragara also produces commercial spots, contemporary dance performances by the choreographer Magdalena Reiter and occasionally organises special dance events and programmes.

As a film production house, Staragara produced Cvitkovič's black comedy Gravehopping [Odgrobadogroba], which saw its world première in September 2005 at the 53rd International Film Festival in San Sebastian and received the prestigious Altadis New Directors Award for the best first and second film of a director. The film has won many other prizes (for example, in Warsaw, Cottbus, Palić, Torino, Portorož, Khanty Mansysk, and Setubal in Portugal) and more than 20,000 viewers saw the film during regular cinematographic distribution in Slovenia. The film was co-produced by Propeler Film from Zagreb and TV Slovenia and financially supported by the Slovenian Film Centre and the Ministry of Culture of the Republic of Croatia. The Association of Slovenian Filmmakers selected Gravehopping as the 2005 Slovene candidate for the Foreign Language Film Oscar award (announced by the Association of Slovenian Filmmakers). [

[Jan Cvitkovič|Cvitkovič]] is best known for winning the Lion of the Future Award at the 2001 Venice Film Festival for his debut feature film Bread and Milk [Kruh in mleko]. In 2011 Staragara also produced his third feature film, Archeo, a co-production with Transmedia (Italy), Inforg Stúdió (Hungary) and TV Slovenia, which was premiered at the 14th edition of the Festival of Slovenian Film and where it won the best film, best director and best cinematography awards.

Staragara produced also several short and medium lenght films, fiction and documentaries, like Burger's On the Sunny Side of Alps [Na sončni strani Alp], a short fiction film from 2007, and Sonja, TV film from the same year, Cvitkovič's short fiction films I Know [Vem] from 2007, This is earth, my brother [To je zemlja, brat moj] from 2009, Hundred dogs [Sto psov] from 2012, and his television documentary Total Gambit [Totalni gambit], or Zoran Grabarac's documentary 300 Bears [300 kosmatih].

One of the most recent film projects produced by Staragara is also the TV documentary portrait of the Slovene painter Jože Tisnikar, Man With the Raven [Mož s krokarjem] made by Sonja Prosenc. It was shot in co-production with TV Slovenia and zavod Maribor 2012 for Maribor, European Capital of Culture 2012.

For the event Maribor, European Capital of Culture 2012 Staragara launched the central film project of the event entitled Omnibus, with which – together with the project's art director Jan Cvitkovič – the film directors and authors from the region (Antonio Nuić, Georgy Pulfi, Michael Glawogger, Micheangelo Framartino) produced and presented a film made for the occasion.

Film still from Circus Fantasticus, a film by Janez Burger from Staragara - Ljubljana, winner of the Vesna Award for Best full-length film and the Kodak Award, Festival of Slovenian Film 2010

Circus Fantasticus, a film by Janez Burger from Staragara - Ljubljana, winner of the Vesna Award for Best full-length film and the Kodak Award, 13th Festival of Slovenian Film 2010 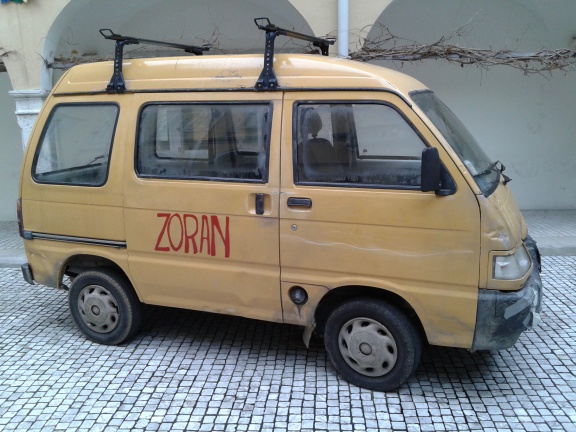 The vehicle featured in Zoran, moj nečak idiot, winner of the Vesna Award for Best Art Direction and multiple awards at the Venice Film Festival, coproduced by Staragara (SI) and Transmedia (IT), 2013 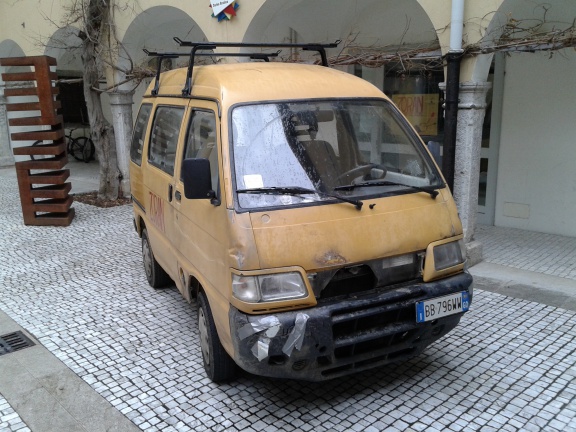