Slovenian Girl [Slovenka], a film by Damjan Kozole produced by Vertigo/Emotionfilm, opening the Festival of Slovenian Film in 2009. The actress Nina Ivanišin got the Best Actress Award in Spain and France and the film was shown also in the cinemas round France. The film Slovenian Girl (2009) by Damjan Kozole was distributed in 30 countries.

In 1994 a director Metod Pevec joined Danijel Hočevar and Damjan Kozole in forming a production company Vertigo, a sister company of the E-motion Film that was active in the 80s already as one of the first of independent film production houses in Slovenia and former Yugoslavia.

Vertigo has produced or co-produced over 40 films, including short films, documentaries, feature films, and a number of video projects. Its films have been screened at more than 100 festivals the world over and have won many accolades.

The film Slovenian Girl (2009) by Damjan Kozole was distributed in 30 countries.

The film production company Cvinger Film focuses on short films, features and documentaries, also in co-production with partner companies mainly from the Czech Republic, Austria and Slovakia. It was founded in 2011 by film director Rok Biček (b. 1985), who built his reputation for his specific directorial approach already with his first feature film Class Enemy which premiered at the Venice International Film Critics' Week in 2013 and won its Fedeora Award.

Cvinger Film, characterised by a truly independent spirit and individual approach, aims to produce author-driven films and documentaries that are story-led, boldly told, globally relevant, and have strong potential for critical and international audience success. 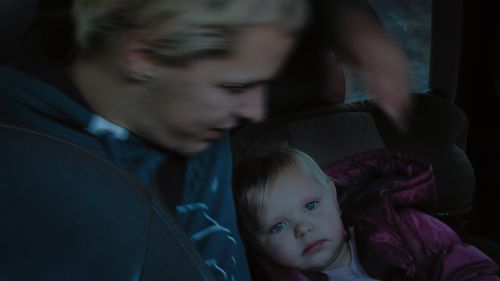 The Family, a documentary long-feature film by Rok Biček produced by Cvinger Film in 2017.

The following 68 pages are in this category, out of 68 total.