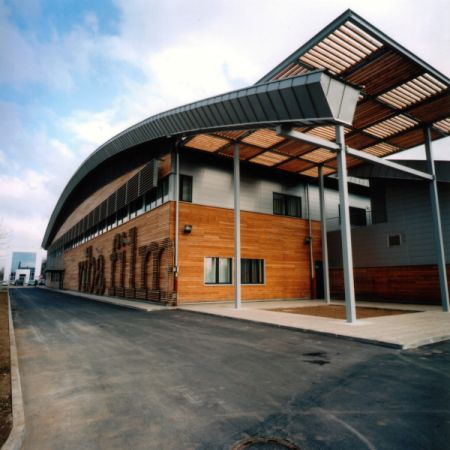 Viba Film Studio as we know it today was established in 1994 by the Government of the Republic of Slovenia as a state institution which operates as the national technical film foundation. One could say that its history is longer (at least from 1956 when the production company Viba Film was established), as it existed already before but under (more or less) different names and under different organisational structures. Today, Viba Film Studio is involved in the production and/or post-production of the majority of Slovenian films included in the National Film Programme (co-funded by the Slovenian Film Centre), but it also operates on a strictly commercial basis (international co-productions, commercials, etc.). Viba also cooperates in student productions of the Academy of Theatre, Radio, Film and Television (AGRFT), both during the shooting of films and the post-production.

Continuous film production in Slovenia started just after World War II. There were some minor production companies even before then (such as Sava Film established in 1927 or Emona Film established in 1939) which produced nearly exclusively just short films – with the exception of two feature-length films, a kind of alpine drama with documentary inserts called Triglavske strmine (The Slopes of Triglav, 1932) and the semi-documentary/semi-fiction film V kraljestvu Zlatoroga (In the Realm of the Goldenhorn, 1931) – but the foundations for a proper national film industry (studio, production and distribution company) were built up only later, in 1946. In that year, the production company Triglav Film (which also had its technical film foundation) and the distribution company Vesna Film were established. In 1956 the decision to separate the production from the technical foundation came: the film production stayed at Triglav Film while the technical foundation was incorporated into the newly established company Filmservis.

Not satisfied completely with the then-current situation that had not improved even with the latest changes, the [[Association of Slovenian Filmmakers] decided to establish their own production company: Viba Film, which quickly became the leading production company in Slovenia. Triglav Film's production rapidly dropped, later causing great financial problems; in 1966 they declared bankruptcy and Viba Film took over part of Triglav Film's activity and premises. Later, in 1975, the whole company was integrated into Viba Film which, until 1991, was practically the only production company in Slovenia since the new, independent film production companies (like AS Filmske alternative and Vertigo/Emotionfilm) did not begin to emerge until the end of the 1980s.

The 1990s began with big political and economical changes (the independence of Slovenia and the transition to the market economy) which also greatly influenced the Slovene film industry. Viba Film had difficulty adapting to the new economic conditions so the Slovene government decided to implement some institutional changes. In 1994 the Slovenian Film Fund (since 2011 Slovenian Film Centre) was established and took over the national film production while Viba Film was transformed into the national technical film foundation. But that was not the only change for Viba Film: because of the process of denationalisation Viba Film also had to move from its premises (up to the end of 1995 its film studio and other facilities were located at Zrinjskega 9 in Ljubljana, in the building that was actually St. Joseph's Church). The construction of a new film studio soon began and in 2003 Viba Film began to operate in its new premises – a modern film studio with facilities for film production, post-production and administration, covering nearly 10,000 square metres of space.

Since 1994 when Viba Film became a film studio serving as a technical foundation for the national film production the majority of Slovene films have been produced using its studio or/and technical services. Some of those are: Gone With the Train (Ekspres, ekspres, 1995) by Igor Šterk; Fortress Europe (Trdnjava Evropa, 1999) by Želimir Žilnik; Bread and Milk (Kruh in mleko, 2000) by Jan Cvitkovič; Guardian of the Frontier (Varuh meje, 2000) by Maja Weiss; Spare parts (Rezervni deli, 2002) by Damjan Kozole; Ljubljana the Beloved (Ljubljana je ljubljena, 2005) by Matjaž Klopčič; Landscape No. 2 (Pokrajina št. 2, 2008) by Vinko Möderndorfer; Slovenian Girl (Slovenka, 2009) by Damjan Kozole, etc.

Viba Film offers its facilities also for non-film-related projects like concerts, theatre and dance performances, etc. In the past few years its studio has hosted events such as a concert of Laibach music group, the theatre performance 100 Minutes by Tomaž Pandur, and the acclaimed Butoh dance performance Koora by choreographer Tanja Zgonc co-produced by Dance Theatre Ljubljana and Dance Week Zagreb (Hrvatski institut za pokret i ples, Zagreb) which appeared as part of Eẋ Ponto International Festival in 2003, the performance FAKE it! by Janez Janša, produced by the Exodos Institute in 2007, Arsenal Depo 2K9. Contemporary Research Art curated by Jurij Krpan in 2009, etc. 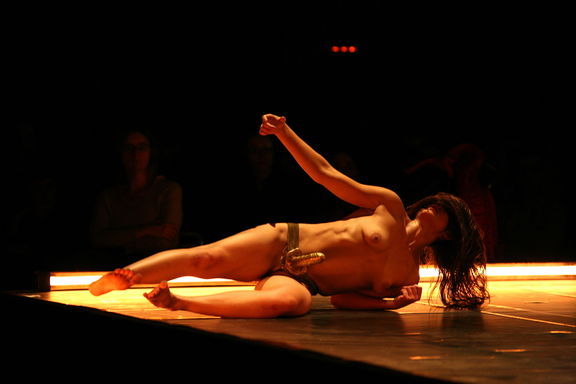