The Aksioma Institute is a production and organisation unit for various endeavours in the field of contemporary art. It runs its own gallery called Aksioma Project Space, presents internationally renowned performances and new media art projects, collaborates in producing new artworks, publishes books and texts on artists and art, sets up lectures, and represents Slovene artists abroad.

Based in Ljubljana, Slovenia, it was founded in 2002 and is run by the multimedia artist Janez Fakin Janša, formerly known as Davide Grassi.

Aksioma tends to engage in projects which utilise new technologies and reflect on the structures of the (post)modern society, as organised by technology itself. Focusing on artistic production that explores social and political concerns, it endorses practices which – for example – aim at rethinking, subverting or hacking the roles and narratives of mass media, using a variety of mediums to do so.

Though working primarily in the field of new media, or intermedia, art, the institute also produces and presents performing and visual arts works dealing with or commenting on contemporary and emerging technologies and their impact on society.

In light of more than the dozen (sometimes double that) productions, performances and exhibitions per year, one is hard-pressed to thoroughly sum up the directions explored by Aksioma.

Nevertheless, a very partial listing of its relatively recent projects can give a feel for the topics and means explored: Sonoseismic Earth (a responsive kinetic installation that presents Earth in the age of the Anthropocene); The World Without Us (a group exhibition at Match Gallery exploring "narratives on the age of non-human actors" and curated by Inke Arns); Random Darknet Shopper (a robot/software entity that randomly bought and ordered items on the Darknet); Joey Skaggs in Ljubljana (a visit by the notorious social activist, educator and prankster Joey Skaggs); All Work, No Play (an interactive exhibition of video games that make people critically engage with current socio-political issues); Eternal September (a group exhibition at Škuc Gallery on the relationships between professional art making and the rising tide of amateur cultural movements throughout the Web); and History of the Future (a cinematic archive/multi-media presentation of international science-fiction production and representations of possible realities of the future and the present).

Aksioma Institute tends to work with artists whose approach to new media is not just about technology but also about the issues that resonate with Aksioma's overarching concern. Of the Slovene artists, we can name the multimedia artist Sašo Sedlaček; the self-styled "pseudo-artist and intimate mobile communicator" Igor Štromajer (of the Intima Virtual Base); Neven Korda and his experimental video "theatre"; Marko Batista, a tech-mixed-media artist, sound researcher, video experimentalist and AV performer; the interdisciplinary artist Maja Smrekar, the recipient of the Golden Nica 2017; Boštjan Čadež, creator of the interactive toy Line Rider, whose works merge virtual reality, artificial intelligence and robotics; and Sanela Jahić, whose works investigate the role of automation in work and creating art.

Just a few of the many international artists and collectives with whom Aksioma has collaborated are Jennifer Lyn Morone (US), Pinar Yoldas (TU), Jacob Appelbaum (US), !Mediengruppe Bitnik (CH/UK), Nicolas Maigret (FR), Molleindustria (IT), Golan Levin (US), Josef (Seppo) Gründler (AT), the Critical Engineering Working Group, and Michael Madsen (DN).

Aksioma has produced several projects by its director Janez Janša, formerly known as Davide Grassi. One very visible enterprise, initiated in 2007, was his official and permanent name change. Alongside two other artists, formerly known as Emil Hrvatin and Žiga Kariž, he took the name of the then prime minister.

Various projects have taken place in the framework of this project and the trio also presented the performance Signature Event Context on the Transmediale 2008 in Berlin. In the same year, the exhibition NAME – Readymade was featured at the steirischer herbst Festival of New Art in Graz. Since then, the Janez Janša name change project has also been presented in ArtLaboratoryBerlin, HONF laboratory Yogyakarta (Indonesia) and at the LASALLE College of the Arts in Singapore. In 2012, Aksioma Institute ran the first successful crowdfunding project in Slovenia, which enabled the postproduction of the My Name Is Janez Janša documentary film. In 2017, the extremely well-attended retrospective exhibition Janez Janša®, curated by Domenico Quaranta, took place at the Museum of Contemporary Art Metelkova.

In December 2020, he changed his name again, this time to Janez Fakin Janša.

Aksioma frequently publishes texts on contemporary art in various formats, books, brochures and catalogues. As a rule, the publications are available to read both as free downloads or as paid print-on-demand. Usually, they are available either in English or as bilingual publications.

The titles include Mladen Dolar's What's in a Name and Domenico Quaranta's Beyond New Media Art; texts on the work of artists like Marko Batista and Sašo Sedlaček; The Pirate Book based on Nicolas Maigret's work (offering a broad view on media piracy as well as a variety of comparative perspectives on recent issues and historical facts regarding piracy); and many others.

Aksioma has also released some albums, among them, an album by the Bast collective Bast – Retinal Cirkus (2007) containing improvisations recorded at Klub Gromka.

The Aksioma Institute collaborates as a producer and co-producer with numerous and diverse institutions. In Slovenia, among its frequent partners include Kino Šiška Centre for Urban Culture, the KiBela Art Space, the Museum of Modern Art, Maska Institute, the Koroška Gallery of Fine Arts, Kapelica Gallery, Match Gallery, Bunker Institute, and the City of Women International Festival of Contemporary Arts. 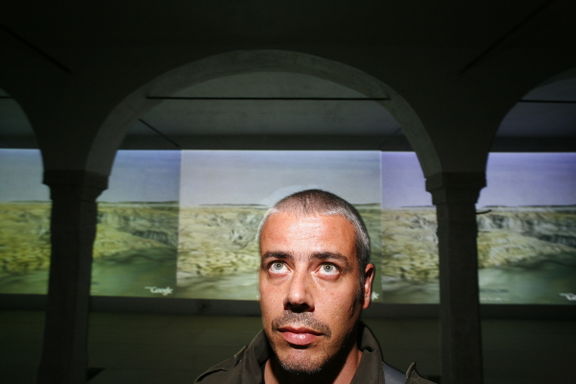 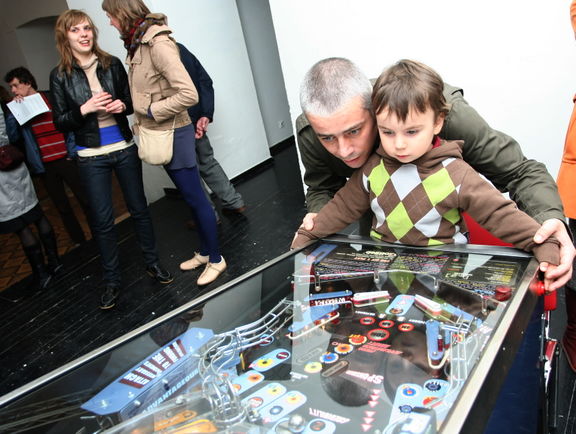 Artist Janez Janša at his Machina ZOIS, the Article 23 exhibition, held at Škuc Gallery in 2008 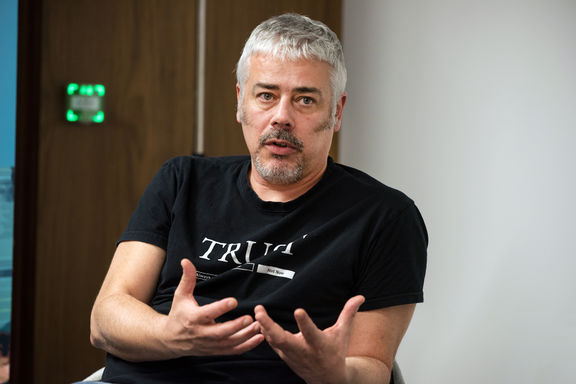