Cirkulacija 2 is a transdisciplinary art collective that was founded in 2007 and which is dealing with longer-term practices in the area of contemporary technological art. They use different media approaches (radio, television, video, robots, mechanisms, devices ...), visual elements, and sound for an artistic expression.

The collective is socially engaged and had been situated in Tovarna Rog in a defunct heating station, which also provided the inspiration for the group's name. The permanent members are Stefan Doepner, Borut Savski, Jakob Hariš and Boštjan Leskovšek. They ironically declare their art as "Male Art" and actively cooperate with many other artists as Expanded Cirkulacija 2.

In 2014 Cirkulacija 2 moved to larger premises of the former wholesale shop in the defunct Tobacco Company (Tobačna) complex. In 2019, they had to move of these premises and in 2020 found a semi-temporary venue and production space in the Ajdovščina Underpass.

Cirkulacija 2 creates a platform for the continuous creation of experimental music and intermedia events and facilities, and maintains an independent common physical space for technology and art production. It is self-organised and does not depend on gallery exhibition programmes but researches production and presentation systems of galleries and museums. It gathers independent art producers seeking new, different ways of mutual decision-making and cooperation in small groups where they support the universality of each member. The goal is to clearly demonstrate the successful outcome of such cooperation – both in the field of understanding and creating new approaches in contemporary art.

They support do-it-yourself (DIY), Open Source code, Creative Commons, etc. – all in their broadest sense and try to point out the importance of processuality in art. They also believe it is essential to be able to explain their purpose at any time, constantly verifying the sense of their actions, and adapting the procedures of their artistic activity to successfully place it in the environment.

They create series of dynamically changing, progressive, collaborative situations – workshops, laboratories, presentations, and discussions where ideas can emerge and experiences can be shared. During these activities they try to generate a micro-community of a "non-consume" identity. Their events are made to fit into the local environment but through a number of international connections, guest artists, presentations, residencies, etc., they simultaneously reach beyond the local.

Cirkulacija 2 was established by Stefan Doepner, Borut Savski, Boštjan Leskovšek, Majda Gregorič, and Ksenija Čerče as a direct result of Intermediate Spaces festival (part of Steirischer Herbst festival) in Graz and Ljubljana (Kapelica Gallery) organised and produced by Trivia Art Association and ESC gallery in the fall of 2006.

In 2007 they started with public monthly events in Tovarna Rog and continued with organising weekly meetings and events in 2008.

The collective began "squatting" in the heating station in Tovarna Rog in 2007 to satisfy their need for a working place. The space was used both for production and presentation of contemporary art, and was treated in a categorically unbound manner, for example with the so-called "consume" events, where meals were (and still are) joined with gathering, presentations, and music. Only a few of the many Cirkulacija 2 projects – which often defy easy definitions – are listed below.

Under the guise of Trivia Art Association, Cirkulacija 2 has in 2009 also produced a series of events entitled Prototype 11, where they introduced the topics of self-organisation, self-production, anti-hierarchical social structuring, principles of re-invention, and international collaboration. They dealt with the term "techno-progressivism" – as opposed to "technophobia" and "technophilia". Expanded Cirkulacija 2 presented Concourse = Discourse in Alkatraz Gallery in May 2010. It included various activities: presentations, performances, projections and exhibition objects. For this occasion Cirkulacija 2 announced an open call for participation and invited many authors, among them Effi Tanner, Maja Smrekar, Marko Košnik, BridA, Federacija, and Bojan Andjelković. In December 2011 Stefan Doepner and Borut Savski presented their cyber structures possessing the ability of autonomous behaviour.

Cirkulacija 2 received the Golden Bird Award in 2009. The award was granted for their specific type of independent artistic production, uncompromising activist and artistic posture, and a positive influence on the Slovene contemporary art space. 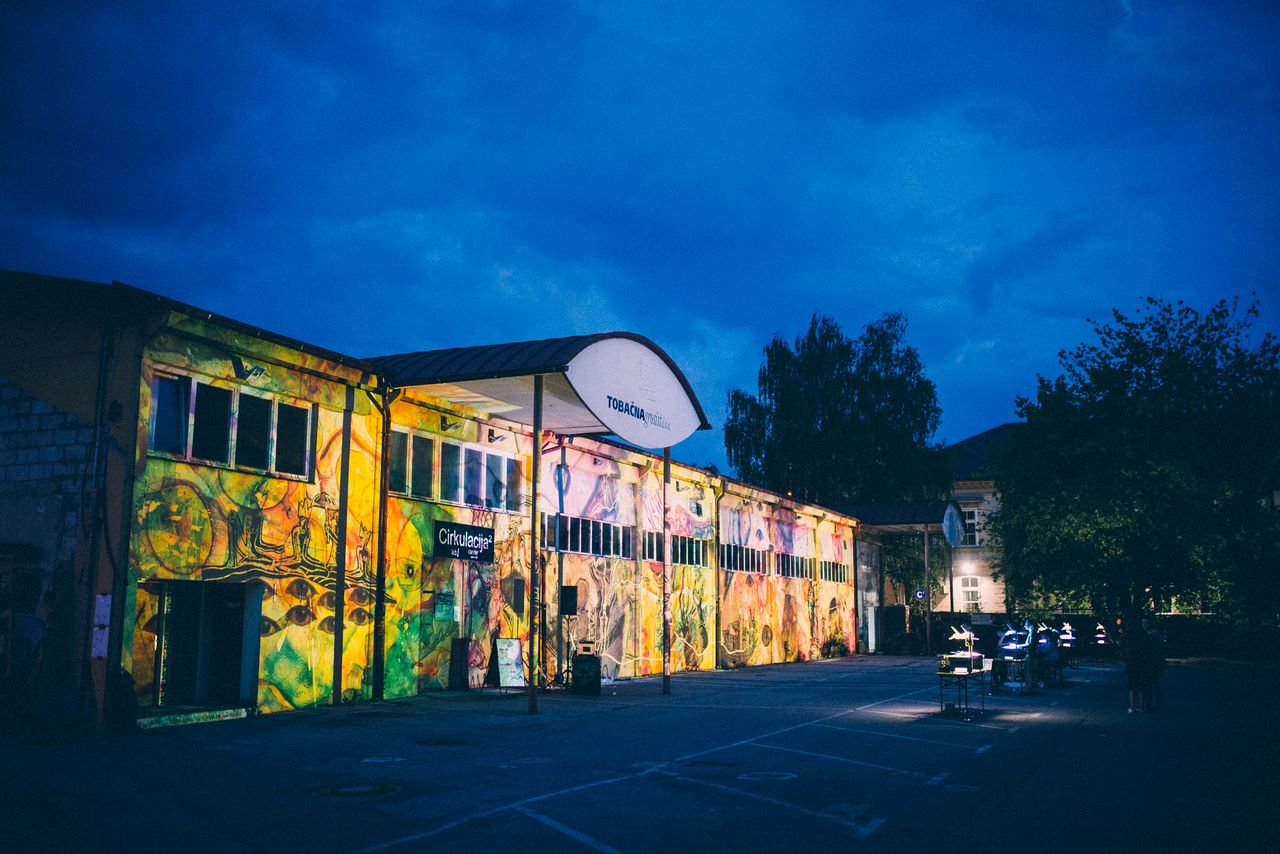 From 2010–2013 they have been making "total art" events, a week-long art event, organised three times annually with the purpose of creating live art. The doctrine of total art means especially the establishment and the functioning of the platform on all possible stages – the actions and activities branch far and encompass various new media approaches, music, video, sound, discussions, etc.

Sound plays a very important role in the production of Cirkulacija 2. They publicly presented the contemporary sound label Trivia Records at an event on Novi trg in Ljubljana which included visual projections by Zank in December 2010. They had an experimental sound concert with renowned Slovene ethnic singer Bogdana Herman as vocalist in 2009.

Expanded Cirkulacija 2 participated on Pixxelpoint International Festival of Computer Art 2010 in Nova Gorica where they organised a condensed week long public event in a small concert hall in Mostovna.

In 2011 also attended at the International Festival of Computer Arts (IFCA), providing a set of light projecting tools and interfaces, among them some DIY laser systems. They prepared interactive and generative systems and some solutions for so-called autonomous light graffiti. The presentation was part of the series of public audio-visual actions Urbi et orbi, an intervention for which they compiled a mobile platform, which enables multimedia (audio and video) in open venues.

Since 2014 the new premises of Cirkulacija 2 at Tobačna were one of the venues of the Strictly Analog Festival. 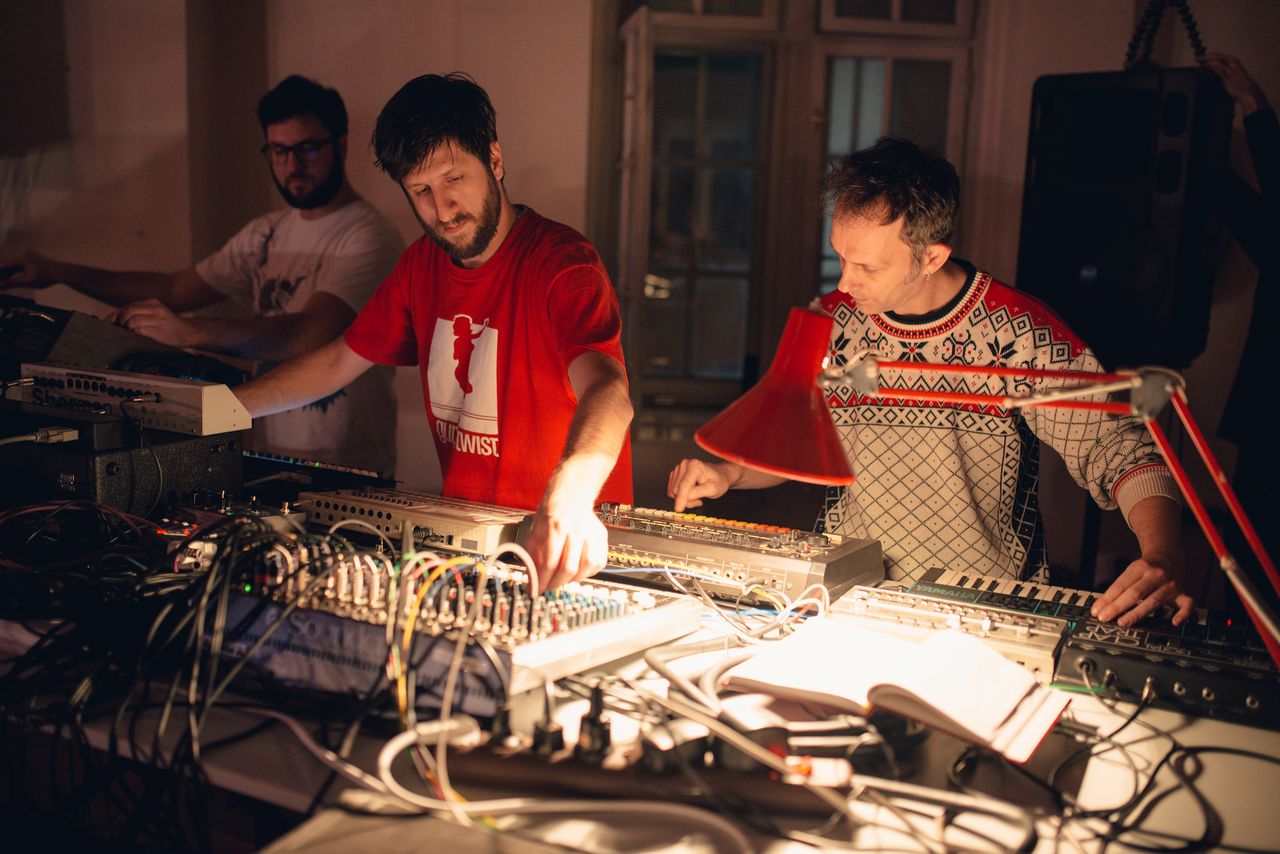 Cirkulacija 2 actively cooperates with international artists in the form of joint projects or residencies etc. Again, the list of international collaborations is long and one can only arbitrarily mention a few.

Reni Hofmueller from Graz, who joined the event in Tovarna Rog, presented documentation of her projects in January 2010. They organised Total Noise Session with international artists who share interest in technological development in art and were present in Ljubljana in November in the frame of International Festival of Computer Arts (IFCA), HAIP and KIBLIX: Marc Dussieller (SWZ), Nic Geeraert (B), HONF Collective - ID (IND), Angelo Vermeulen & Diego Maranan - Biomodd (B/PI). Also, Bulgarian curators Margarita Dorovska and Petko Dourman and artist Shulea Cheng were guests of the Netart – Hot Potatos event in 2009. At Net art Community Convention 2009 at MedienKunstLabor in KunstHaus Graz (Austria), Cirkulacija 2 made a technological workshop and presented WEB 2.0: Reality Show 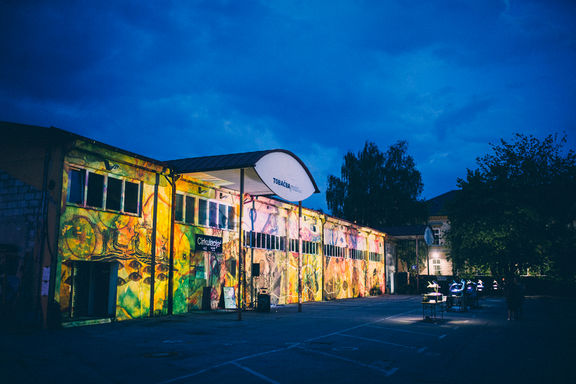 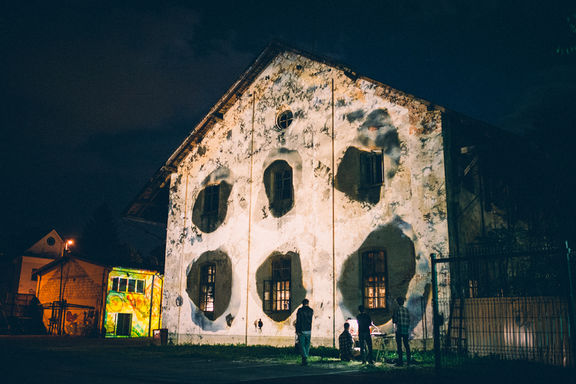