Established in 2004 by Marija Mojca Pungerčar, Borut Savski, and Marjan Kokot, the Trivia Art Association is a platform for the creation, support, and production of its members' and collaborators' art projects with an emphasis on the production of contemporary visual arts and new media.

The work of Marija Mojca Pungerčar has a strong documentary character and engages various media: installation, video, performance, etc. Among her outstanding projects produced by Trivia Art Association are the website project Safe House, featuring material collected during her residency in New York City; Outside My Door, Dresscode, and A Story of Shoes (conceived together with Veronika Klančnik); Special Offer; Stereo-Visions; Singer; Brotherhood and Unity (at Simulaker Gallery); Mortality Table and the ongoing project Socialdress. Many projects were staged in various public places or exhibited in local galleries, such as P74 Centre and Gallery.

Borut Savski is an intermedia artist working in the domain of concepts and contexts, especially in connection with sound (and sound objects) as a metaphor. His artistic installations are more conceptually oriented, such as the new media projects The Oracle; The Dancer (with Stefan Doepner); Basic Questions; and Videographics.

In 2006 Trivia organised the international exchange project Intermediate Spaces Graz – Ljubljana in collaboration with Kapelica Gallery (Ljubljana) and ESC (Graz). It was part of the programme of Steirischer Herbst 2006. Reni Hofmueller, Miriam Raggam, Nicole Pruckermayr, Borut Savski, Marija Mojca Pungerčar, Stefan Doepner, Luka Prinčič, Matjaž Manček, and many other artists participated on a two-week exchange in Ljubljana and Graz. The project stimulated the formation of the Cirkulacija 2 art collective.

Since 2007 Trivia Art Association has developed the publishing of new media and multimedia art under the label Trivia Records. They aim to overcome the limitations in accessibility of non-commercial works of art so that they can easily reach a wider audience and the next generations. The editions are targeted both at local and international art markets.

Trivia Records functions as a new media archive, publisher, online classroom, and shop. Their offer can be divided into four areas: Trivia Audio/Video, Trivia Prints, DIY Instructions, and Trivia Products produced by members of Trivia Art Association. Most of the Audio/Video can be downloaded for free, such as sets of recordings from evening sessions at Cirkulacija 2's location at Tovarna Rog and Milan Kristl's Bandura Kejti in Ti (2004). The products include Marija Mojca Pungerčar's Mortality Table, an art project in the form of a thematic chocolate bar and her book How Has Art History Changed published in December 2010; Milena Kosec's Pocket-sized State and MK; and many others.

The performance Newly Composed Slovene Folk Songs presents the contemporary use of folk songs patterns and produces a dramatic tension. The songs were arranged by Bogdana Herman and Borut Savski and performed by them at Ljubljana Castle's Kazemate Gallery in September 2011; at Sajeta Festival in Tolmin in 2010; etc.

Pieces from the series Strained Structures by Borut Savski were presented at the Device_art exhibition in Tokyo, Japan in 2010, within the Robot Museum exhibition in Maribor, in Trubar Literature House in 2011 and in Metropolis gallery on Kersnikova where visitors could see a cybernetic structure Tree of Knowledge in January 2012. The interactive sculpture Orakelj II by Borut Savski was presented in Likovni salon Celje as part of the Oracle project by Petra Kapš.

Trivia Art Association organises many workshops in Slovenia and abroad. In collaboration with Ljudmila they organised a Theremidi workshop held in Media Lab I'MM_ in Zagreb in December 2011 as well as the workshop "Termenvox, Theremin or Etervox" which took place at Ljudmila in October 2010. Both workshops were led by Savski. 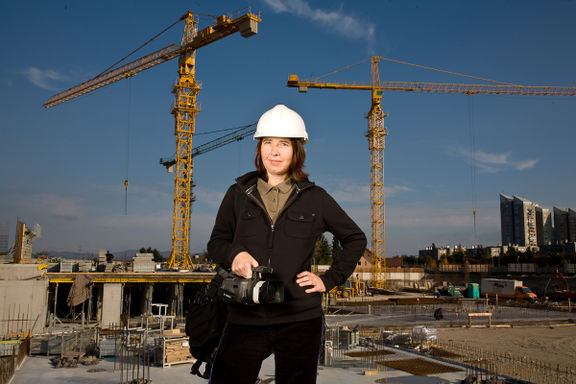