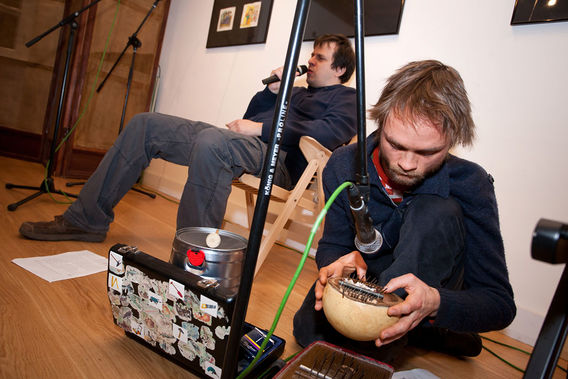 Within the World Book Capital Ljubljana framework a new venue was opened in September 2010 in the very centre of the city. Trubar Literature House serves as a cultural and intellectual centre with a book club, exhibiting space and information point.Their program consists of continuous (seasonal) series of events and one-off literary or cultural events. The mission of the Trubar Literature House is to become the reference point for literature, the book and socio-critical reflection in the broad sense of the word. The Literature House offers a programme covering literary and artistic, as well as critical and reflexive topics. They regulary post written reports about their events on their website.

The Trubar House of Literature has its premises on the first floor of the house in Ribjem trgu (Fish Square), where Primož Trubar once lived. With 175 square meters of surface, place is composed of the museum room dedicated to Primož Trubar, the central event space and a smaller club-reading room.

Trubar Literature House is operating under the auspices of Ljubljana City Library since 2011.

Weasel: The making of the hand-drawn animation, Trubar Literature House, 2017.

A symposium dedicated to Svetlana Makarovič's literature, organised by Arsem Agency and held at the Trubar Literature House, 2010