Established in 1997 by internationally recognised Slovene artist Tadej Pogačar, the P74 Center and Gallery is an open platform for presentation, promotion and education of contemporary visual, new media and time-based arts. Since 1999 it operates under the P.A.R.A.S.I.T.E. Institute.

For 15 years the P74 Center and Gallery was housed in the dislocated premises of the high school Gimnazija Šentvid on the periphery of Ljubljana and in February 2012 moved to the Šiška Cultural Quarter together with the Kapsula Project Space, previously located in the very centre of Ljubljana.

The centre fosters knowledge, encourages the exchange of new ideas, and promotes innovative and challenging models in contemporary art and culture. This mission is achieved by P74's programme of solo and group exhibitions as well by other national and international visual arts, new media arts, and experimental music projects (for example, Sound Explicit).

In 2003 the P.A.R.A.S.I.T.E. Institute started a public artist's book competition for artists of all nationalities living and working in Slovenia. Two years later, the organisation began producing and publishing artists' books. Since then, the venue has become the home of its growing Artist's Book Collection. In early summer 2009 the P74 Center and Gallery was also the venue of the practical oriented workshop for artists' books.

In 2010, in collaboration with the UNESCO project World Book Capital Ljubljana 2010, P.A.R.A.S.I.T.E. Institute organised the first Blind Date Convention, Festival of the Artist’s Book, a book fair with exhibitions, retrospectives, symposia. The Blind Date series of events has been dedicated to artists' books: in 2011 P74 organised the exhibition of books published by Lubok Verlag, Leipzig, there has been also some presentations of the Blind Date Convention abroad.

Since the beginning the P74 Center and Gallery has featured projects by emerging Slovene artists featuring solo or group shows. Some of the artists that have started here are Sašo Vrabič and Žiga Kariž as well as Tanja Lažetić, Dejan Habicht, Miha Knific, Nika Zupančič, Tobias Putrih, Metka Zupanič, Lada Cerar, Vesna Bukovec, Jure Engelsberger, and Tomaž Tomažin. Each year one of the solo exhibitions is dedicated to the winner of the OHO Group Award.

The P74 Center and Gallery often cooperates with guest curators to include work of Slovene artists within an international context. The international research and curatorial project The Renaming Machine curated by Suzana Milevska featured a symposium, exhibition in the Jakopič Gallery in 2008 and a book (published in 2010). The project dealt with the "construction and destabilisation of the memory of national, cultural and personal identities in the former Yugoslavia and South-Eastern Europe over the past two decades".

In 2009 Miško Šuvaković prepared the exhibition Clandestine Histories of the OHO Group focused on the notion of neo-avant-garde excess in the context of the socialistic society. In the same year P74 celebrated the 15th anniversary of P.A.R.A.S.I.T.E. Museum of Contemporary Art with the exhibition This is not America. 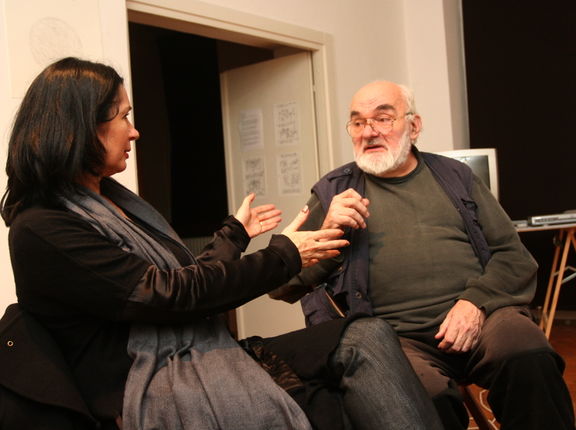