Since 2003 the non-profit organisation Photon Gallery – Centre for Contemporary Photography researches and presents contemporary fine art photography. In particular, the gallery focuses on recognising and promoting various Slovene and international artists working in the field of contemporary photography and video, with an emphasis on the production from Central and South-eastern Europe.

In 2013 Photon has opened a gallery space in Vienna, since 2014 in the city’s emerging art quarters at the former Ankerbrot bread factory, Absberggasse 27. In 2016 it moved to the 7th Quartier in the city center, Zieglergasse 34.

Beside solo exhibitions, Photon Gallery also produces various thematic and overview group exhibitions: the series of international overview exhibitions Photonic Moments (2005–2008), overview group exhibition Photonic Luminatic – New Slovenian Photography and Video (2008), historical documentary exhibitions Early 80s Music Scene (2005), Laibach-Focus (2004), Early 80s Music Scene (2008) and Pankrti (2007), dedicated to the crucial music movements in Slovenia and Yugoslavia, and thematic group exhibitions such as Foto-graph (2005), Transitions (2006), Red: Gendered Colour in Frames (2010) and a series of curated video exhibitions under the common title Video in Progress (2008–2009). In 2019 the project Concrete Dreams was presented, it explored the heritage of industrial architecture, as it has been conveyed through the photographic and video media

Photon Gallery regularly collaborates with numerous Slovene organisations, institutions and festivals. Photon Gallery took part within the programme of the 2009 International Feminist and Queer Festival Red Dawns and was in partnership with institutions and organisations such as National Museum of Contemporary History, Cankarjev dom, Museum and Galleries of Ljubljana, Fotografija, Magazine on Photography and the Academy of Fine Arts and Design. 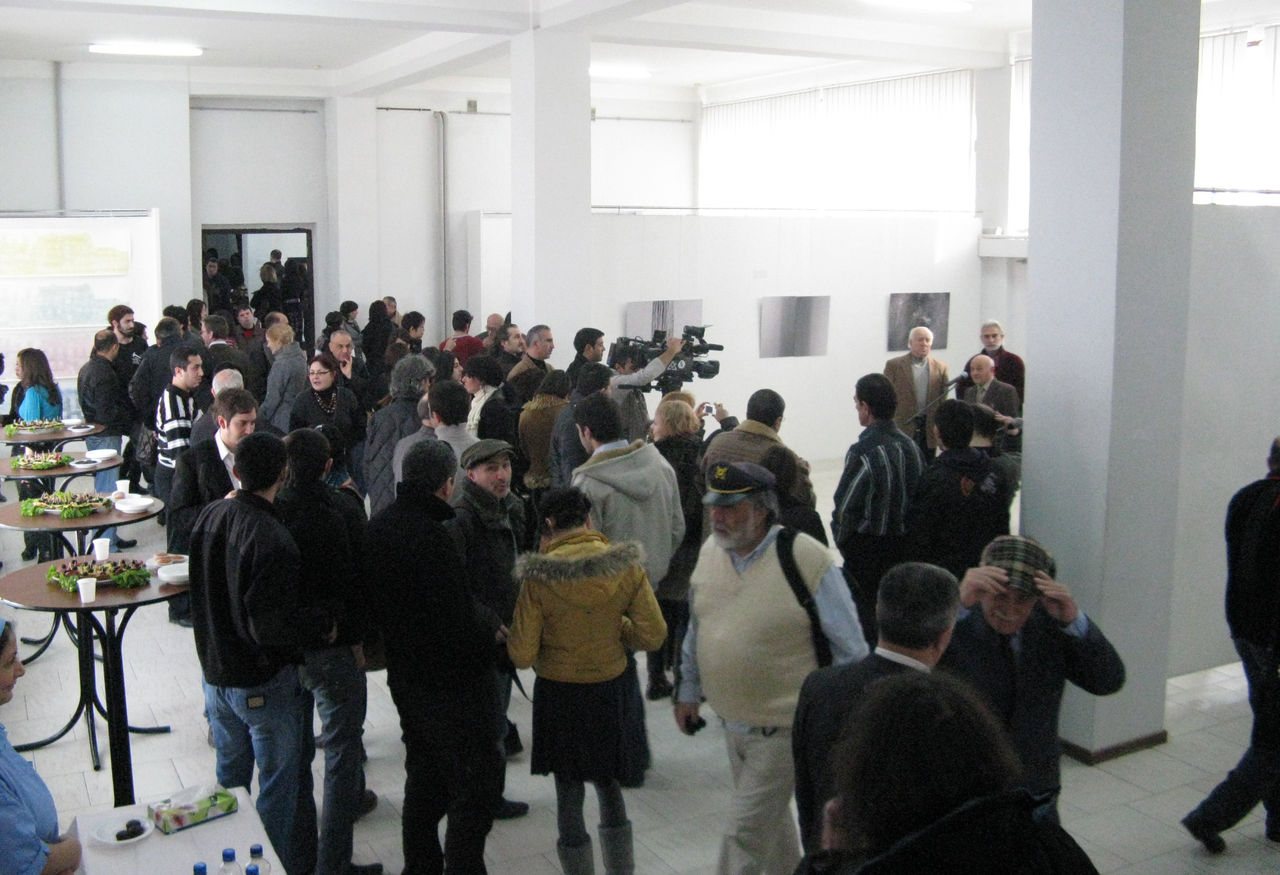 International cooperation has been boosted by Photon's presence in Vienna. Galerie Photon opened in 2013, and since April 2014 organises exhibitions in the vibrant cultural lofts space within the former Ankerbrot bread factory, starting off with the Perspectives of the City exhibition that presented a selection of a dozen of Slovene photographers and video artists.

Inspired by events that took place in 2004 in a number of European cities under the name "European Month of Photography" and with the purpose of expanding its project "Photonic Moments", Photon Gallery initiated the "Ljubljana Month of Photography". From 2006 until 2008 the annual festival, involving a great number of exhibitions and accompanying events in the Slovenia capital, focused on presenting contemporary trends in photography from different countries of South-eastern Europe and the broader international scene. After the 2008 edition, the festival's board decided to switch to a biennial format, and fused both manifestations. Today the Photonic Moments – Month of Photography is a leading festival of contemporary photography in the region, featuring a number of relevant internationally-based exhibitions and a strong accompanying programme.

In 2007 the Photon Gallery introduced the programme Video in Progress which presents contemporary video art. The focus of the first two years was on video artists from the region has shifted to more conceptual criteria of selection. In 2011 the event grew into a festival.

Since 2008 the exhibition Photonic Luminatic is an overview introducing a selection of Slovene artists who use photography and video for research and creative endeavour in the broader context of the visual arts. The curator of the whole exhibition is Dejan Sluga, director of the Photon Gallery, while selection of video art was done by Vesna Bukovec and Metka Zupanič. The first edition focused on the phenomenon of the "new documentary photography" within contemporary artistic practice with an aim to show how photography continues to become increasingly relevant as a completely independent artistic medium, and it is additionally evermore used as a tool for the presentation of various multi- and intermedia projects.

Photon Gallery represents almost 40 national and international artists whose available works are documented on the gallery's website. The gallery promotes its artists at international art fairs using the strategy of a curated presentation based on a thematic frame. 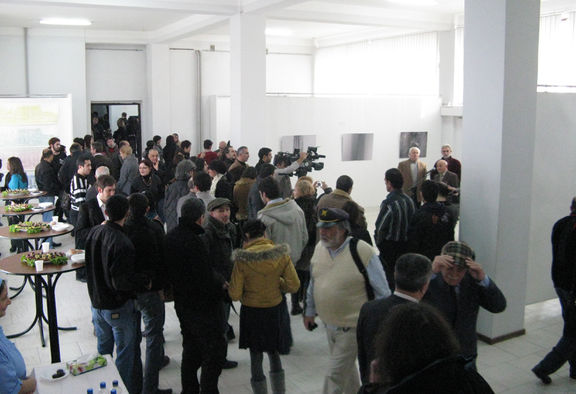 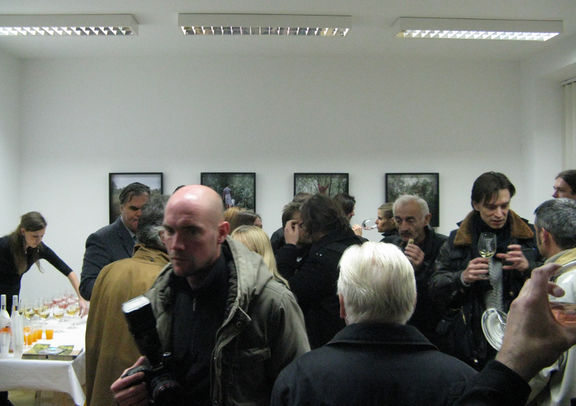 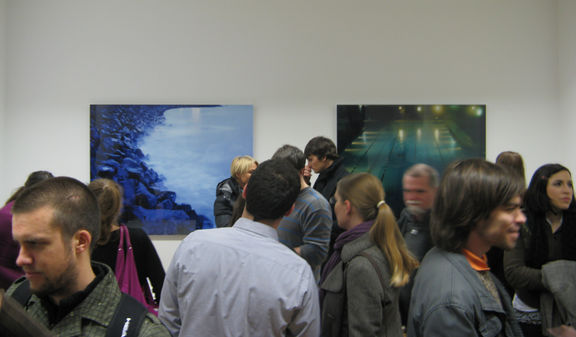 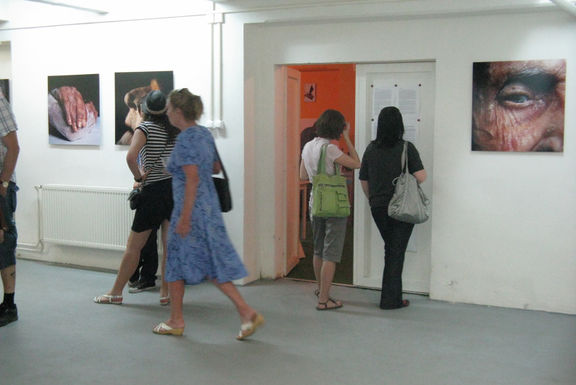 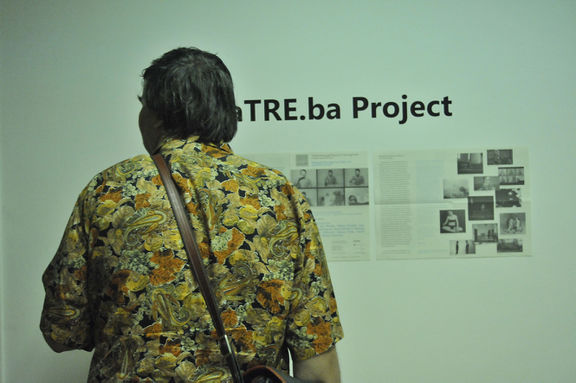 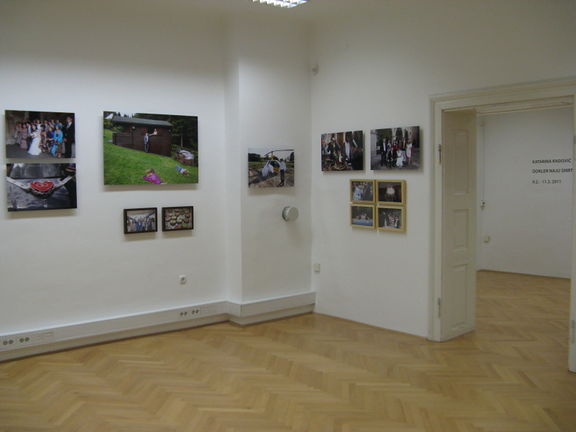 Until Death Do Us part, a view of the exhibition by Katarina RadoviÄ, Photon Gallery, 2011 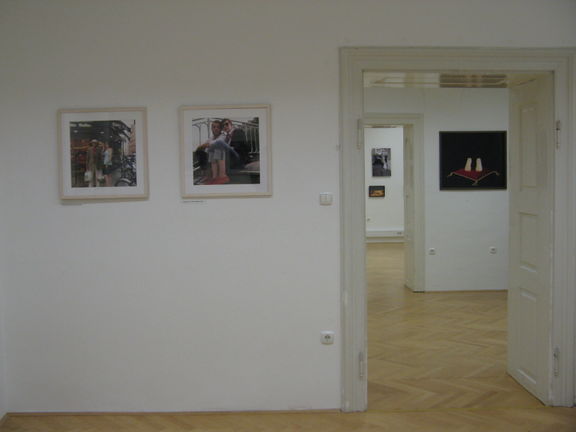