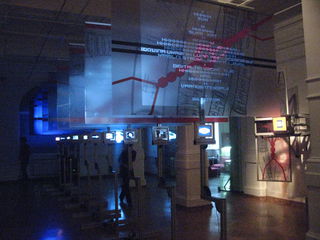 In 1996 KIBLA Multimedia Centre (Association for Culture and Education KID KIBLA) opened as Slovenia's first presentation and production institution in dealing with multimedia and new media art within an ongoing cultural programme. Since then KIBLA's programme has focused on new (contemporary) educational, cultural and artistic practices, connecting education and research, culture and technology, arts and sciences. In particular, KIBLA aims to emancipate and demystify new media as a creative tool in education and new forms of art. 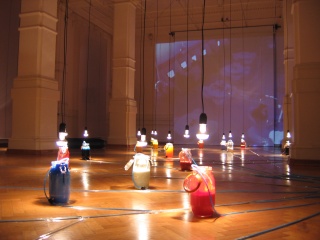 Part of the space of the KIBLA Multimedia Centre is occupied by KiBela Art Space, space for art where hundreds of exhibitions, performances, presentations and other artistic events have taken place since 1999, in both traditional, as well as advanced technological set-ups.

Since 2012, when Maribor was the European Capital of Culture together with partner cities, the program of visual and intermedia arts has been extended to the premises of KIBLA PORTAL, which now serves as a multi-purpose venue.

ARTKIT is part of the idea of revitalizing the old city center, where artists, designers and artisans can put their creativity to use by developing traditional handicraft skills, enhanced by means of information-communication technologies.

KIBLA Multimedia Centre festivals include the KIBLIX Linux IT Festival, and the acclaimed Skrite note (Hidden Music Score) Festival with the programme of avant-garde music. Since 2007 it has been organising also the (DA)(NE)S Festival of Microtonal Music, which is now being set as a concert series.

It also cooperates with numerous other organisations in Maribor, Ljubljana (Ljubljana Jazz Festival, Druga Godba Festival) and abroad. Kibla was also the initiator of the Izzven Jazz Festival, which was taken over by Narodni dom Maribor in 2011.

KIBLA is a founding member of the M3C Multimedia Centres Network of Slovenia.

KIBLA Multimedia Centre has significant experience working in international cooperation projects. The list of projects co-funded by the European Commission and its funding bodies in which the organisation has participated is perhaps among the largest for a Slovene institution.

With funding from the Culture 2000 programme in the years 2002–2003 KIBLA co-organised the annual project tx0om – Textures in bloom, which investigated interactive, intelligent and responsive environments at the crossroads of digital physics, phenomenology and biomimetics where the body becomes intermediary. It also co - organizes the multiannual project Virtual Centre Media Net.

KIBLA participated in the annual project e-Agora, which developed a virtual multimedia platform for innovative production and presentation of performing arts using the latest communication technologies.

Project activities of KIBLA have included the conference co-organised ASEUM, the 1st International New Media Art Festival in the Philippines. One of KIBLA's significant networking European projects was X-OP - eXchange of art operators and producers, a multiannual (2008–2011) project intended to nurture a network of artists, researchers, operators, producers, and art centres with the aim to establish a European platform for creation of art and exchange.

In 2008 KIBLA Multimedia Centre was awarded a silver European Seal of e-Excellence by the European Multimedia Forum. The seal recognises ICT and digital media companies with an excellent track record in developing and marketing innovative products and services.

Love Festival organised by KIBLA Multimedia Centre in 2009 in Ptuj

Children puppetry performance by Igor Somrak at the Festival of love 2009, produced by Kibla Institute in Ptuj 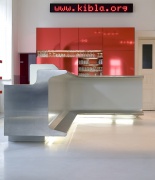 Jure Zadnikar's exhibition Towards the sun in the KiBela Art Space, 2008

KIBLIX Linux IT Festival has been run by KIBLA Multimedia Centre in Maribor annually since 2002, more recently renamed 'Kiblix' reflecting a broader approach to digital media and open source technology