Established in 2007 in the space of the former City Museum of Ljubljana Cultural and Information Centre and managed by the Museum and Galleries of Ljubljana, the Match Gallery (Vžigalica Gallery) is a venue for exhibitions, round-table discussions, lectures, and presentations reflecting predominantly the current art production.

Its activities are conceived in collaboration with contemporary artists, art institutions and producers – mostly Slovene, but also international. 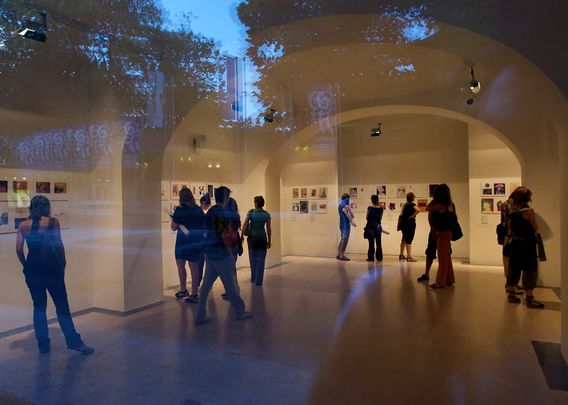 The gallery has featured the latest works of Slovene artists of the younger generation such as Manja Vadla, Sašo Vrabič, Urša Vidic, Meta Grgurevič, Saša Spačal, Veli & Amos, and Boštjan Čadež. In recent years many exhibitions by international artists have been produced as well. Including solo exhibitions by Sinta Werner, Siniša Labrović, Brad Downey, and Ali Bramwell.

In 2017 the gallery launched a new cycle "Ljubljana Bows to Slovenia" that features artists from various Slovenian cities as well as cities with a large percentage of Slovenian population. So far artists from Celje, Trieste and Kočevje have been presented within this exhibition cycle.

In the past The Match Gallery hosted exhibitions by other producers more frequently. Those included for example exhibitions by SCCA-Ljubljana Centre for Contemporary Arts and re.act.feminism, Performative Art of the 60s and 70s exhibition by the City of Women Association for Promotion of Women in Culture. It still annually hosts the Lighting Guerrilla Festival by Strip Core.

Since 2016 The Match Gallery is one of the main venues of the Indigo Festival organised by Museum and Galleries of Ljubljana and Marsh Creative Production.

Lighting Guerrilla Festival instalation at Match Gallery. Recycling was the main theme of the Festival in 2009