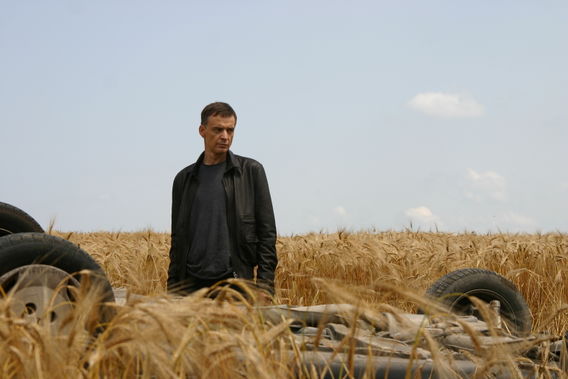 A.A.C. Productions was founded by Slovene film maker Igor Šterk in 1993 as one of the first independent film production companies in Slovenia. Up to 2010 the company has produced four long features and several short films by the author as well as some shorts and documentaries by other directors.

Šterk's first feature Ekspres Ekspres [Gone with the train] premiered in 1997 is regarded by many as the film that marked the beginning of the renaissance of Slovene cinema in the mid-1990s. With its international success it turned the attention of the international audience towards Slovene cinema again. Ekspres Ekspres won 15 international awards at film festivals and was distributed in Germany during 1999–2000. Šterk's Ljubljana (2002) and Tuning [Uglaševanje] (2005) were followed by 9:06, which was the absolute winner of the 2009 Festival of Slovenian Film. In September 2010 the film was awarded also at the Alexandria Film Festival. A long feature Come Along premiered in 2016. A documentary feature Septembrska klasa is being produced by A.A.C. Productions in 2019.

Ekspres Ekspres [Gone with the train] – produced in 1995 but publicly premiered two years later, in 1997 – was quite successful on the domestic front: it won several awards at the Festival of Slovenian Film in Portorož (1997) including awards for Best Director, Best Photography, and Best Sound, the FIPRESCI Slovenia Award, and the STOP Magazine Award for Best Actor (received by Gregor Baković) – and attracted a much bigger audience to cinemas than was usual for Slovene film in the past 20 years (when Slovene film nearly lost its audience). For the directing of the film Igor Šterk received also the prestigious Prešeren Foundation Award. Ekspres Ekspres is one of the most awarded films in the history of Slovene cinema, the international film festival awards include the Grand Prix (Golden Antigone), the Audience and Critics Award in Montpellier (France), the Audience and "Findling" Award in Cottbus (Germany), the Grand Prix at Alpe Adria Festival in Trieste (Italy), the Special Jury Award at the Molodist Film Festival in Kiev (Ukraine) and in Tromso (Norway), the Coup de Coeur Award in Mons (Belgium) and the Best Foreign Film Award in Palić (Serbia), etc. With Ekspres Ekspres distribution in Germany Slovene cinema also re-entered the European film distribution network after an absence of more than 20 years.

Šterk's second feature Ljubljana – made in 2002 – was the first Slovene film ever to be screened in the competition programme at the Rotterdam Film Festival and ran for the Tiger Award in 2002. Ljubljana was presented also in Karlovy Vary, Seattle, St. Petersburg, Moscow, Thessaloniki, Montpellier, etc. In the domestic sphere it won two Vesna Awards, for Photograpy and Best actor (Grega Zorc), and it became Šterk's commercially most successful film. Ljubljana was regularly included in retrospectives of contemporary Slovene film abroad (such as the Austrian National Film Festival in Graz in March 2003 or at the Chennai International Film Festival in New Delhi in 2008).

Tuning [Uglaševanje], the third feature film by Igor Šterk, also had an excellent festival start: its world premiere was in the competition programme of the 40th Karlovy Vary International Film Festival in 2005. But the film's biggest success came later, in November 2005, with the 54th International Film Festival in Mannheim-Heidelberg where Tuning received the Main Award for the Best Feature Film. After that it also received the Vesuvio Award for the Best Feature Film at Napoli Film Festival. Its festival career went on with screenings at festivals all over Europe and America: Montreal, Chicago, Edinburgh, Buenos Aires, Ghent (competition), Montpellier (competition), Denver, Kerala, etc. At the 8th Festival of Slovenian Film in 2005 it won the Vesna Award for Best Directing.

Since 1998 A.A.C. Productions has also produced three short films. The first was the experimental, single-shot film Stari most [The old bridge] (1998) by Vlado Škafar. The shooting took place in Mostar, Bosnia and Herzegovina, shortly after the end of the last Balkan war. Its set was a provisional structure that was built at the place where the Stari most, a legendary Ottoman-era bridge spanning the Neretva River, which was destroyed during the war by the Croatian army, once stood. Sonja Prosenc's short fiction film Nič novega, nič pretiranega [Free spirited friends] (2005) was a co-production between A.A.C. Productions and Radio-Television Slovenia (RTV Slovenia).

A new co-production – with Vertigo/Emotionfilm, Radio-Television Slovenia (RTV Slovenia) and Viba Film Studio – followed in 2007 when Igor Šterk made his short fiction film Every Breath You Take. It was his second collaboration with the writer Siniša Dragin (who has become his regular collaborator on screenplays) and it was selected for the Venice Festival's short film competition programme Corto Cortissimo in 2008.

9 06, a film by Igor Šterk from A. A. C. Productions, presented at the 12th Festival of Slovenian Film 2009
Retrieved from "https://www.culture.si/w/index.php?title=A.A.C._Productions&oldid=260309"
Categories:
Hidden categories: