The FilmIT Production House is an independent film production company that specialises in producing documentary films. It was founded in 2009 by Jure Breceljnik (1974–2015), who also conceived, scripted and directed most of its films, predominantly documentaries, very often dealing with themes related to sports and nature.

A graduate of the Academy for Film and Photography in Prague, Jure Breceljnik started his career as a successful freelance photographer, with dozens of exhibitions held at home and abroad. In 2006, he got into filming and started to work on his first film called Chalk & Chocolate, an awarded documentary about successful Slovene sport climber Natalija Gros.

After shooting some further short films, Jure established the FilmIT Production House to release Chalk & Chocolate (2009) as well as to professionally engage in film-making.

Among the more notable FilmIT films are Snowgroomer's Diary (2010), a story about the life of snow grooming drivers in an Alpine ski resort; Ko črte govorijo (When Lines Talk) (2011), a co-production with RTV Slovenia about the comics scene in Slovenia; and Wild One (2012), a movie about Philippe Ribiere, who was born with a serious physical handicap and nevertheless became a professional climber.

After Jure passed away, two of his projects were just about to be finished – one, called Terra Magica (2015), was soon after released. It is a story about a group of word-famous winemakers living and working in the Goriška Brda region. Another, titled Crossing Iceland, followed the extreme ski-kiter Jerom Josserand traversing Iceland in winter, which got released in 2016. Currently still in production is The Last Ice Hunters, a documentary about the Inuits of East Greenland.

The world premiere of Crossing Iceland was held at Bíó Paradís, an independent cinema in Reykjavík. Terra Magica was first shown at Cinéma Galeries in Brussels, and later also at the Oenovideo Grape and Film Festival in Frontignan, France, where it was awarded the Découverte Prize. Wild One was screened at the Internationale Berg und Abenteuer Filmfestival Graz (receiving an Honourable Mention), the Quatrième festival Pyrenicimes and a number of other events.

The FilmIT works are regularly screened at the Festival of Slovenian Film, the International Festival of Mountain Film (where Chalk & Chocolate received multiple awards) and the BOFF Bovec Outdoor Film Festival (here, Wild One was chosen as the best Slovene sports film in 2012), as well as at the Kinodvor Cinema and other cinemas around Slovenia. 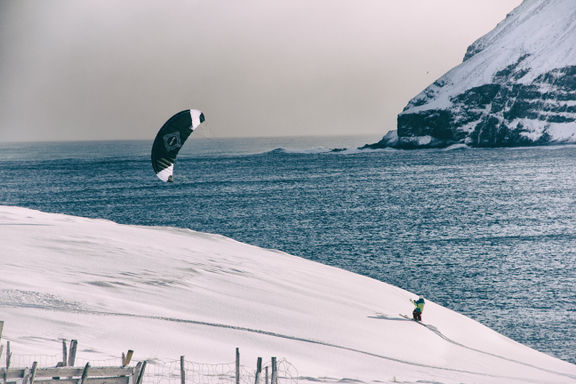