Established in 2011, Sever & Sever Production has since then produced quite a number of short films, documentaries, feature-length films and other video works. It is led by the director, screenwriter, and producer Jani Sever, who in 2006 co-founded and headed the web "television" venture Vest.si, the first and up until now still the only online daily in Slovenian that featured video-based news, interviews, and reports. By way of necessity, that project was later transformed into a film production house and in the end given a new name and company.

As a complement to their journalistic work, Jani Sever and the crew of Vest.si in 2010 produced the 30-episode-long series Prepisani [The Overwritten]. Written by Jonas Žnidaršič, it consisted of short, 8-minute episodes that were in their entirety filmed in front of the green screen. Later, in 2011, two documentaries followed – Elena, a documentary about a disability activist running for president, and Veš, poet, svoj dolg? [Poet, do you know thy debt?], which explored the history and cultural impact of the Slovene rap scene (and has been screened extensively across Slovenia).

With part of the crew that was working on these projects later migrating to Sever & Sever Production, the new company's focus has for the better part stayed true to the two themes outlined above: either dissecting the Slovene cultural landscape and its genealogy or reflecting on the topics of marginalised social groups.

In the films presenting the peripheral parts of the society, Sever & Sever has produced works on mental problems (Sanjal sem, da sem srečen), on young outcasts (Dom, Izključeni) and has filmed three pieces that deal with blindness, titled Adagio, Richard pride jutri and Hoja po vodi. The latter is the story of a successful Slovene fashion model gone blind and who became not only a businessman but a professional sportsman as well.

Sport is also one of the subjects that Sever & Sever has handled when filming documentaries about popular culture. Other themes touch on the Slovene movie history (Kaj pa Mojca?), industrial heritage (Ne bo vam uspelo, to je Jelovica!), and the cultural sensibilities of the 1980s (Nekoč je bila dežala pridnih).

Fiction films and other works

Sever & Sever has also filmed a few puppet theatre and contemporary dance shows (collaborating, for example, with the Ljubljana Puppet Theatre and the dance group EnKnapGroup), produced a couple of short films and, in 2014, released their first feature-length film Pot v raj [Sailing to Paradise].

The movie Ustava Republike Hrvaške, a co-production headed by Interfilm from Croatia and featuring Sever & Sever, was awarded at the SEEfest 2017 in Los Angeles (US); the Grand Prix of the Americas at the Montreal World Film Festival 2016; and the Jury Award at the Santa Barbara International Film Festival 2017. 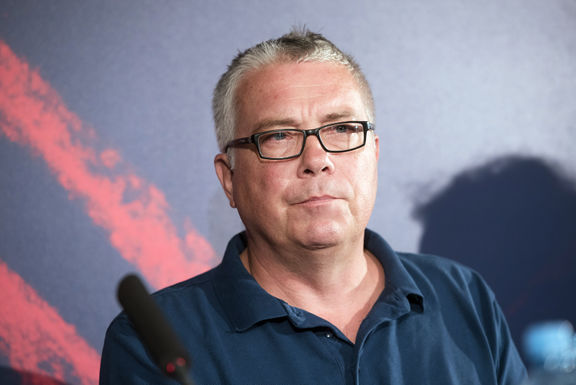