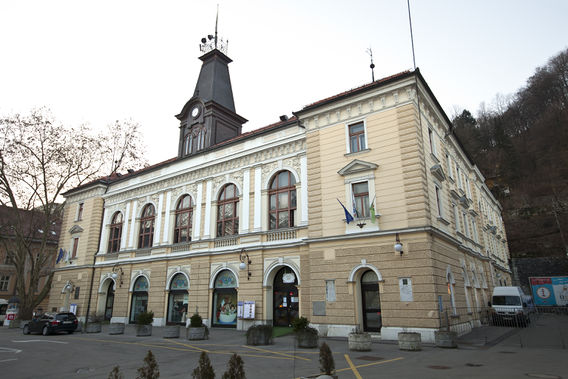 Established as the City Puppet Theatre, LPT emerged as a follow-up to numerous semi-professional puppet groups organised in the region since the beginning of the 20th century. The theatre fast developed its own mode of expression and soon became the leading puppet theatre in the then Yugoslavia. At first, the performances were based on the marionette technique, but later it also got engaged in the possibilities of hand puppetry. However, from the 1970s onward the theatre has been consistently trying to advance the technological and dramatic possibilities of puppetry, cultivating a captivating mixture of classical contents and experimentation.

Though it initially focused on works by Slovene authors, the theatre's most important early performances were adaptations of foreign works. One such production is the Žogica Marogica (Speckles the Ball), written by the Czech puppeteer Jan Malik, which remains unchanged in the repertoire ever since its première in 1951. Another timeless hit appears to be the Zvezdica zaspanka (Twinkle Sleepyhead), written by Frane Milčinski - Ježek and in the repertoire since 1955. It was followed by the eponymous film, the first Yugoslav colour marionette film, which greatly contributed to its huge success.

Doktor Faust (Doctor Faustus) is based on the motifs from the first Slovene production of the play (1938) by Milan Klemenčič, the founder of Slovene puppetry, after whom the most prominent Slovene award for achievement in puppetry is named (the Klemenčič Award). The slightly refreshed performance still uses puppets from the original staging. 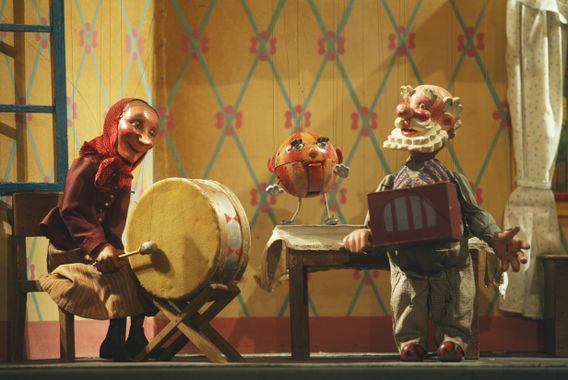 The repertory programme of the Ljubljana Puppet Theatre is divided into two segments: puppet performances and drama performances, with about twelve premières annually. The programme includes stagings of classical works, performances based on fresh texts by emerging as well as established Slovene authors (Svetlana Makarovič, Boris A. Novak, Anja Štefan and Silvan Omerzu among the more prominent ones), works by international authors as well as original, often multimedia performances. LPT collaborates with Slovene and international directors specialised in puppetry as well as theatre directors and even choreographers. 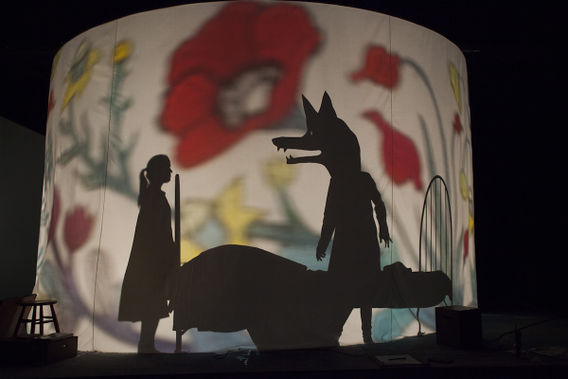 Besides its regular performances, the theatre runs the Biennial Festival of the Contemporary Puppetry Art LUTKE and co-produces the Golden Stick Festival. Productions of Ljubljana Puppet Theatre are active on international stages and also often awarded. The theatre organises puppetry workshops and generally devotes a lot of attention to various educational activities through which it wishes to advance the art of puppetry. To this end, it systemically collaborates with schools across Slovenia. 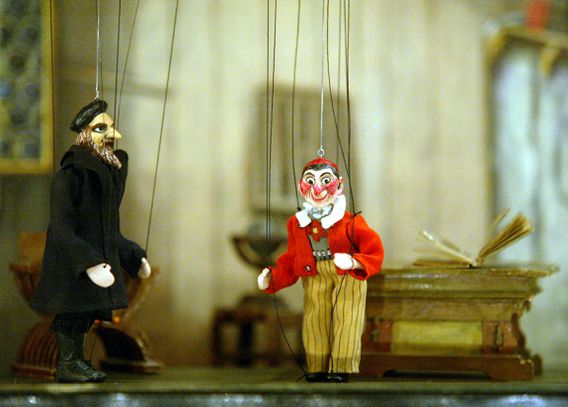 The theatre is a member of the International Puppetry Association UNIMA, the first congress of which was held in Ljubljana in 1933, and then repeated in 1992 again (the Lutke festival was initiated on that occasion). It is also a member of ASSITEJ, the International Association of Theatre for Children and Young People; Small Size, the international association focused on productions for early years (under six years of age); and is one of the founding members of NEECPA, a network of puppet centres joining primarily the key players from Scandinavia, the Baltic region and Russia. 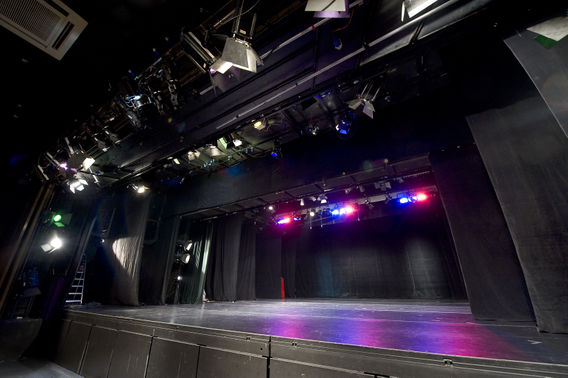 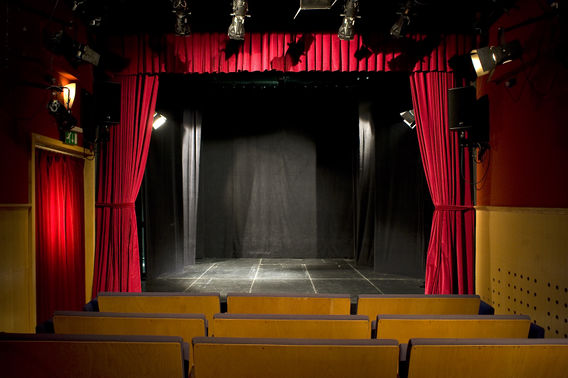 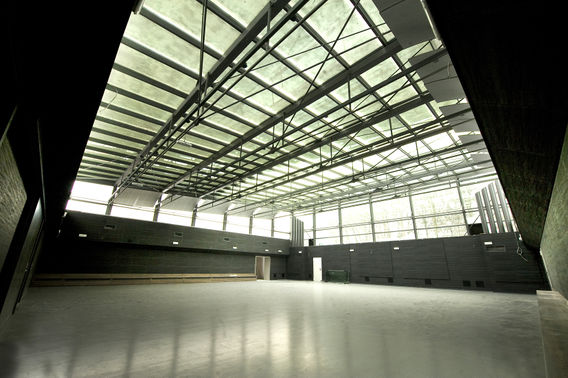 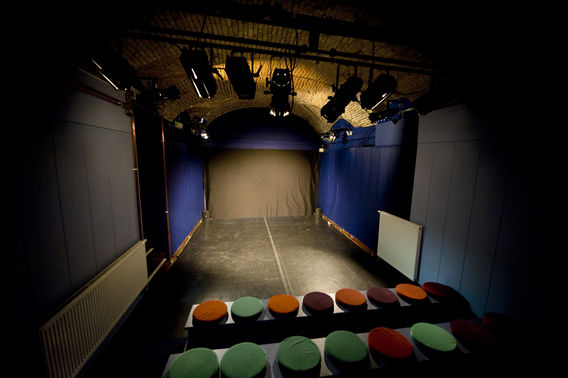 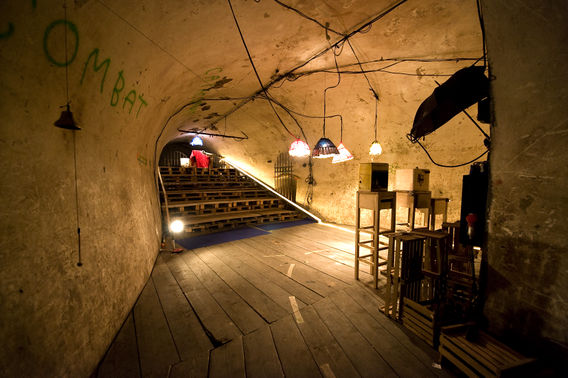 Granny with the drums and Granddad with the lajna instrument, joined by Speckles the Ball who has flown in through the window. The puppets were fabricated by Jan Malik, the performance saw its première at the City Puppet Theatre (today's Ljubljana Puppet Theatre) in 1951 and became immensely popular around Slovenia.

Doctor Faustus performance staged in 2005 with the puppets made in 1938 by Milan Klemenčič. Directed by Jelena Sitar, music by Igor Cvetko, produced by Ljubljana Puppet Theatre.

Fran Levstik's Who Made Videk's Shirt puppetry performance conceived by Eka Vogelnik, Ljubljana Puppet Theatre, 2006. The performance had its 400th reprise on 9 November 2014.

Twinkle Sleepyhead (Zvezdica zaspanka), staged for the first time in 1955 but still in the repertory today. 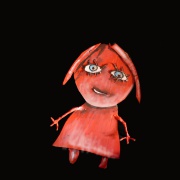 Ljubljana Puppet Theatre, 2012. At every full hour puppet of Martin Krpan, famous fictional hero in Slovenian literature, and his mare step out of interesting roof turret with a clock, which was put there in 1987.

Ana Hribar in the The Golden Shot, a monodrama on teens drug addicts written by Tamara Matevc and directed by Marko Čeh; Tunnel venue of the Ljubljana Puppet Theatre, 2012

The staging of Nekje drugje (Somewhee else), a 'puppet' play by Tim Grabnar and starring Asja Kahrimanović Babnik, depicting the horrors of war through children's eyes, 2016

The staging of Nekje drugje (Somewhee else), a 'puppet' play for children that deals with the delicate subject of war, directed by Tim Grabnar, 2016

The staging of Peter Pan, the popular fairy tale staged as a play with dancing and singing. Inspired by the Noh Theatre, where the performers are passing on the role of narrator to each other, it was directed by Jera Ivanc, 2016

The staging of Peter Pan, a children's theatre play directed by Jera Ivanc, 2016

The staging of Virginija Volk (Virginia Wolf), directed by the Italian director Fabrizio Montecchi, one of the greatest masters of Shadow Theatre, 2017

The staging of Virginija Volk (Virginia Wolf), based on the motifs from the picture book by Kyo Maclean and Isabelle Arsenault, 2017
... further results
Retrieved from "https://www.culture.si/w/index.php?title=Ljubljana_Puppet_Theatre&oldid=297036"
Categories:
Hidden categories: