Newly opened in May 2015, the Museum of Puppetry is a joint project of the Ljubljana Puppet Theatre and the Ljubljanski grad Public Institute, supported by the Municipality of Ljubljana. A permanent exhibition entitled Images of Slovenian Puppetry Art, 1910-1990 displays the numerous forms, contexts, and techniques of puppet shows, featuring both children's plays as well as experimental theatre performances.

Slovenia's tradition of recorded and preserved puppet theatre goes back to early years of the 20th century. At that time, one of the primary figures was the painter Milan Klemenčič (1875–1957), who established his own puppet theatre. Between the wars, these theatres were greatly popularised and multiplied by the Sokol [Hawk] movement. By that time, puppetry was present to such an extent that in 1933, Ljubljana hosted the international puppet association UNIMA congress. After WWII, in 1948, the Ljubljana Puppet Theatre was established. Having hosted nearly 300 premières till now, it is clear that puppetry forms a regular part of Slovenia's cultural production.

In 1990, Milan Klemenčič's daughter donated his legacy to the Ljubljana Puppet Theatre Museum Collection. The collection was set-up as a part of Ljubljana Puppet Theatre and while it is now incorporated into the museum, it is in a way also its predecessor. The material legacy of other early puppet theatres was mostly housed in various personal collections or regional and specialised museums and archives, where a lot of it still resides.

As a result, the Ljubljana Puppet Theatre had its own, rather vast repositories and in fact, they are now the primary source of the museum.

The repositories of the Ljubljana Puppet Theatre

The repositories of the theatre contained material representing nearly 300 puppet shows, which means around 3000 puppets and the accompanying scenery. These had never been systematically stored, and the material legacy of theatre based Slovene puppetry was actually quite badly preserved. When the decision to establish the museum was made a few years ago, the Ljubljana Puppet Theatre was faced with the fact that no previous know-how on handling and restoring the archived materials was available and for this, the skills and the knowledge had to be acquired.

While the museum now holds the highlighted pieces, the majority of the material is still maintained in the repositories, and based on the knowledge gained when setting up the museum, these materials are now being actively restored and conserved. For this, the theatre has recently been awarded funds from the Creative Europe programme of the European Union for a project entitled All Strings Attached: Pioneers Of European Puppetry Behind the Scenes that also involves the Municipality of Cividale (Čedad) in Italy, the Spanish theatre group Etcetera, and the Croatian Art Academy in Osijek.

The museum collection and programme

The permanent exhibition of the Museum of Puppetry is set up in a recently-restored part of the Ljubljanski grad. The collection is divided into two distinct parts. The first part presents material from the decades between 1910 and 1968. One of its sections is entitled "The Birth of Slovene Puppetry". Besides the aforementioned legacy of Milan Klemenčič and the Sokol movement. 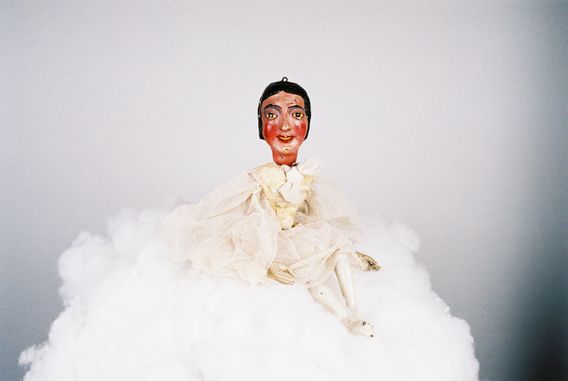 The section also presents (among others) the very curious collection of the Partisan puppet theatre (set up during WWII and lent by the National Museum of Contemporary History). A second section in this part focuses upon the early works by the Ljubljana Puppet Theatre – some of which plays are still running today. The original folk hand-puppets called lileks and Pavliha (Slovenian version of Pulcinella, Kasperl or Punch), both introduced by ethnologist Niko Kuret, are also on view.

The second part of the exhibition focuses on the development of Slovene puppetry from 1968 onwards as well as on the contemporary artistic creation in this field, which at the start of the 1980s also became a podium for more adult and experimental-oriented puppet endeavours. Besides the material legacy and stills from the performances, the collection screens some early Slovene puppet animations and televised puppet show series, since already for a long time, RTV Slovenia has had its own puppet studio. This material was lent to the museum by RTV Slovenia and by the Slovene Film Archives.

There are also three interactive wooden stages, one for string puppets, one for hand puppets and a third for shadow puppets, all of them accompanied by experiential content on interactive screens. The three stages were designed and made by the renowned puppet director and artist Silvan Omerzu, founder of the Konj Puppet Theatre and recipient of the Prešeren Award.

Guided tours of the the permanent exhibition are available, which will also be accompanied by additional educational programmes for children, youth and adults.

Not only has the museum opened its doors at the Ljubljana Castle, the castle will also be the venue for a regular programme staging old puppet shows.

Lutkovna pot (Puppet Path) comprises of five installations animated by interactive mechanisms created by Silvan Omerzu. That are situated between the two locations in order to signal the connection of the Ljubljana Puppet Theatre and the museum.

Ballerina, the Sokol puppet created in 1930. The Sokol movement was an important platform for the 1930s puppetry development in Slovenia.