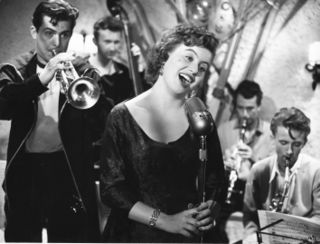 The Slovene Film Archives (SFA) is the central institution for the storage and protection of the Slovene national film heritage. It is a part of the main state archival institution, the Archives of the Republic of Slovenia. The SFA was founded on the basis of the legislation that classified film as archival material. Over the years it has collected and then technically processed more than 90 per cent of all the films produced in Slovenia. Its main task is to register, collect, maintain and protect film material and to introduce it to the public. Its collection comprises fiction, documentary, scientific and animation films, trailers, newsreels, adverts, and industrial and training films. It also holds a collection of screenplays, stills, and posters. The majority of the materials are accessible on prior request.

The key concern of the Slovene Film Archives is material security, and its activities are focused primarily on the copying of nitrate and acetate films. Archival material is accessible to all users both from Slovenia and from abroad and can be used for study, scientific and research activity, cultural and educational goals and commercial purposes. Rental policy is in accordance with current archival law. Selection and viewing is made on the editing table. When a person or an institution wants to rent a film and screen it or record it on tape, magnetic or optical track, they must sign a contract stipulating the nature of usage. According to the law of authors' rights and neighbouring rights, users have to consider the moral and subsequent rights of the archival film's material bearers. Users are obliged to pay subsequent rights.

In 1968, when the Association of the Archives of the Republic of Slovenia founded the Film Department within the ARS, the Slovene Film Archives was given responsibility for storing the national film heritage. The 1997 Law of Film Material and Archives states that edited original picture negatives and sound negatives of films and a copy of each film produced by Slovene producers or produced in co-production between Slovene and foreign producers in Slovenia, are counted as archival film material. According to this law, producers must transfer archival film material to the ARS immediately upon completion of the film. The contract for the transfer of the film material signed between the producer and the Ministry of Culture recognises the expense of producing film copies for archival use. In the period from its founding to the end of 2006, the SFA acquired over 7,000 film titles or 26,000 film reels dating from 1905 to 2006. It categorised over 50 film makers, who transferred part or all of their film material to the Slovene Film Archive. A further and constant aim of the SFA is to compile a list of amateur film makers in Slovenia and other filming institutions and companies, as well as to acquire their productions.

In addition to acquiring film material, the SFA also keeps written material of film makers which explains the shooting processes and the contents of films, i.e., screenplays, shooting scripts, posters, leaflets, stills and records concerning the activities of film companies. The SFA also has a collection of 335,000 photos and a collection of 1,200 videotapes.

The Slovene Film Archives also deals with the description of Slovene films in archives abroad. Some films about Slovenia are kept in the Croatian Cinemateque in Zagreb, the Yugoslav Cinemateque in Belgrade, the Filmarchiv Austria in Vienna, the German Film Archive (Bundesarchive-Filmarchiv) in Berlin, the Luce Institute in Rome, and the War Film Archives of France at Bois d'Arcy. It is presumed that some films of Slovene interest are kept in Hungary, in France (from the earliest period), in Russia (from the period of World War II), and perhaps also in Great Britain and the USA.

The Slovene Film Archives keeps its films in its vaults in the Virant Palace in Ljubljana (Zvezdarska Street), and in the underground storehouse in Gotenica. All repositories are air-conditioned and meet the requirements of FIAF. The SFA has a computerised record-keeping system and professionally processes archival film material. Archival material must be used according to the Archives and Archival Institutions Act (Official Gazette of the Republic of Slovenia, No 30/2006), the Rules on Conditions for the Use of the Archival Material in the ARS, and special demands of individual proprietors.

The Slovene Film Archives and the Slovenian Cinematheque were the joint organisers of the 61st international FIAF congress in Ljubljana (5–16 June 2005), the theme of which was ethnological film. The celebration of the 100th anniversary of Slovene film coincided with the congress.

A still photograph from a full-length feature film On Their Own Land (1948), Viba film

A still photograph from the full-length feature film Don’t Wait Till May (1957), Viba Film

A still photograph from the full-length feature film Happiness on a Lead (1977), Viba Film

Air-conditioned storage facilities specially designed for storing film footage at the Archives of the Republic of Slovenia
Retrieved from "https://www.culture.si/w/index.php?title=Slovene_Film_Archives&oldid=214873"
Categories:
Hidden categories: