Archives of the Republic of Slovenia 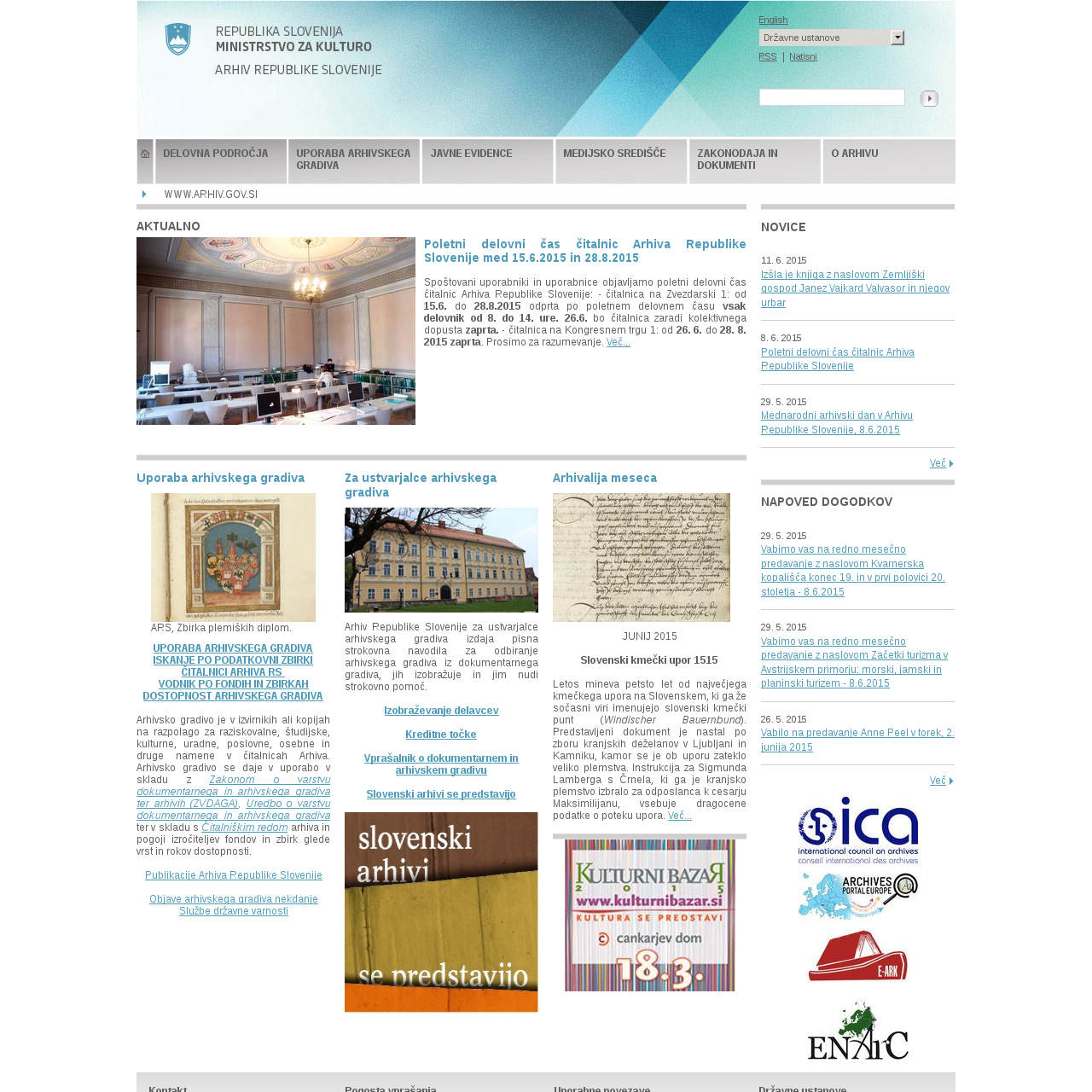 The online database of the Archives of the Republic of Slovenia was formed in order to facilitate the access and overview of the archival holdings. While the records were first available for use only in ARS research rooms, a working pre-release access to the new database was released in 2009, with user-friendly access to information about the archives' holdings in Slovenian, English, German, and Italian languages.

The ARS website database includes catalogues and data on archival collections and is accessible via interface for review, search and links. Of special importance are data on the film collection of the Slovene Film Archives, partly translated into English. Since 2004, users have been granted access to digitised maps of the Franciscan cadastre (around 27,700 colour maps for 2,406 cadastre communities dating from the 19th century). The ARS is currently working on compiling more catalogues and digitising the most frequently-used collections.

The new database will eventually replace the old database. Access to the old database is currently still possible, although many of the holdings, including cadastres and film collection have already been digitised. 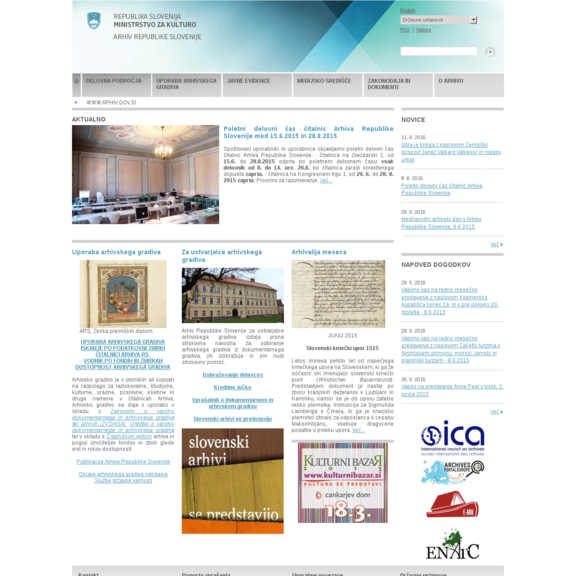