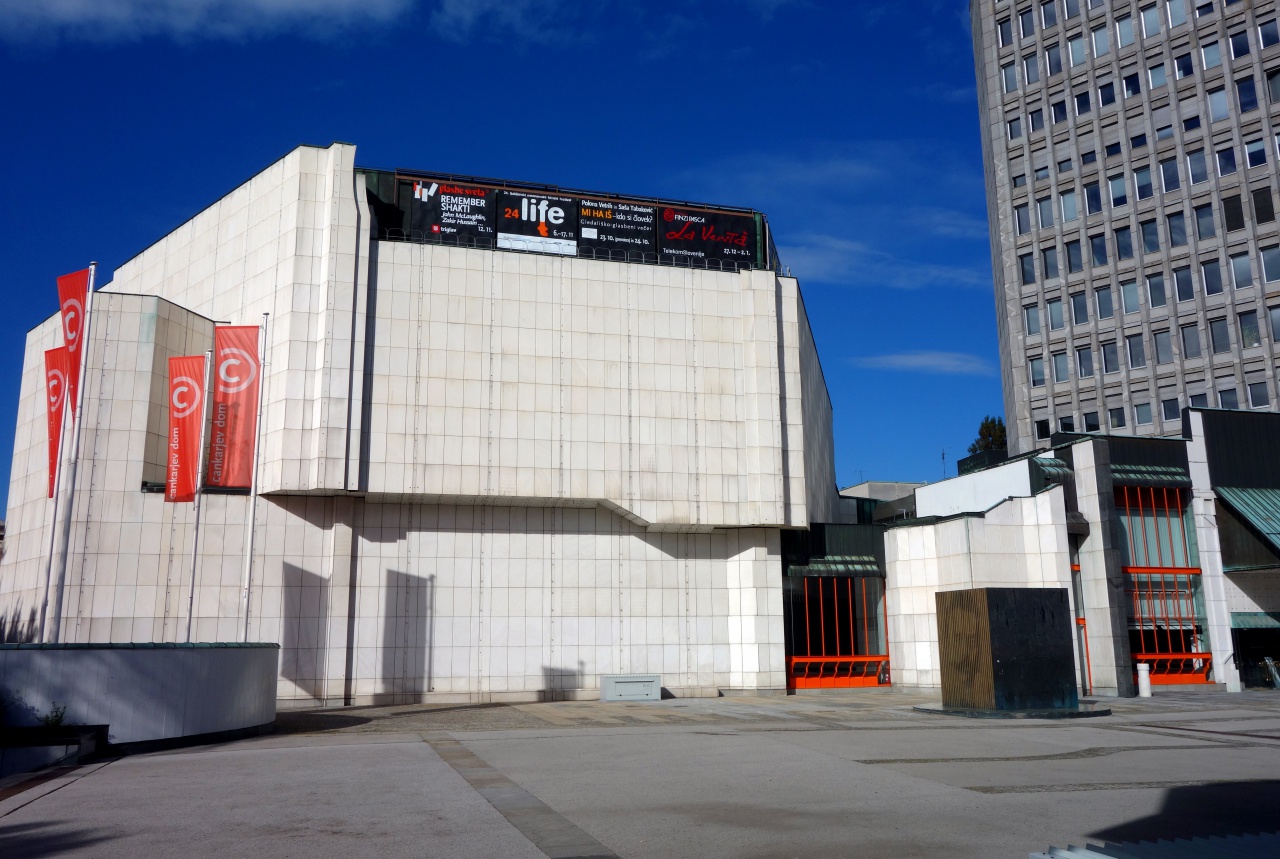 The Ljubljana International Film Festival (LIFFe) was launched in 1990 as the Film Art Festival Ljubljana. The festival is organised by the Film Department of the Cankarjev dom Cultural and Congress Centre, but films are also screened at Slovenian Cinematheque, Kinodvor Cinema, Komuna Cinema, Bežigrad Cinema, Maribox, Metropol Cinema Celje and APT Novo mesto. It can be classified as a specialised competitive festival that not only features an overview of contemporary world film production but also focuses on emerging directors and new trends in contemporary cinema. 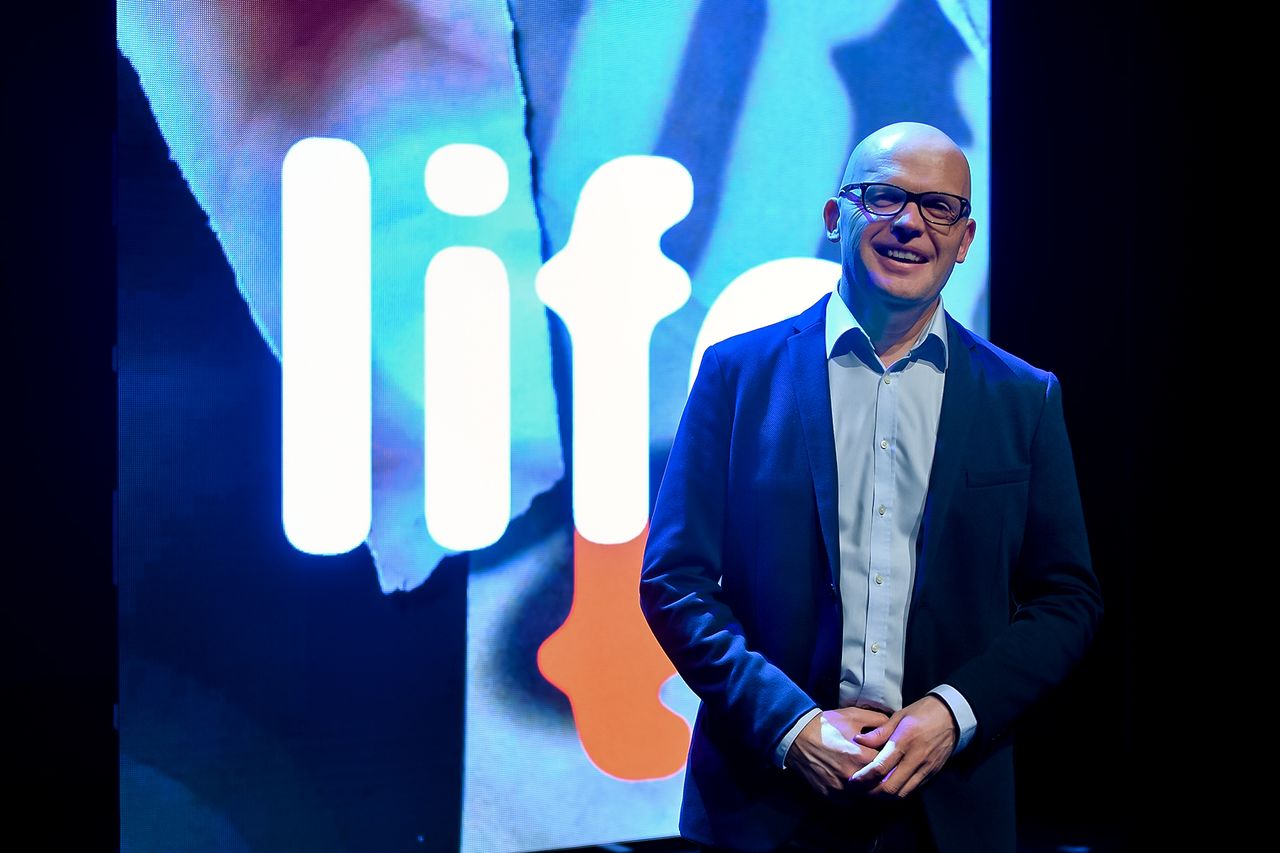 For many years, the programme director of the festival was Jelka Stergel, but Simon Popek has successfully succeeded her, bringing a clearer cinephile touch to the festival in the last few years. Although the festival's selection is now maybe less commercial than before, the festival audience is still growing. With close to 50,000 tickets sold, the LIFFe is the biggest event in Cankarjev dom's yearly programme and also one of the biggest cultural events in Slovenia. Another reason for the growing interest is the inclusion of international guests (directors, actors, producers, etc.) who visit the festival each year. In the past years, some well-known directors and actors have visited LIFFe, including Hal Hartley, Eric Zonca, Aleksei German, Jr., James Benning, Burghart Klaußner, Vlad Ivanov, Abel Ferrara and others. 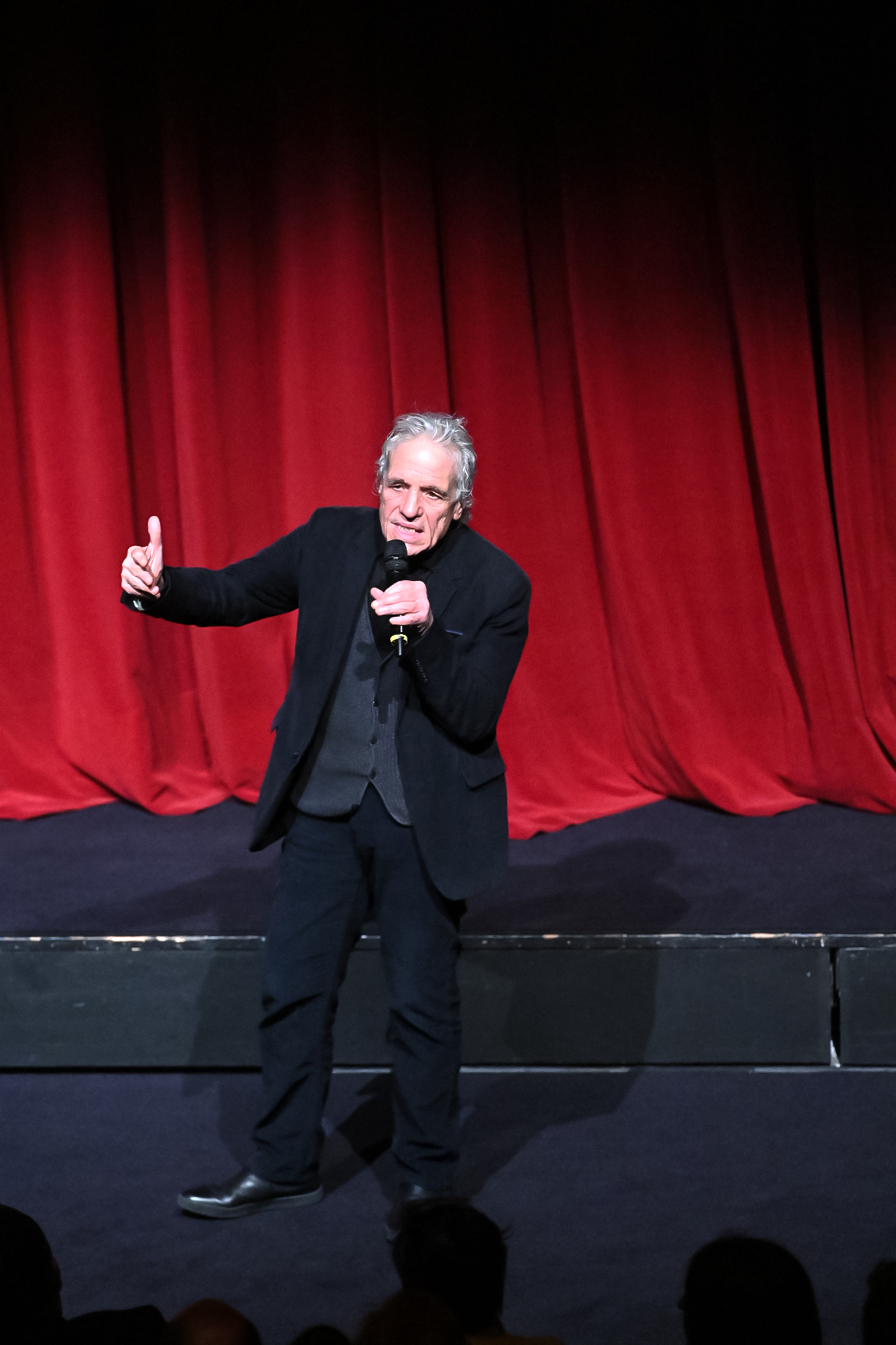 Abel Ferrara was a guest of the 30th edition of the Ljubljana International Film Festival (LIFFe), 2019.

Ljubljana International Film Festival (LIFFe) focuses on young filmmakers in its main competitive section – Perspectives. The section offers a thoughtful selection of first and second feature films from emerging young directors who have had their international première at important film festivals around the world. The best film, selected by a three-member international jury, is bestowed with the Kingfisher Award (introduced in 1996). The second competitive section is named World in Short and screens short films by young filmmakers.

Other sections of the LIFFe programme: the Avant-premières section – which includes major international productions from established directors that will be screened later in the commercial distribution; the King and Queens section – bringing a variety of works by renowned and awarded masters of contemporary cinema; the World Film Panorama – meant for festival favourites from all over the world; the Extravaganza section – bringing the so-called "midnight cinema" to fans of daring, bizarre and titillating contents of diverse genres; the Focus section – offering an insight into one (or more) of the hottest national cinematographies; the Retrospective section – offering an overall presentation of the work by an important contemporary filmmaker; the Tribute section – bringing a short, condensed presentation of an author. The Kinobalon section is dedicated to the youngest audience as it offers a selection of films for children aged 7 to 14, carefully selected with the help of the Kinodvor Cinema staff.

At LIFFe, the International Federation of Film Critics (FIPRESCI) also has its own three-member jury and it selects the best film from all the works in the programme. Their award is called the FIPRESCI Award and with it, they usually promote a fresh and innovative approach mostly (but not exclusively) among young or unknown filmmakers. The audience award is called the Dragon Award (first introduced in 2000 as the Golden Reel Award) and can be bestowed to any film on the programme; the winning film is later also commercially distributed in Slovenian cinemas. Between 2005 and 2007, LIFFe also presented the Amnesty International Award (granted by Amnesty International Slovenia) but the award was moved to the International Documentary Film Festival. 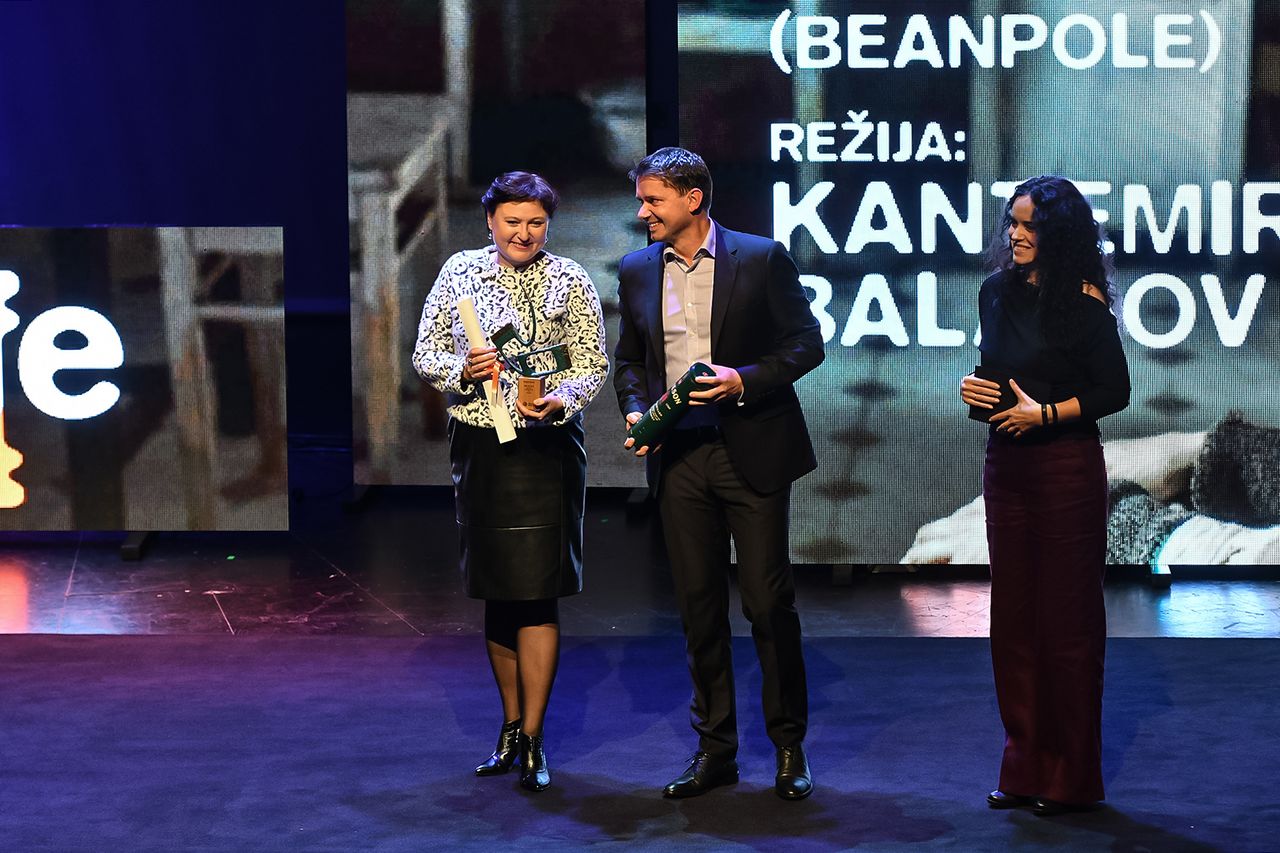 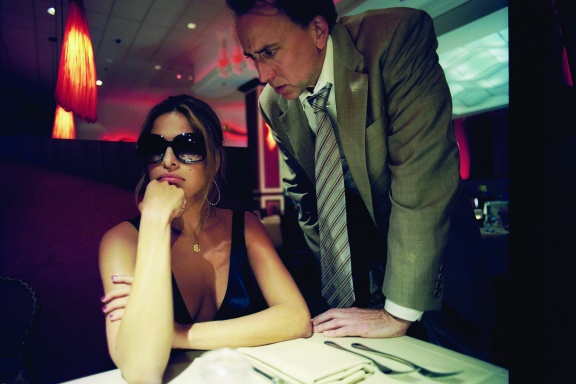 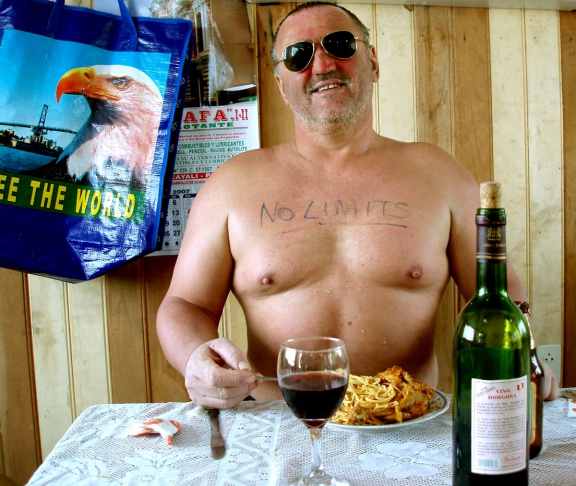 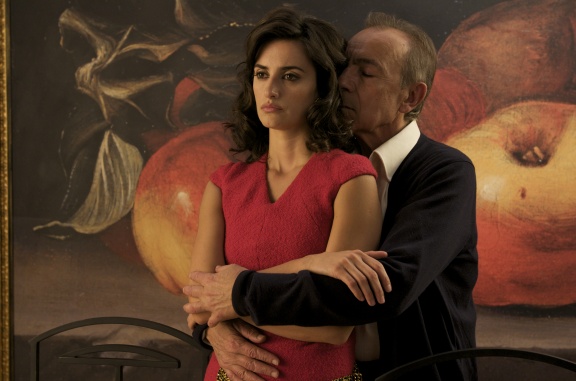 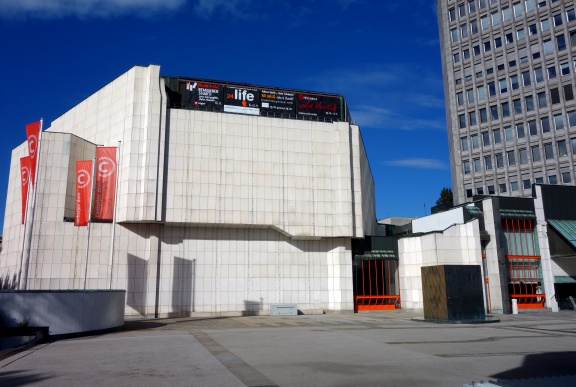 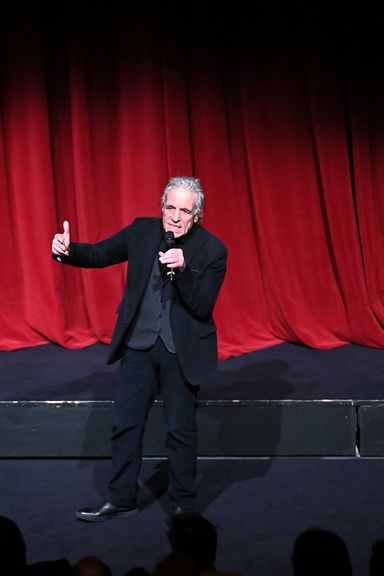 Abel Ferrara was a guest of the 30th edition of the Ljubljana International Film Festival (LIFFe), 2019. 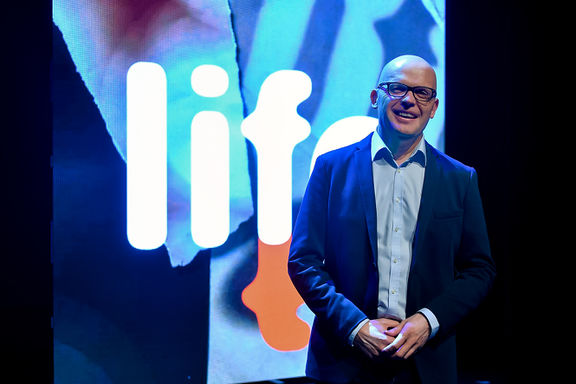 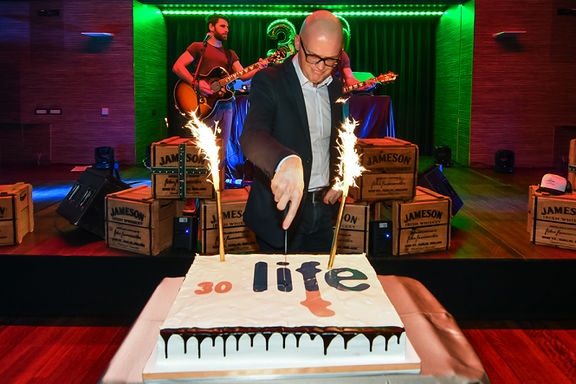 Simon Popek, a programme director of the Ljubljana International Film Festival (LIFFe), celebrating the the 30th edition of the festival. Cankarjev dom Club, 2019. 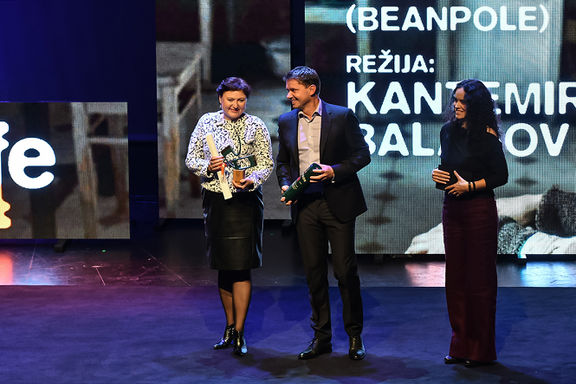 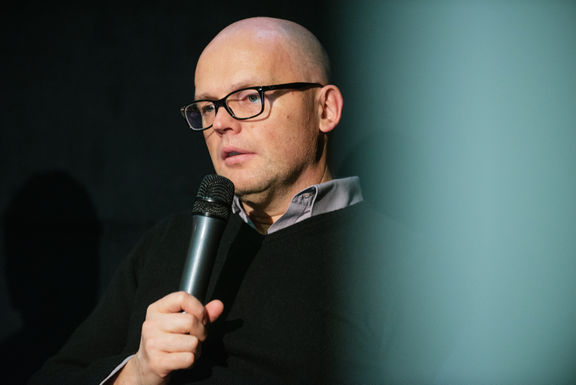 Cankarjev dom, Cultural and Congress Centre with a monument to Ivan Cankar (by Slavko Tihec) on the main platform, 2013. +
TeaserImg