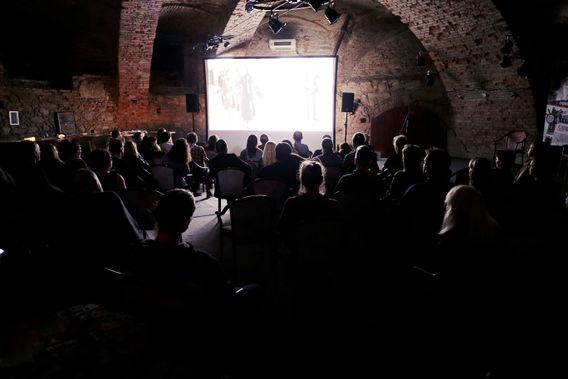 DOKUDOC International Documentary Film Festival is a mostly Slovenian documentary focused festival, established in 2012. The main venue is the so called Judgement Tower, an old tower from 14th century, located in the city centre, just along the Drava river. Other occasional venues are the Gustaf Hall, Pekarna, Vetrinjski dvor, and (the now defunct) Kino Udarnik Maribor. The call for eligible films is usually open from May till August.

The DOKUDOC festival was initially set up as a showcase of contemporary Slovene documentary film, first organised in 2012 under the auspices of the Maribor, European Capital of Culture 2012 programme. In 2014 it changed name and broadened its focus, becoming the DOKUDOC International Documentary Film Festival. The festival is organised by Mitra, an assocation for development of audiovisual culture and intercultural dialogue.

It has collaborated with several international documentary festivals from the region, such as the International Documentary Film Festival Jihlava (CZ), MakeDox (MK) and Beldocs (SRB).