Silvo Karo, Director of the festival

Dedicated to exploring and presenting various facets of mountain culture, the Mountain Film Festival got established in 2007. Since than it has been running a strong international programme that encompasses various films about mountain sports (mountaineering, mountain running, B.A.S.E jumping, etc), different types of climbing (from bouldering to ice climbing), mountain wildlife, the life of indigenous mountain dwellers, and so on. Since the beginning the festival has been led by its founder, the legendary mountaineer Silvo Karo. 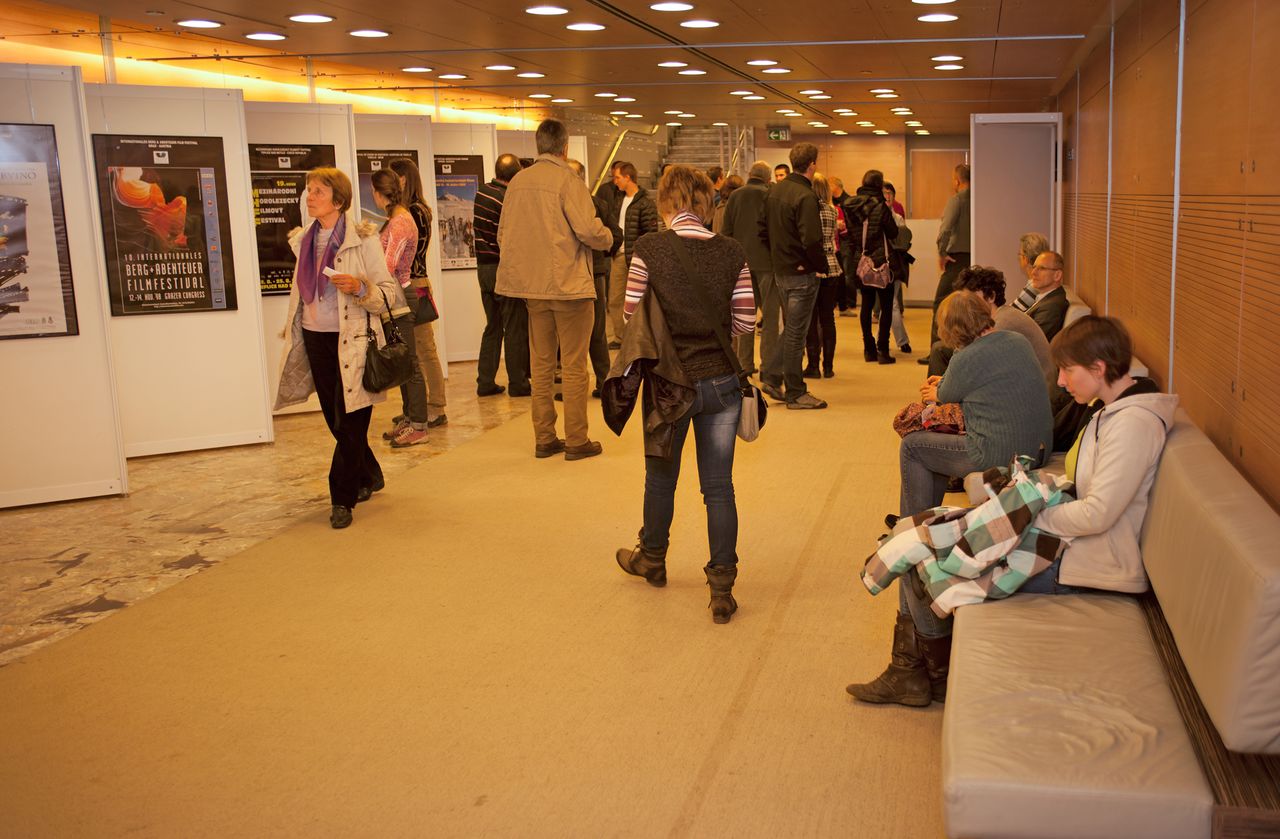 An exhibition of posters for festivals which form the International Alliance for Mountain Film, 2014

The festival is produced by Društvo za gorsko kulturo (Society for Mountain Culture) and co-produced by Cankarjev dom, where most of the festival's events occur. However, screenings tend to take place all over Slovenia, with some of the venues being the Franc Bernik Culture House, Domžale, the Nova Gorica Arts Centre, the Art kino Metropol Celje and the Slovenian Alpine Museum. 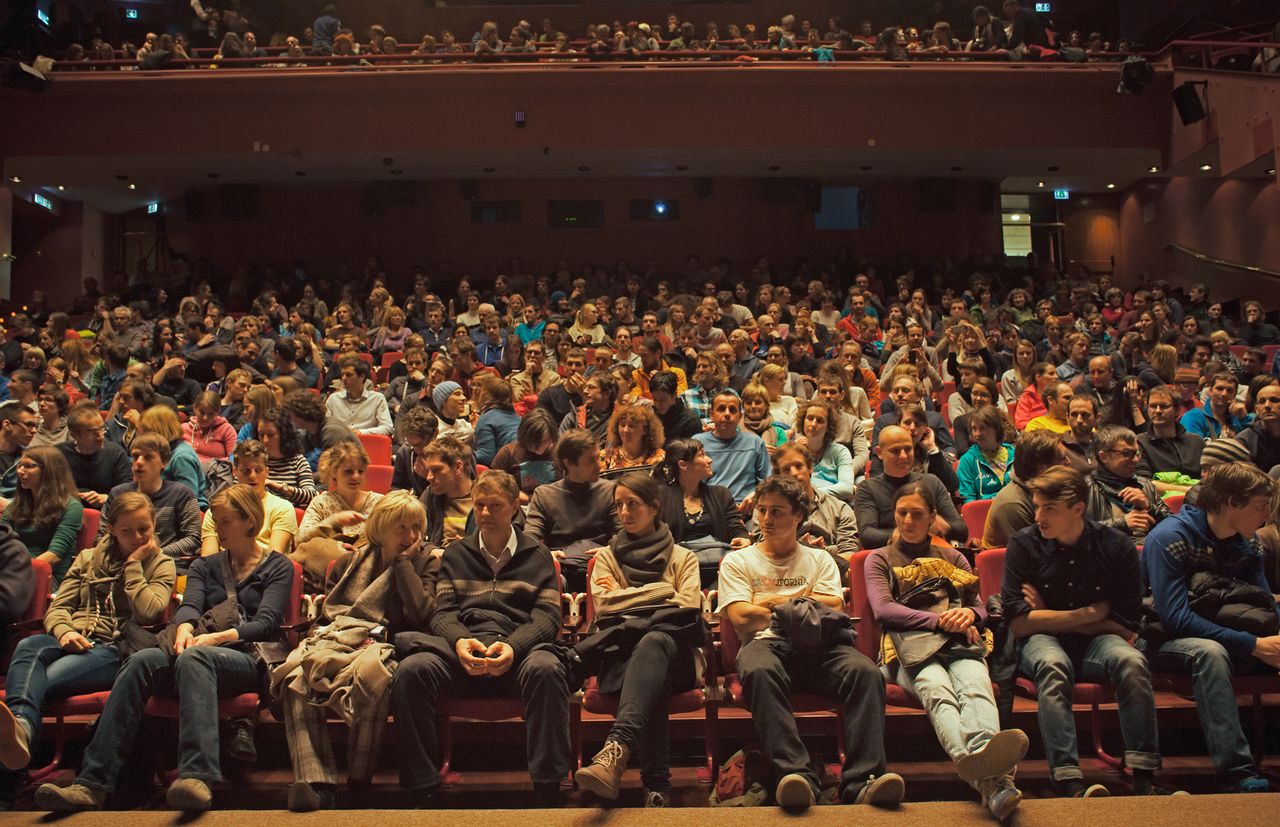 The gathered audience for a lecture by the legendary female climber Lynn Hill, taking place at Cankarjev dom, 2015

The festival's film programme has 5 main categories: Mountaineering; Climbing; Mountains, sports and adventure; Mountain nature and culture; and (sometimes) Retrospective. In each of these categories (excluding retrospective) the best film is chosen and awarded by the international jury, which also awards the best short film prize. There are also awards given by the Mountaineering Association of Slovenia and RTV Slovenia), as well as the "Viewer's Choice" award, selected by the audience.

The festival does not limit itself to films only, but also hosts lectures (featuring prominent guests from the international climbing community like Dean Potter, Adam Ondra, Lynn Hill, Chris Bonington, Kurt Diemberger and many others), exhibitions, round tables, book presentations and a children's programme. As such it is striving to enrich the way mountaineering culture is perceived and represented. 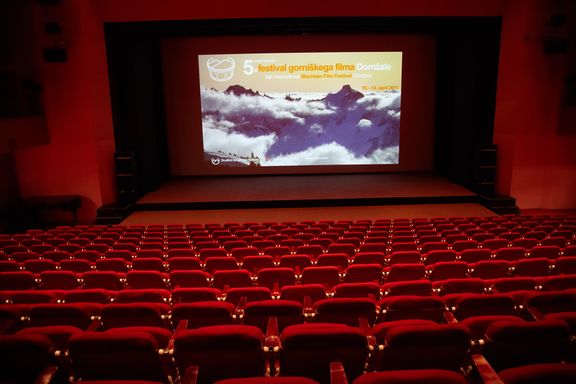 The Linhart hall at Cankarjev dom is the main Mountain Film Festival venue, 2011 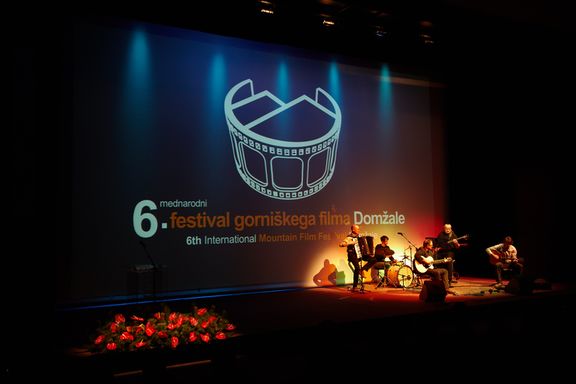 A concert during the festival's opening ceremony, 2012 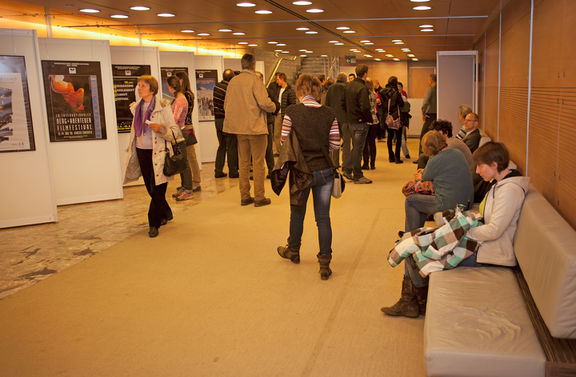 An exhibition of posters for festivals which form the International Alliance for Mountain Film, 2014 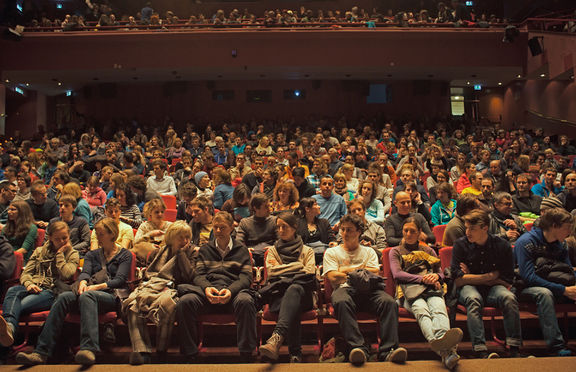 The gathered audience for a lecture by the legendary female climber Lynn Hill, taking place at Cankarjev dom, 2015 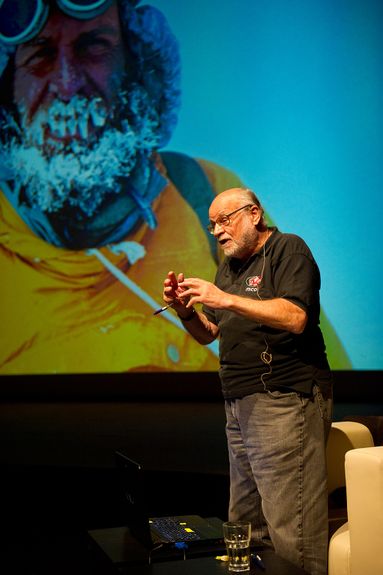 Kurt Diemberger, an Austrian mountaineer and author of several books. The only living person who has made the first ascents on two mountains over 8,000 metres. His lecture took place at Cankarjev dom, 2016.