Born in the village of Divača, Ita Rina (1907–1979) was the first Slovene actress to achieve international star status – her heyday was in the late 1920s when she starred in the film Erotikon (1929) by Czech director Gustav Machaty, which enjoyed major box-office success both in Europe and in the USA. 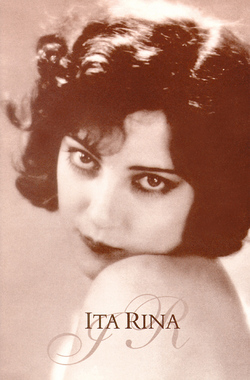 The young Slovene actress Ita Rina first lived in Berlin, at that time the centre of the European film industry. Her debut was in the role of a chambermaid in Was die Kinder ihren Eltern verschweigen. After Erotikon she performed in the first Czech sound film Gallows Toni in 1930. She declined an invitation from Hollywood and instead got married, changed her name to Tamara Djordjević, and moved to Belgrade. After World War II she starred in in several Yugoslav theatre productions and the Yugoslav film production War (1960), however she never managed to regain her earlier fame. In 1979 Ita Rina died in Budva, and was buried in Belgrade.