KIBLIX Festival of Arts and Technology

KIBLIX Festival of Arts and Technology has been run by KIBLA Multimedia Centre since 2002, first as the KIBLIX Linux IT Festival, then as simply a KIBLIX Festival. It has developed from the contemporary art and education-related festival tackling the issues of information technology, open code, and open society, to the festival dedicated to contemporary issues, such as ecology. 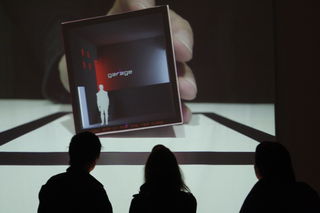 In collaboration with the Linux Users Group of Slovenia Association (LUGOS, established in 1997), KIBLA Multimedia Centre has started the international open code KIBLIX Linux IT Festival, which was developed out of the so-called Linux Install Fest (LIFe), established as early as 1999.

In the 2010 edition KIBLA Multimedia Centre joined forces with another two Slovene festivals dedicated to art and technology – the HAIP Festival and the International Festival of Computer Arts (IFCA).

The 9th edition of the KIBLIX Festival, conceived by Miha Horvat, was dedicated to low technology, ecology, open code and waste, called the Waste – Technology Minus.