In the immediate vicinity of the west Slovenian border city of Nova Gorica, lies the 143-metre-high hill Kostanjevica, with at least 3 outstanding cultural and spiritual experiences: with its Church of Mary's Annunciation and Franciscan Monastery, Kostanjevica is a place of ecclesiastical art and a centre of spirituality; with its Tombs of the Bourbons it is a historical centre; and with its Monastery Library it is a cultural centre. Every year in May and June, the festival Music from the Gardens of St. Francis takes place in the monastery.

There are many legends about the foundation of the church with the monastery, one of them says that Count Mathias Thurn built it in 1623 in gratitude to the Pope, who allowed him to marry his cousin. The first caretakers of the church were the Carmelites. In 1811, the whole complex was entrusted to the Franciscans who have managed it to this day. The church was destroyed during World War I, but rebuilt in the 1920s. In 1985, the entire complex was declared a cultural and historical monument.

The monastery is best known for its Bourbon Tombs, located in the church crypt where the last members of the French royal family Bourbon are buried, among them Charles X (1757–1836), the last French king of this dynasty, the king of France and Navarre between 1824 and 1830, otherwise the penultimate French king.

The nobles were exiled from France in the revolution of 1830 and came to Kostanjevica as the guests of Count Coronini. They were buried here and for this reason, Kostanjevica is known as the "Little St. Denis" – after the Basilica of St. Denis in Paris, the burial place of French Kings.

There are six sarcophagi in the church crypt. In addition to Charles X, several other members of the Bourbon family found their final resting place here (cf. the list online). The last entombment took place in 19886 (Marie Thérèse Beatrice Gaetana, Archduchess of Austria-Este (1817–1886)).

The Monastery Library was named in honour of Stanislav Škrabec (1844–1918), a Slovenian linguist and grammarian, who lived in Kostanjevica for 42 years. The Library has more than 10,000 books and valuable prints from the 15th century onwards; among them also the grammar book of Adam Bohorič (1520–1592) Arcticae horulae succisivae (Free Winter Hours) from 1584 with the author's autographed inscription. The Library also includes 30 incunabula, the oldest from 1476. Because of its value, the Library has been protected since 1952 as a cultural monument.

A collection of Bourbon roses

In the former garden of the Monastery, there is a collection of Bourbon roses. Bourbon roses are very special roses from the 19th century which represent an important step in the development from old to modern roses. Today, they have become almost extinct, but in Nova Gorica, which is also called the city of roses, the last preserved representatives were given a special place and became the second largest public collection of the original Bourbon roses in Europe: the larger one is only the Roseraie de l'Haÿ near Paris. In May and June, there are thousands of them in bloom. In 2004, the collection was opened for the public and it plays a significant role in the annual Festival of the Roses. 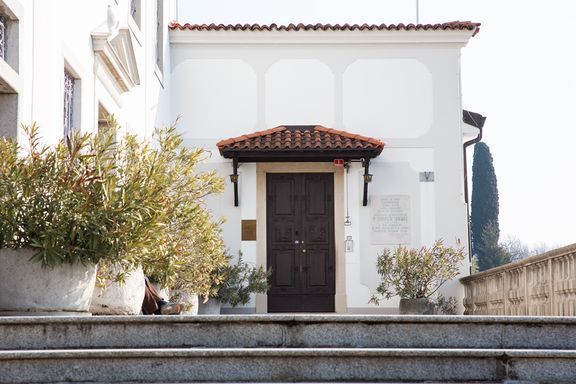 The entrance of the Franciscan Monastery Kostanjevica in Nova Gorica. 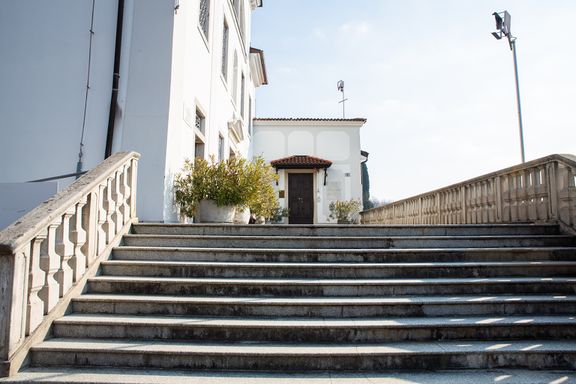 The pious steps of the Franciscan Monastery Kostanjevica in Nova Gorica. 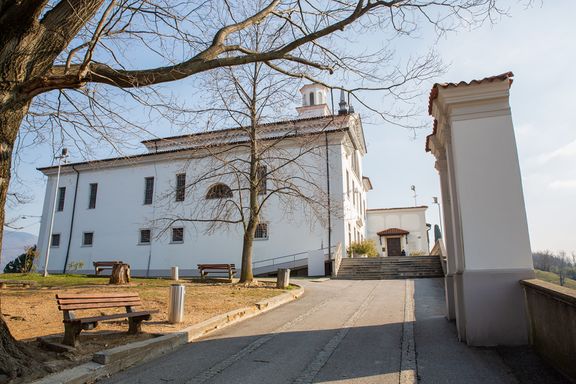 The Franciscan Monastery in Nova Gorica, with at least 3 outstanding cultural and spiritual experiences. 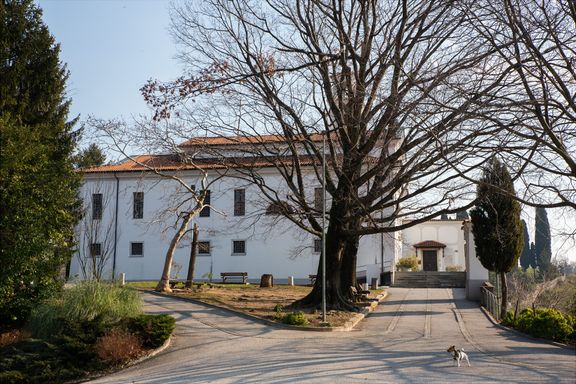