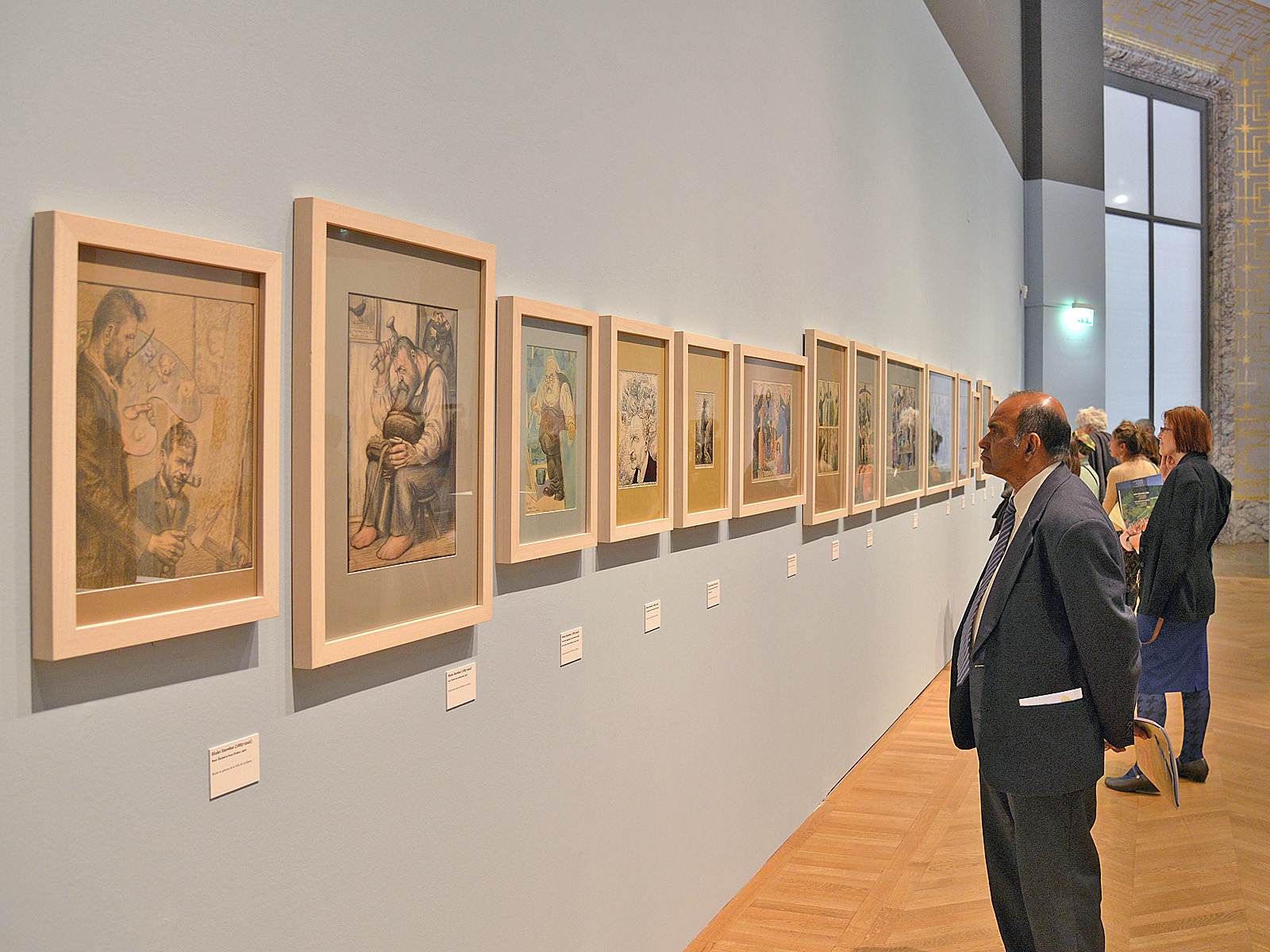 During preparations for the recent exhibition Slovenian Impressionists and their Time 1890-1920 in Paris, the works by Hinko Smrekar received the attention of Sylvain Lecombre, head curator of the Petit Palais. Consequently, quite a large number of drawings by our sharp-witted illustrator and caricaturist were selected for the exhibition.

The Slovene curator Barbara Jaki, director of the National Gallery of Slovenia, noted that positive feedback in Paris came not only because of Smrekar’s brilliant drawing technique but surprisingly also because of a good understanding of his critical viewpoint. Obviously Smrekar mastered the visual language that works beyond limitations of national language and historical context. In the years to come the National Gallery is planning a comprehensive retrospective of Smrekar’s works.

On the occasion of the artist’s 130th birth anniversary, which happens to be the closing day of the Paris exhibition, Culture.si is pleased to publish Jani Pirnat’s blog post about Hinko Smrekar and his work.

Surveilled till his bitter end…

Still regarded as one of the best and most sincere Slovene caricaturists, Hinko Smrekar (13 July 1883, Ljubljana – 1 October 1942, Ljubljana) was one of the first Slovene comic artists, as well as a book illustrator and a contemporary and caricature chronicler of Slovene writers, poets, artists, and other public personalities living in the turbulent times at the beginning of the 20th century and during both Great Wars. 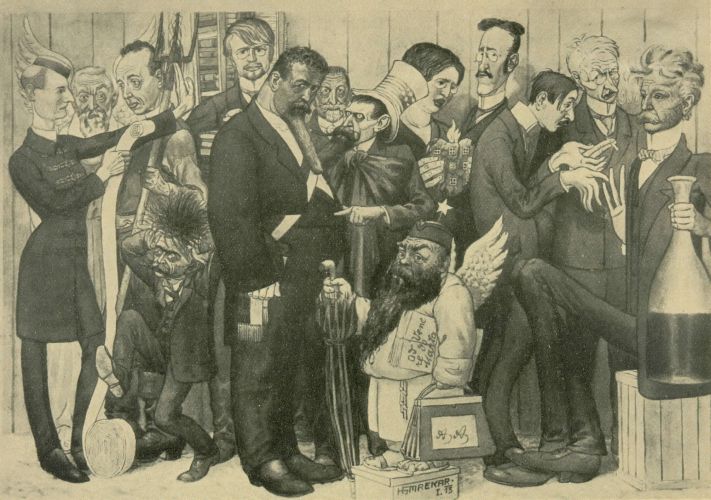 Smrekar was a pacifist, relentlessly criticising violence, social inequalities, double standards, general ignorance, superstition, decadence, and exploitation. He also didn’t lack self-criticism. His cruellest jokes were undoubtedly on his contemporaries with whom he was in close contact as well as his close friends from the Slovene art scene. He often staged himself in caricatures as an offended sad clown beautifully contemplating the misunderstandings and prejudices that the Slovene society had towards culture and vice versa. 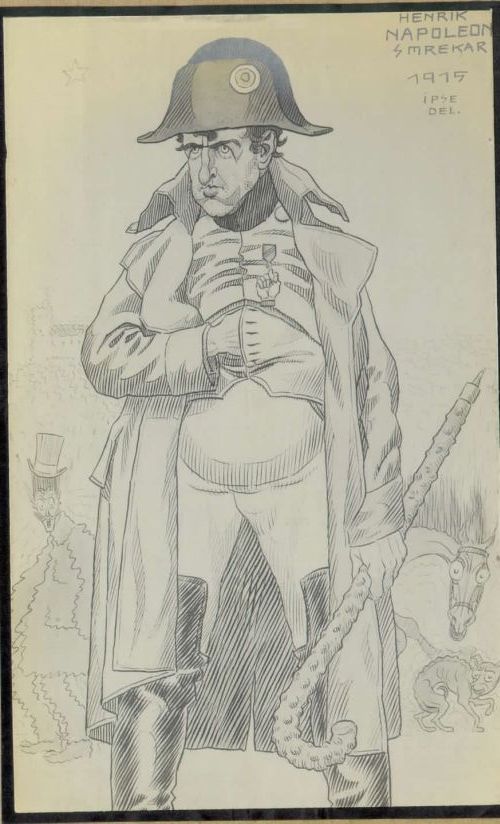 As a young member of the Vienna-based Vesna group in his early career he received artistic and stylistic influences of the Secessionist movement’s linear style of caricatures, together with his Slovene contemporaries Gvidon Birolla and Maksim Gaspari. He got an opportunity to draw for the satiric newspaper Osa [The Wasp], leaning on the caricatures from satiric newspapers as Der wahre Jacob from Stuttgart or Simplicimus from Munich or the Viennese editions of Muskette, Der liebe Augustin, Die Fackel,… Later on he developed his own style which was closer to narrative illustration full of personifications and satiric allegories. 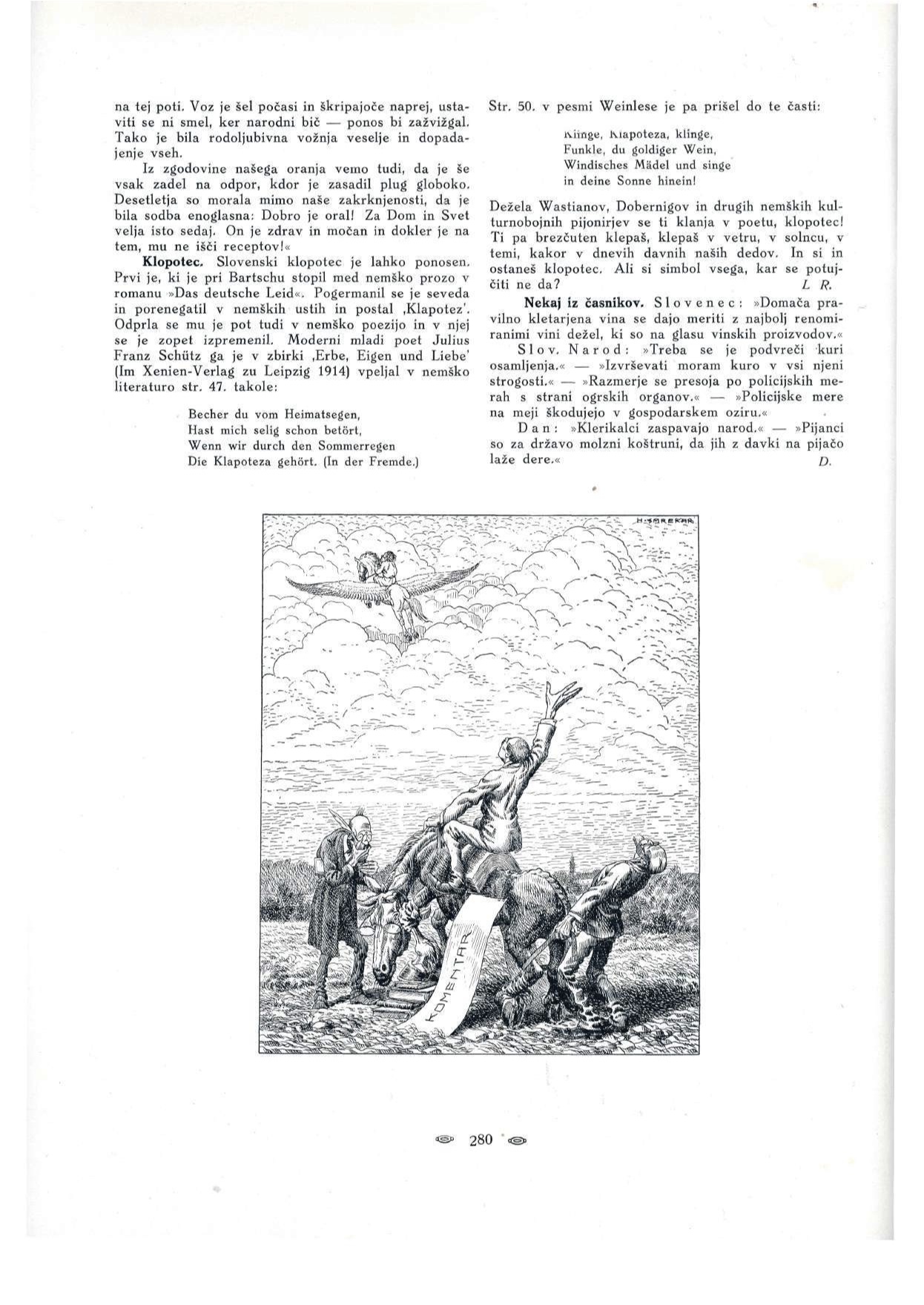 As a witness to all kinds of political crises, he didn’t hesitate to publicly express his views in his chosen medium, as long there was a publisher willing to publish his works or a gallery to present him. Throughout his life, Smrekar had had troubles with the authorities: from primary school and his brief study of law in Innsbruck to disobedience in the army during World War I and a stay in a concentration camp for political dissidents in Judenburg. He was under nearly constant police surveillance till his bitter end. The visionary prediction which he depicted in his satiric cycle named Mirror of the World from 1933 had eventually come true: war, violence, and death. On 1 October 1942 he was abducted by Italian Fascists and then tortured and executed in Gramozna jama (Ljubljana). Almost immediately following his abduction his works were stolen from his house in the Ljubljana neighbourhood of Šiška and vanished. Ironically, the best compliment a caricaturist can get for his work, since he was living most of the time from hand-to-mouth surviving from occasional commissions. 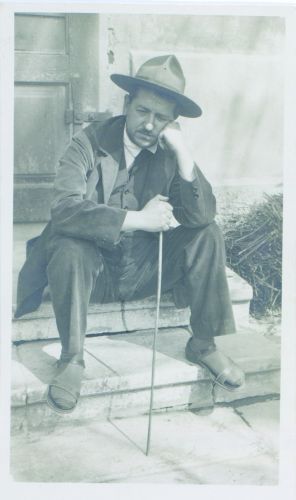 From time to time parts of his unpublished stolen opus emerge on the art market and quickly disappear. Many of the lost caricatures that we know existed were documented by photographer and collector Fran Vesel who was closely following almost every Slovene significant personality during the interwar period. The most important collection of Hinko Smrekar’s works is housed in the National Gallery of Slovenia. The Hinko Smrekar Award has been given every year since 1993 for achievements in Slovene book illustration.

As an author Hinko Smrekar is worthy of a closer academic review and extensive research since the only monograph about him was made by Karel Dobida in 1957. In correlation to contemporary politics, some of his caricatures could even be printed in today’s newspaper without losing their edge or timeliness. 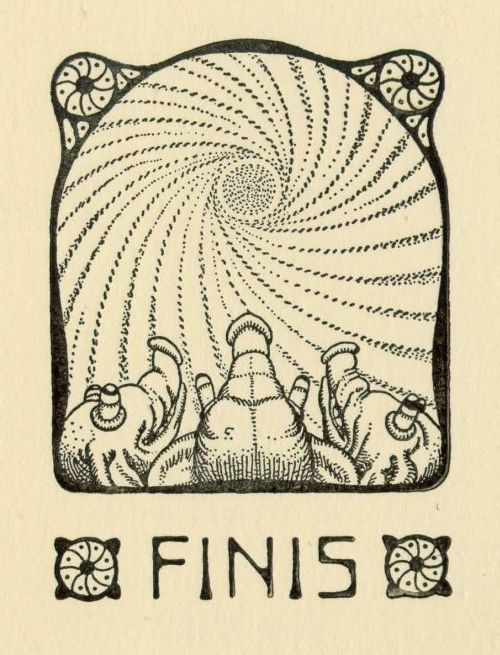