Slovene Impressionists and their Time 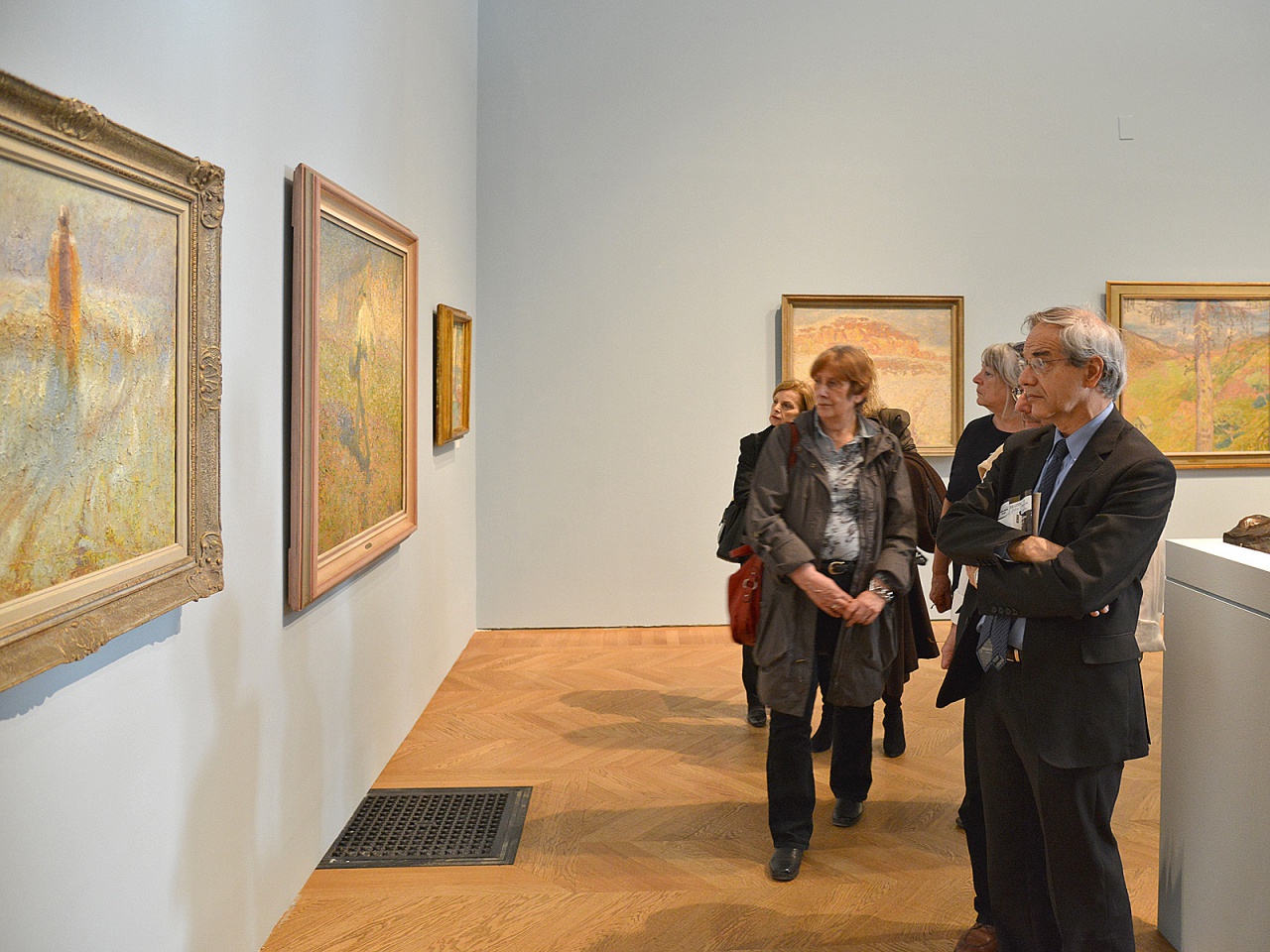 The four Slovene Impressionist painters – Ivan Grohar, Rihard Jakopič, Matija Jama, and Matej Sternen – connected in Munich in the late 1890s. The impact of the Munich academy, the Secession movement and a well-known private painting school by the Slovene Anton Ažbe were formative for their creation.

The nearly one-hundred-year-old vivid debate regarding modernism in Slovene fine arts has brought much mythologisation as well as many controversies about the sources and repercussions of its representatives. The interpretation of Impressionism or "naturlyricism", Post-Impressionism or Symbolism goes hand in hand with the analysis of the social and cultural-political context. Namely, that this group of artists which communicated across many art disciplines had a significant impact on the development of Slovene art as well as the establishment of the local art scene and its institutions (Jakopič set up the first exhibition space in 1909).

Let us mention just one example of such cross-impacts: Ivan Grohar's Sower (1907) is linked to Giovanni Segantini's painting and based on Avgust Berthold's photo of the sower. It acquired the status of a national icon quite soon and now remains imprinted in the collective visual memory also as the sower of stars on the 5-cent euro coin. In 1987, the painters' collective Irwin of the Neue Slowenische Kunst used the sower as the dominant motif in the project Slovenske Atene (Slovenian Athens), which also resulted in the international exhibition at the Museum of Modern Art in Ljubljana in 1991.

Slovene Impressionists in the international arena

The first international presentation of the four impressionists (at the time members of the "Sava" group) took place in 1904 at the art salon Miethke in Vienna, the following one in Trieste in 1909. The Sava group exhibited also in Paris – during the Paris Peace Convention in 1919 in the scope of the Yugoslav art exhibition.

Below you can find a list of public and private collections, archives and other articles that relate to the Slovene Impressionists on the Culture.si portal.

Articles in category "Slovene Impressionists and their Time"

The following 29 pages are in this category, out of 29 total.

Media in category "Slovene Impressionists and their Time"

The following 21 files are in this category, out of 21 total.