Four years after establishing Hest Gallery in Maribor, Emil Šarkanj opened a new gallery space in Ljubljana in 1993. The programme here is much the same as in Maribor and the artists featured are basically Slovenian artists.

The collection covers a wide range of works from the established artists of older generations to the younger ones. Since the very beginnings, various Slovenian classics (impressionists, expressionists ...) and the middle generation of artists who have left a visible trace on the Slovenian art scene are available at the gallery. From 2002 to 2011, the gallery expanded its offer with the opening of the Hest 35 Gallery, which represented the young generation of Slovenian artists.

The gallery typically presents four to five solo exhibitions a year, usually including a mix of generations and styles, sometimes presenting them in pairs. Among the names presented in Ljubljana, we find younger generation Slovenian artists such as the internationally acclaimed Uršula Berlot and her works researching spatial phantasms, Ptujska Gora-based Dušan Fišer, as well as exhibitions of Jože Šubic, Mateja Kavčič, and Tanja Špenko. It is also common for the Ljubljana gallery to present an exhibition by an artist, which is then featured shortly after in its Maribor filial (or vice versa), as in the case of exhibitions by Jože Tisnikar .

The Hest Gallery in Ljubljana has also featured older artists, such as the themed group exhibition The Russian Avant-garde in 2007. In 2016, the gallery prepared an exhibition dedicated to France Slane for the artist's 90th anniversary. Slane is the Slovenian painter with the biggest opus.

The Hest Gallery has developed a reputation as the go-to gallery for sales of a wide range of carefully selected Slovenian artists.

In both Maribor and Ljubljana, the Hest Gallery offers a very bright palette of the work of more than 100 artists including some artworks of established deceased Slovenian authors such as drawings of impressionist Rihard Jakopič; drawings of Avgust Černigoj (the key figure of Constructivism and the Slovenian historic avant-garde); oils on canvas and aquarelles of Jože Tisnikar; oil paintings of France Kralj; drawings and graphics of Božidar Jakac, and many others. 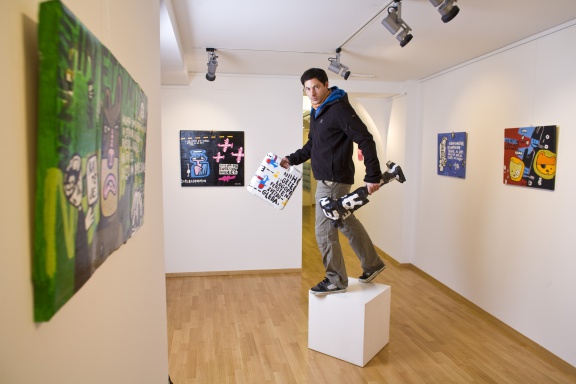