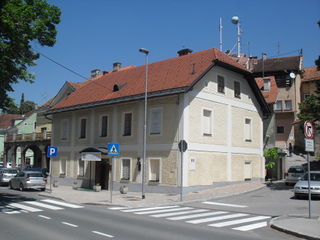 Managed by Bela krajina Museum, Metlika the Kambič Gallery in Metlika is housed in the birth house of the collector Vinko Kambič (1920–2001). He and his wife, opera singer Vilma Bukovec Kambič were good connoisseurs of Slovene painters and collected the works by the impressionists as well as by Gojmir Anton Kos, Stane Kregar, France Pavlovec, Lojze Perko and Marjan Pogačnik. During the last years they especially purchased paintings by Zoran Mušič and Janez Bernik.

On the ground floor of the house there is a room for temporary exhibitions of works by recognised and lesser known artists.

Vinko Kambič was a doctor, a specialist otolaryngologist, a Professor Meritorious and Dean of the Medical Faculty of Ljubljana, and a long-time head of the Clinic for Otolaryngology and Cervicofacial Surgery of Ljubljana. He received all the highest national accolades for his achievements in scientific research. He donated his house to the Municipality of Metlika and the collection to the Bela krajina Museum. Spouses have their memorial room in the attic of the house. 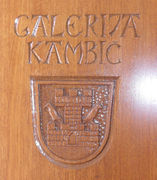