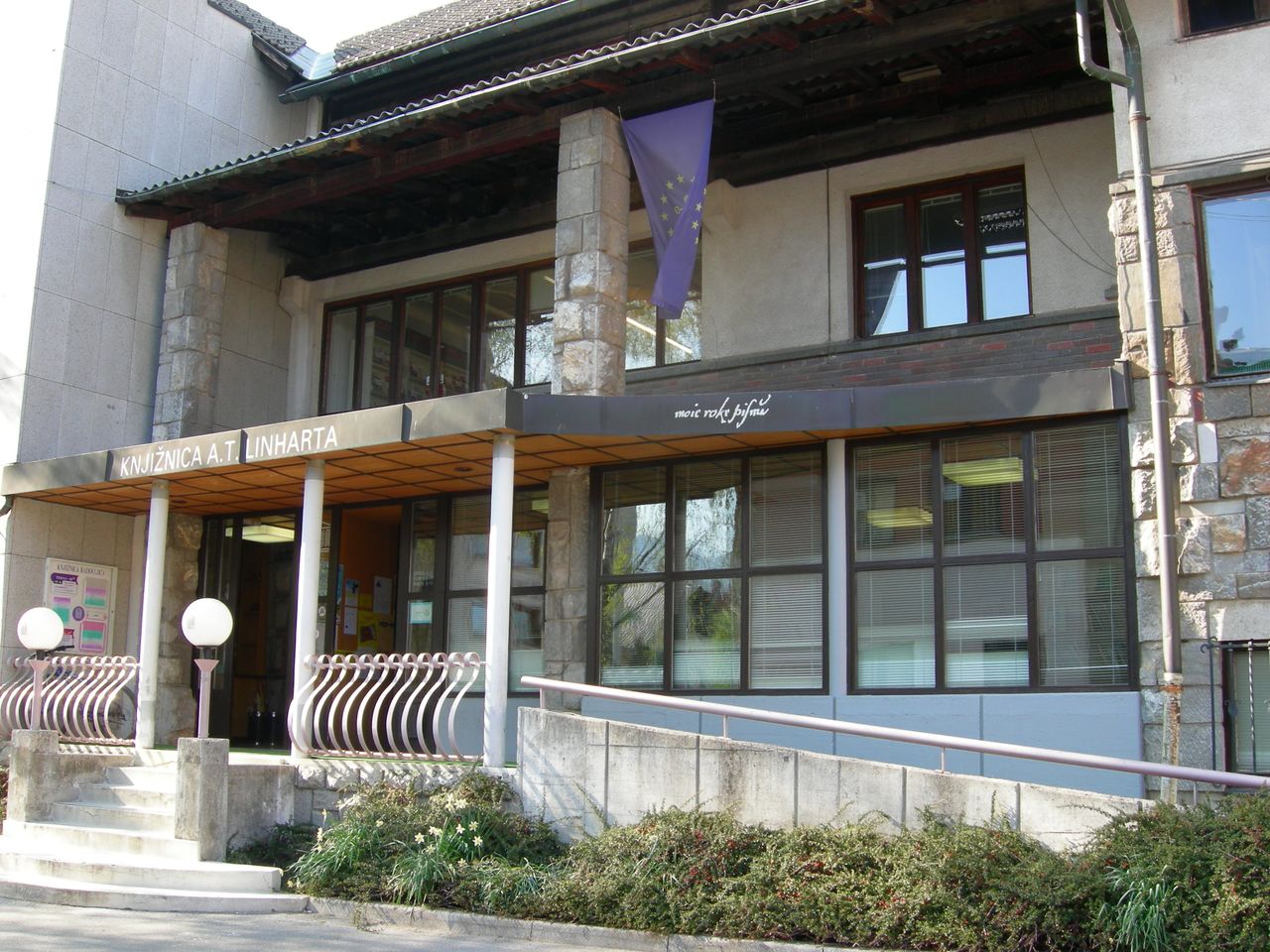 Anton Tomaž Linhart Library Radovljica is the central library in Radovljica, with branches in Begunje, Kropa, Lesce, Brezje, Bohinjska Bistrica, Gorje, Srednja vas, Stara Fužina, Zasip and Blaž Kumerdej Library, Bled. The oldest book in its collection is Valvasor’s The Glory of the Duchy of Carniola (1877), but it also holds many facsimile versions of other old books. Its oldest periodical is Zvon ("Bell") from 1870. The library was established in 1946 and is named after Anton Tomaž Linhart (1756–1795), a Slovene playwright and historian, who was from Radovljica.

In April 2018 the library in Radovljica moved to brand new building designed by ATELIERarhitekti. It encompasses 2,520 square metres of space and offers a rich collection of books and multimedia items, a cafe, youth and children's corners. In 2007 the library’s collection (including its branches) comprised more than 157,000 items. The library organises many regular cultural events for adults and children, including book readings and puppet shows.

Every year the library cooperates with the Bedrich Benes Buchlovan Library in the Czech Republic, which initiated a network of European libraries and schools in the project The Night with Andersen. During the night of 26th of March children and adults spend a night in the library, reading and performing Andersen's fairy tales, chatting via Internet with their colleagues in Slovakia, Austria, Poland and Czech Republic.