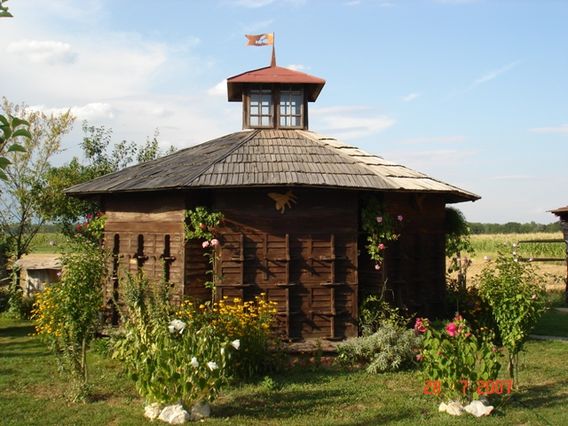 The Apiculture Museum Krapje is an open-air museum, centred around an original octagonal apiary which dates from the late 19th century.It is complemented by various historic artefacts and documents that show the contours of beekeeping and honeymaking in the past.

The museum was established in 1997 by the beekeeper Drago Šalamun. After many years of collecting beekeeping exhibits, he acquired the apiary in 1996. The apiary has a skylight for ventilation and lighting and contains 84 hives, joined in units of 6 hives each, that is the old NASIER System. It was made by joiner master Pok from Tišina for the landowner and teacher Evgen Antauer from Tropovec. In 1945 it was bought by farmer Alojz Šeruga. Drago Šalamun bought it in a bad state, renovated it and established a museum. After his death his wife Marta inherited it. The museum is now managed by Jožef and Dragica Tigeli.

By appointment, visitors can watch the activities in a beehive through glass sections. Fifty bee families are contained in the museum. The oldest beehive in the collection is supposed to be around 300 years old. It is an open air museum where visitors can follow the process of beekeeping, see the collection, and participate in bee wax sculpting or crafting workshops. There also various products, all sorts of honey, bee wax products, propolis, honey wine and spirits.

The museum owners have won many awards for honey making on international fairs in Slovenia, a territory known for its tough competition. 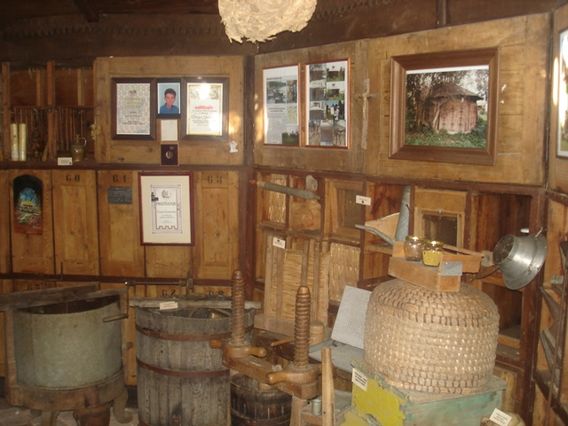 This rare example of an octagonal apiary dates from the late 19th century, Apiculture Museum Krapje

Open air Apiculture Museum in Krapje, visitors can view many aspects of historic apiary techniques. The oldest bee hive in the apiaries is more than 300 years old

Apiaries at the Apiculture Museum in Krapje, established in 1977 by beekeeper Drago Å alamun

Part of the museum's collection of historic bee keeping equipment which includes a range of documentation, Apiculture Museum in Krapje
Retrieved from "https://www.culture.si/w/index.php?title=Apiculture_Museum_Krapje&oldid=181177"
Categories:
Hidden categories: