Established in 1997 and anything but fake, Fake Orchestra are a masterful collective of musicians with a profoundly eclectic musical vision. Emerging from jazz music methodology, they can smoothly merge Slavic folk, African rhythms, Italian canzoni, groovy rock riffs and cabaret songs in almost one go. As easily playing avant-garde as providing likeable pop sounds, they are in a way a parody of the world music industry. All the same, they take their music very seriously.

The collective is hard to pin down, as the seven members of the core band are regularly supported by guest musicians. Thus, Fake Orchestra comprises the band leader Igor Leonardi on guitar, Ana Vipotnik on vocals, Aljoša Jerič on drums (before him, this position was taken by the excellent Aleš Rendla), Jelena Ždrale on violin, Blaž Celarec on percussion, Nino De Gleria on bass and, finally, Primož Fleischman on saxophone. The musicians who sometimes join them are the prodigal multi-instrumentalist Boštjan Gombač from Terrafolk, accordionist Drago Ivanuša, David Jarh on trumpet, and vocalist Janja Majzelj.

After forming, the band focused on live performances and on building its repertoire of songs. Many of them were imaginative covers of Slovene folk songs, some were their own compositions and others were more or less unfaithful takes on jazz or rock standards. Leonardi explains how their repertoire grew by the diversity of their identities, saying that "every member of Fake Orchestra brings their own ideas and their own repertoire. Ana, our singer who does the Slovene songs, was taught these traditional songs by her father. Our other singer, Janja, is an actress – she sings more cabaret and Latin stuff, meaning Spanish, French, Italian songs. Jelena Ždrale, our violinist, has Balkan roots – she is from Bosnia – so she brought these Bosnian songs and Macedonian songs, of which we also have quite a few."

This culminated in the album titled Fake Life, a live recording from the 2001 Jazz Cerkno Festival and, three years later, in a studio record called Fake World (2004). While the first one was oriented to more free and improvised music, the second one focused on their renditions of Slovene and global folk music and featured a lot of vocals. The next CD came out in 2009 and continued their musical vision, even more strongly showing the composing and re-arranging skills of the band and its leader. In line with their concept of international musical transpositions, the album is named Made in China. As their previous releases, this one also came out under the wing of Goga Music.

As for their live performances, they have played a lot both at home and abroad.

The song Slavićek from their 2004 album Fake World

The band leader Igor Leonardi has a remarkable musical history, as he is also a co-founder of two important Slovene avant-garde bands that formed and worked in the 1980s: Quatebriga and Begnagrad. There is a certain continuity from them to Fake Orchestra, as a big part of its current and past collective also played in those two bands. In those times, Leonardi also played with another notable Yugoslavian band Miladojka Youneed.

Later, in the 1990s, Leonardi spent most of his time in America, where he used to play and study with the legendary Don Cherry. He also played with the famous band Metallica and performed on numerous international jazz festivals (San Francisco, New York, Houston, Zurich, Prague, Ljubljana, Istanbul, Belgrade, etc). In Oakland, California, he worked as an expert for various strains of world music. Till now, he has also composed a lot of music for film and theatre productions, released an album of his compositions and started a music TV show on national television. And, of course, played a lot with a number of bands and musicians. 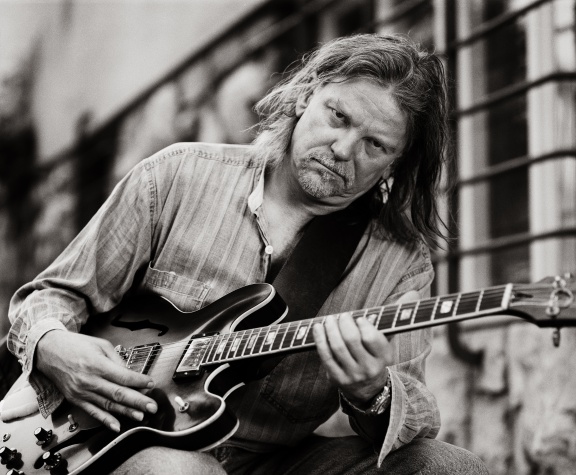